Has no one realize yet that the Doctor is the same character from Hearts Gift? The attending physician for Shiro and Kuro. Also, the main character -I'm just going to call her Rei from here on- reminds me of that movie Split of which the protagonist has different distinctive personalities. 23 to be precise.

Somehow I think the science of this is pure bullshit...

That's because, evidently, you have a functioning nose.

Like, crack a book, author. Or run a google search.

It isn't just the misunderstood mental illness, though. Nobody in this thing acts like a human being.

It’s overdramatic and all over the place, I want more. The overdramatization adds to the horror vibe. Rei is such a bundle of sunshine, I hope she stays

to the best of my secondhand knowledge, thats ? not ? how it works?. with the systems ive known personally, theyd indicated that alters never rly go away; they may lay dormant or stop contributing at all, but theres always a possibility for them to crop back up
also no, sensei is not a murderer. the effect any third party can have the brain chemistry responsible for different identities is minimal at best. even if it is possible to “kill” an alter, the worst u could call this is manslaughter

oh and i should note: im not claiming this depiction of did is impossible, just that it doesn’t line up w/ my own experiences I need to stop reading the drama manga updates last. When I'm done reading, I want the nice feeling of something like Kanamemo to linger, not angst.

ugh its so overdramatized, at least in the first chapter it felt ok. Now it just feels incredibly forced. Uwa. Now this is really just overdoing on the drama.

... and theeeere is all the crazy drama.

Uh, sorry, I mean, DON'T YOU UNDERSTAND THAT DRAMA SOMETIMES NEEDS TO BE SUBTLE?! punches author in the face

Wtf is even happening

Was the drama sh** necessary ? Just for that, i not into it anymore.

I don't think it is meant to be realistic. In my eyes this is fantasy or supernatural. of course this would not be how the illness works.

I like this quite a bit, because it's kinda interesting. I just think there should be some kind of tag that prepares you for this. This is creepy. The tags we have now (age gap, drama & yuri) bring up some unfitting expectations, i think... Oh boy, I am loving this crazy manga.
A crazy girl, a crazy doctor.

But I don't think sensei is a murderer lol.

horror would be appropriate imo

Bingo. Criticizing these aspects means you just have a problem with the genre, kind of like reading fantasy and complaining when a dragon shows up. It's a bit absurd to critique match on the finer points of realism. That's not, and never was, her shtick, rather she has a very consistent, distinct style that's not for everyone. Rather than assuming her writing just sucks, ask yourself if it's just that you don't like the genre or her style.

A better critique would be of what's she's going for and how well she manages to accomplish that. Well, I’m a bit more interested after chapter 1 than after chapter 1. Not so bad as to be irredeemable, but if it ends up a good series, it will be in spite of these first couple of chapters and not because of them.

This execution just feels bad. I like the concept but I feel like I'm just being force fed the idea. I don't feel any dread from the alters dying. I don't mind the idea of being over the top either with the reactions. It's just hard to suspend my disbelief when I don't even care about the deaths of the alters.

Sure, it's a shame. Bye bye, all-in-one fetish package and all. But also, so what? The nature of a person is having a single collective consciousness anyway so just having Rei around doesn't feel so bad (at least in the way the story was told).

Maybe I would feel a sense of loss if how it went was...
Hajime was having a hard time handling things on her own and that's how the alters manifested. (This is prolly how it went anyway.)
The problem with the alters is they have singular traits because of the moment they were manifested. E.g. Hajime gets burdened by the thought she can't be loved so Ichigo gets manifested as a being that is steadfast/hardy while continually seeks love. She gets stressed that the reason she isn't loved is she can't love properly, hence Momo being manifested.

For some time, Ichigo is the personality that's out when she's dealing with her parents. Ichigo has the guts to handle the rejection that comes from them that Hajime can't usually bear. Ichigo always makes sure to switch back to Hajime once all the negative feelings subide. Hajime acknowledges how Ichigo has always taken care of her (Hajime's) heart this way. Hajime's ability to take in the negativity in the pursuit of love is finite.

The alters are in harmony but Ichigo is almost at her limit. She's starting to worry if she can cardy this burden by herself. Suddenly, Sensei comes around and so they don't have to deal with the parents/relatives/whatever it is that was stressful before. Ichigo is relieved from her burden and is finally free to pursue love.

She's never really freed. All she had to bear left scars but she doesn't show it. She's the strong one after all. However, this rejection from Sensei breaks her. She starts getting selfish thoughts like:
"I've done so much."
"Why not me?"
"So much..."
She then realizes that the alters are now unnecessary because Hajime is already functioning. Actually, she hasn't been necessary either. Hajime is able to gain the Sensei's affection all on her own. She didn't need an alter to take the rejections or find love for her. But also, maybe... if there weren't so many, Sensei would pay more attention to her.
She then gets rid of the alters one by one. After all, the only alter that was important was Hajime.

As more disappear, she starts getting a dark thought, "What if I was the original."
She shakes the thought away.

More alters disappear. She tries to shake off another thought, "If I'm the only one left, would I be the original?"

Hajime notes the disappearances and talks to Sensei and this is when she expresses how she also sees them as family. She firmly says she doesn't want to go without them because they're part of her - a part of her life that made her better. Sensei tries to act on this. Every time she tries something, it seems more alters disappear. She wonders if maybe she's the reason. She thinks that maybe the alters are subsiding because Hajime is self-sufficient. She dismisses this once she sees Hajime's despair.

What Ichigo doesn't realize is Hajime isn't self sufficient yet. She has that underlying dread that the past will creep back up. Her "family" makes her feels as far away from the oadt as possible. They're disappearance makes Hajime "feel" like she's literally got that part gouged out of her system. Ichigo doesn't realize this because her judgement has been clouded. She needs to tell herself that this purge is necessary.

Ichigo hesitates when she detects the despair but snaps when she gets rejected by Sensei. At this point, she's just tired of all the negative feelings she's had to bear. She kills everyone but she's having a hard time killing Hajime.

Ichigo cries over how she's a failure at the purpose assigned to her. She laments at how she's even more of a failure for wanting to take Hajime's place and how even while she feels regret, she still wants Sensei's affection. She also feels a bit of anger at Sensei because she's shifting blame for how she's acting hence, she says those things to Sensei in the pre-Rei chap. Sensei realizes it was her mistake for not realising Ichigo's burden. How as the doctor, she was supposed to use her words and actions to guide the patient, to make sure they don't make unhealthy conclusions. But rather than be careful with her actions, she got swept up at the thought of family. As a therapist/psychologist(?), she feels responsible for guiding the patient to this wrong conclusion.

Then we get the fade to black and Rei is spawned.

I dunno. I feel like more development in that area could've at least made me care.

i think the author should do other kind of stuff , like horror. Put so much effort in the fucked up part but no so much in the happy parts.

I kinda liked but i think it goes nowhere I'm getting some serious Hellsing vibes from the dark-haired doctor. She looks like Integra with a different ethnicity!

why is i always Hattori Masahiko with the weird ass concepts

Because Bomber Grape and Dowman Sayman were not available at that time. 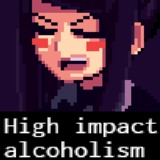 I'm getting some serious Hellsing vibes from the dark-haired doctor. She looks like Integra with a different ethnicity!

She really does, especially in the eyes.

I like the whole restart from zero shit though, it's interesting! I was totally expecting Rei to be a lie though and actually just be Ichigo pretending the whole time just to get with sensei,which I would be down for 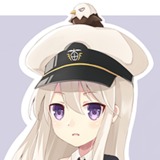 No, of course sensei isn't a murderer. The evil doctor is just over exaggerating it. After all, she's meant to be our first antagonist. She's TRYING to get Rei to hate her. I think I prefer the first chapter way more but it still does have potential. It all falls down to Rei now.