Well, lets see where this goes

I think ots time for a drama or angst tag tho 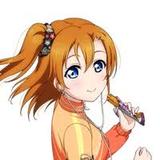 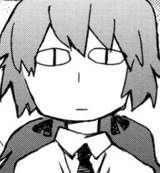 I actually broke my glass in a small fit of rage when she pushed Sumika away and started screaming... well at least I don't have to see all the drama bs Ito keep bringing up lmao

I actually broke my glass in a small fit of rage when she pushed Sumika away and started screaming...

I feel that lol

I really hope this moves towards accepting the flaws and differences in ourselves and other people while rejecting the pedestals we build for them... Ito has her own messed up headspace but it doesn't excuse her own shitty behavior.

I think the story realizes this, from my understanding of things Ito internally realizes that she's doing the same thing Mina did to her, stringing along a girl who values her opinion over their own needs but because of her own personal trauma she's finding it hard to listen that voice in the back of her head that's telling her "You're being real fucking shitty right now, come on." It doesn't excuse what she's doing but hopefully the story fully moves in that direction.

Thats a horrible representation of the Theory of Forms

Not that it is used wrong, its used pretty decently, its just an inadequate explanation of it

And yes, Major Cognitive Dissonance going on, Ito have some major depressive issues

"What No you are not supposed to exit the car, you are supposed to be always out of reach so we can Chase after you and worship you like an Idol"

I literally slapped my face when she pushed her away and cried out in pain cause I hit myself too hard out of frustration...

I legit was like OhH???? SHE'S CONFESSING ONLY 5 CHAPTERS INTO THE MANGA??? TF? But of course something goes wrong...

Honestly, if they're gonna have a good relationship, she's gotta make a clean break from the "this idol is the only person who ever makes me happy" mindset, so I'm not too against her turning her down at this point.

Also it's kinda hilarious that the idol is supposed to be this bitch, but everything she does is nice and comes from good intentions.

ive had enough of Ito

So... let's see here...
Chapter 1: Ito's favorite idol shatters her illusion of her by acting like an entitled brat and she tells her off, which makes Sumika want to get to know Ito better and to learn how to become this ideal idol she seeks.
Chapter 2: Ito gets roped into playing a non-speaking role in her drama that, for some reason, gets kissed, and Sumika actually kisses her instead of doing a "stage kiss". Also, Ito overhears some people spreading rumors that Sumika has a horrible personality.
Chapter 3: Sumika has to fill out a questionnaire that she has no clue about so she seeks the help of the only person she feels could help her: Ito. They go out on a date and, from all appearances, have a really good time. Some rude girls recognize Sumika and put down Ito, but Sumika refuses to give them a selfie because she's "on a date", with a little show of dominance and it is clear that she is actually starting to have feelings.
Chapter 4: Ito and her friend attend the event the questionnaire was for and Sumika does a pretty good job of making a girl who has similar self-esteem issues to Ito feel better about herself, thinking she did a good job, and Ito starts telling her off because it is too similar to the two-faced type of things the girl-next-door, who she obviously used to crush on, used to say to her face, despite saying mean things about her to her friends. Then the girl-next-door herself shows up and throws Ito into a whirlwind of panic and she pretty much makes Sumika feel like SHE was the one at fault when, this time, it was ALL ITO.
Chapter 5: Sumika is depressed AF. She wants to quit her job but is convinced that she needs to be a professional. The jerk from before (most likely) posts trash talk about Sumika being a horrible person and her management team tries to keep it from her. In her depressed state, Sumika wanders off after a shoot, worrying everyone. Ito figures out that it's probably her fault so she helps look for her, finds her, then, Sumika convinces her to let her play in the school pool, where Sumika confesses to her and what does Ito do? Does she think back on the fact that she has actually gotten to know this girl as a person and enjoyed her time with her? NO! She DOES come to the realization that her IDEALIZED idol Sumika is not a real person that exists in the real world, but does that realization help her come to grips with the fact that the "uncomfortable feelings" she has when she thinks about her might be something to do with attraction and romantic interest?

She takes it as some sort of personal affront and rejects her outright!

Ito is, frankly, damaged goods thanks to her girl-next-door and is currently a raging bitch! Sumika seemed like a bitch at the beginning, but at this point, I don't think she is one.

I still think Ito is a good character, and that the manga can go to some interesting places, hopefully with Ito facing her insecurities and problems. Looking forward to more.

...readers slapping themselves and breaking glasses...

Yeah, Ito's troubled. Her reaction was hard to follow. But.... case and point, people are weird and have strong emotions about the wildest things, reasonable or not.

I think zensunni made a nice summary there, but I'd come to a different conclusion, which goes along the lines of "they don't really know each other!". Sumika may actually know Ito much better, since the latter is always questioning if what she sees is "the real Sumika" or not. And while Sumika at first appeared to be superficial, she's rather invested in Ito - meantime Ito is very much (still) engulfed within her own trauma.
So. yeah, Ito is not in the right place and mind. But, how could she? Trust takes time, especially for someone who felt so intimately hurt before. 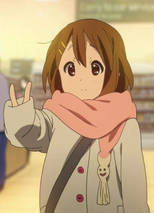 What the person above said... it's been so long I almost forgot what this was at a glance

What the person above said... it's been so long I almost forgot what this was at a glance

The manga is ongoing (ch 12 I think) unfortunately it seems like the translation has stopped.

This Facebook page has the Rae’s to it, along with the Rae’s with every YH manga, and Yuri Dengeki manga

What happened to onesnowyday translates? No action since march, are they alright?