Lizbo
Our Yuri Started With Me Getting Rejected in a Dream discussion 25 Jul 18:34
Quote

Interesting how Hijiki removed the obvious blow job reference that was in the Twitter version, only to sneak in another, more subtle one. I suspect editorial interference.

The old one was obvious, yes, but I have no idea how you can see this as one...

For the benefit of those who may have had a somewhat sheltered upbringing, Hinoka's tucking her hair behind her ear before putting the thing in her mouth is a classic manga trope that in turn references a classic adult video trope: when performing the abovementioned act on camera, it's essential not to obscure the punters' view of the proceedings, so anyone with long hair has to take steps to keep it out of the way before commencing.

Note that there was no real danger of Hinoka's hair getting in the taiyaki; she apparently managed to eat her own without any special precautions.

Lizbo
Our Yuri Started With Me Getting Rejected in a Dream discussion 20 Jul 15:12
Quote

Interesting how Hijiki removed the obvious blow job reference that was in the Twitter version, only to sneak in another, more subtle one. I suspect editorial interference.

Re chapter 113: it's usually spelled "confectionery". 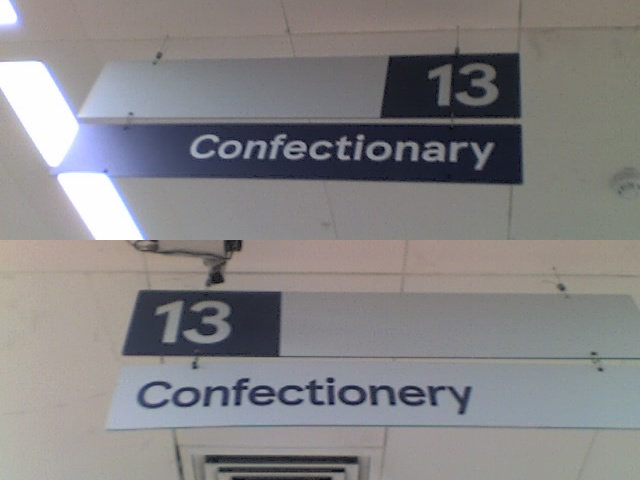 To those worried about (or eagerly anticipating?) an imminent encounter with Truck-kun: Given that the future Ayaka is clearly alive and well, I think we can safely rule out the possibility of a fatal accident.

Although... We don't see whether or not she still has her legs...

Pages 9 and 10 are in the wrong order. That, or they keep offloading the scarf onto each other when nobody's looking.

This is a sort of prequel.
(That thing in Sakurako's word balloon is actually the character for "rice", just so you know.)

As threatened, here's part 1 of my artist cleanup suggestions.

I've decided to post this stuff in instalments, partly because there ended up being quite a lot of it, but also because you guys may not necessarily agree with my suggestions as to what names to use. Some feedback would be welcome once you've read it over.

This is a list of artists who are listed under something other than what seems to be their actual pen names. I've struck through a few names that appear to be completely bogus (following my 100% thorough and reliable investigation...); the rest can probably be kept as an "also known as." Some already have the right name as an "also known as," which obviously becomes redundant once they're changed. There's also supplementary information such as Pixiv links.

I haven't attempted to romanise any Chinese names, by the way. Nor did I check every single artist, because that wasn't what I was originally trying to do...

is Miharu
Twitter is ras0530, circle is Soumen Kingdom, so I have no idea where "12wesxd" comes from.

8808808 should be 88O88O8
Also known as ᴋᴍ, which might be better as the pen name, but maybe it's better to stick with regular alphanumeric characters?
https://www.pixiv.net/en/users/1266345

火の鳥～甲子園編～ is Radio Crusher Tokunaga
火の鳥～甲子園編～ is "Hinotori ~Koushien-hen~" ("Phoenix ~Koushien Volume~"). This name is not currently used, but I'll assume someone didn't just make it up...

精密度100%
Since this artist is also known as saramanda_kun, that might be a better name?
Or if anyone feels brave enough to decide on a romanisation, here's the Wiktionary entry.
https://www.pixiv.net/en/users/15633186

is Koketsu
"almi" is definitely bogus: someone mistook the title of their doujin for the artist's name.

BDR08080 is Sanho
https://twitter.com/342g__love
They renamed their Twitter from BDR08080. Didn't know you could do that. But it shows that Twitter account names aren't a stable reference, for what it's worth.

buson0120 should be just Buson

Fakepucco is now usui
Description should be updated: "...and has no yuri on their Pixiv".

Fujitaka Nasu is Fujinasu Taka
Perhaps they changed it around to avoid confusion with the other Fuji Taka Nasu.

Ginko is now sakaki (note all lower case, which is also useful to distinguish them from the other Sakaki)

Gunner is Akari Kumato aka AkariKstar

That was a lot of effort considering that some of these guys only have one or two images posted, but I found some interesting things along the way, so it's all good.

As you can see, I've got as far as G, which is about one column's worth, so it seemed a good place to take a break. Lots of H coming up. Heh heh.

I felt like it was the kind of story that'd even make people who never post, decide to post for the first time, but guess I was wrong. In fact it got less comments than average one-shot. Guess it wasn't that good after all.

Well, it's certainly sweet and heartwarming, but the yuri element does seem like a bit of an afterthought.

Lizbo
Do you find yourself thinking in different languages?? 24 Apr 12:36
Quote

Not sure if this counts, but I recently stumbled across some pictures of a model named Mimi Desuka, which I immediately translated in my head as "Are these ears?" She isn't Japanese, by the way, and no, those weren't her ears.

Any good Ring Fit Adventure yuri doujinshi out there?

Lizbo
If You Could See Love discussion 24 Apr 11:45
Quote

I think we’ll still have a poly end, but now it’s not looking like a slapdash “their lips touched and now they’re poly” anymore.

Jumping straight from the accidental kiss to the teacher's poly relationship was what made me think this was rushing towards the ending, but now it looks like that was just slightly strange pacing on the author's part.

Blues are so cool.

Soon.....they will be nothing but stick figures! And I'll still read it and love the hell out of it if it's this cute!

Petition for this to get couple-tags like Virgin's Empire

Please no. The couples aren't that clear here and deciding on for example either one of "Piyo x Tsubaki" or "Piyo x Kaname" will give people the wrong idea of what's official.

Ningiyau even posted this to deter the shippers, though it doesn't seem to have worked too well... I was already shipping it, but this just made me ship it even harder

The irony is, the text of the original tweet translates as "Here's a sketch to silence the fixed-pairing freaks." (Presumably those who favoured Fuji x Kishiya or Yatsude x Tsubaki.)

Nice to see the lizard got away.

Lizbo
She's Not What I Expected discussion 23 Apr 13:34
Quote

It could just be my imagination, but those seem to have been cropping up a lot in manga recently.

I decided to read up about them, so I went to Wikipedia, and am now informed. I made the mistake of hovering my mouse pointer over a link to smallpox, though, which rather spoiled my enjoyment of the chocolate brownie i was munching on at the time. I wonder if this was the inspiration.

Ah, the fabled moe pipeline. And all we have to do is connect up our butts and let it flow. Wonderful!

Lizbo
Who Decided That Blues Had To Be Cool!? discussion 22 Apr 12:58
Quote

Ruby not hesitating to touch the butt lol. I wouldn't be surprised if she recognized Azu's real form solely based on her butt

I'm sure she would, if she ever actually got to see it.

That's why we need that swimsuit episode!

Lizbo
Who Decided That Blues Had To Be Cool!? discussion 21 Apr 15:48
Quote

The return of Foxy and Buns! I approve.

Lizbo
If You Could See Love discussion 21 Apr 15:10
Quote

Not deterred by my previous theories failing to pan out, here's a new one! Rinna was actually into Akane originally, but transferred her affections to Mei after the stalker incident. But following the upcoming visit, Akane and Rinna will end up getting back together, and Sayo will have Mei all to herself. The poly thing will end up being just misdirection.

Having typed that, I'm not sure I even believe it myself. But there it is.

Okay, so... This has been on my mind for some time now, but... After figuring out how not lizard came into being, I can't help but wonder why there was a lizard tag in the first place? What is the true purpose of this tag and what devine work inspired its creation?

I assume it was this. (I know it wasn't Transistor Venus, because that was only tagged relatively recently.)

Oh, adorable was usual
Oh, but do we know in what the mistress work?

No. Though her implied socioeconomic status and often being buried in paperwork suggests whatever it is she's at least at the management level. Could be some kind of business, could be family property (those could be startlingly diverse), both...

But she already does that as a hobby...?