KangaNoodles
A Manga With Too Many Premises discussion 16 Feb 10:25
Quote

We need to go deeper. Next have them hit by Truck-kun and end up in a medieval fantasy setting. After that put them in a yuri harem situation with a few other girls. And then finally have them form an idol unit... while also being magical girls.

Move it at the same pace too and have it all wrapped up by 2 chapters, its perfect

I got too excited and had to comment about the art and didn't read the mangakas name, but holly shit their expressions in some of the panels!!!! Too hilariously high impact

Shit just got real! But it's still super fun?! Amazing

This is super interesting. Seeing feminism as a movement mentioned in manga is pretty rare, and even more so in a period piece. The way this story integrates the political undercurrents with strong, mutual development is also quite impressive. I'd heard about Sayonara Rose Garden before, but never got around to reading it. Definitely gonna check it out now.

Sayonara rose garden is honestly one of the best historic (fiction) Yuri romance mangas I have ever witnessed. If anyone knows of anything similar please do tell!

I love how Namori sensei has this complete flip side. Capable of ridiculous hilarity and switches it up to seriously depressing

https://dynasty-scans.com/chapters/school_zone_ch75#7
I see what Negoro was getting at a few chapters ago when she was in the change room with Kei... DAT bish stacked HF where she hiding them things?!

Definitely runs in the family, she was more top than her onee-chan for a split second

https://dynasty-scans.com/chapters/shy_ch59#20
This looks too badass! I hope she can use that thing

Dang, this should interesting. Artstyle is pretty moe compared to the stories "adult life issues/ominous undertone" trope, mangas like Even though we're adults, Run away with me girl and even It's a detached relationship have that whole non moe sorta look to it... mind you I love your cruddy... has a pretty moe artstyle effect for what's actually going on in the manga.... but I think that's what they were going for... Sorry to go off on a tangent! Anyway, looking forward to more of this!

Shits been getting real. It got a little darker.... Contemplating reading again (for more info/something I've missed and a refresh) or just watching s1 and reading s2 til the anime airs.... Thoughts?

I'm noticing more Adult life and Office lady yuris, were our prayers answered? Like I don't mind the jk stuff but its so..... trope? Here's to a new era! Im down for a future where the OL Yuri will become the trope!

Cute as hell, gay as hell, interesting characters, what could go wro-oh yeah its already axed. Up there with Pocha Climb as this cursed years biggest casualties.

The art style is so wonderful! I like the whole thing so far, it does kinda remind me of that itou hachi one like someone above mentioned, but different and not as icky... Looking forward to more

I know it's a tissue but I just can't see anything other than a goofy mouth on this panel and I can't stop laughing at it.

I thought the same thing!!!

I don't know what it is, but something (everything) about page 8 makes me laugh. 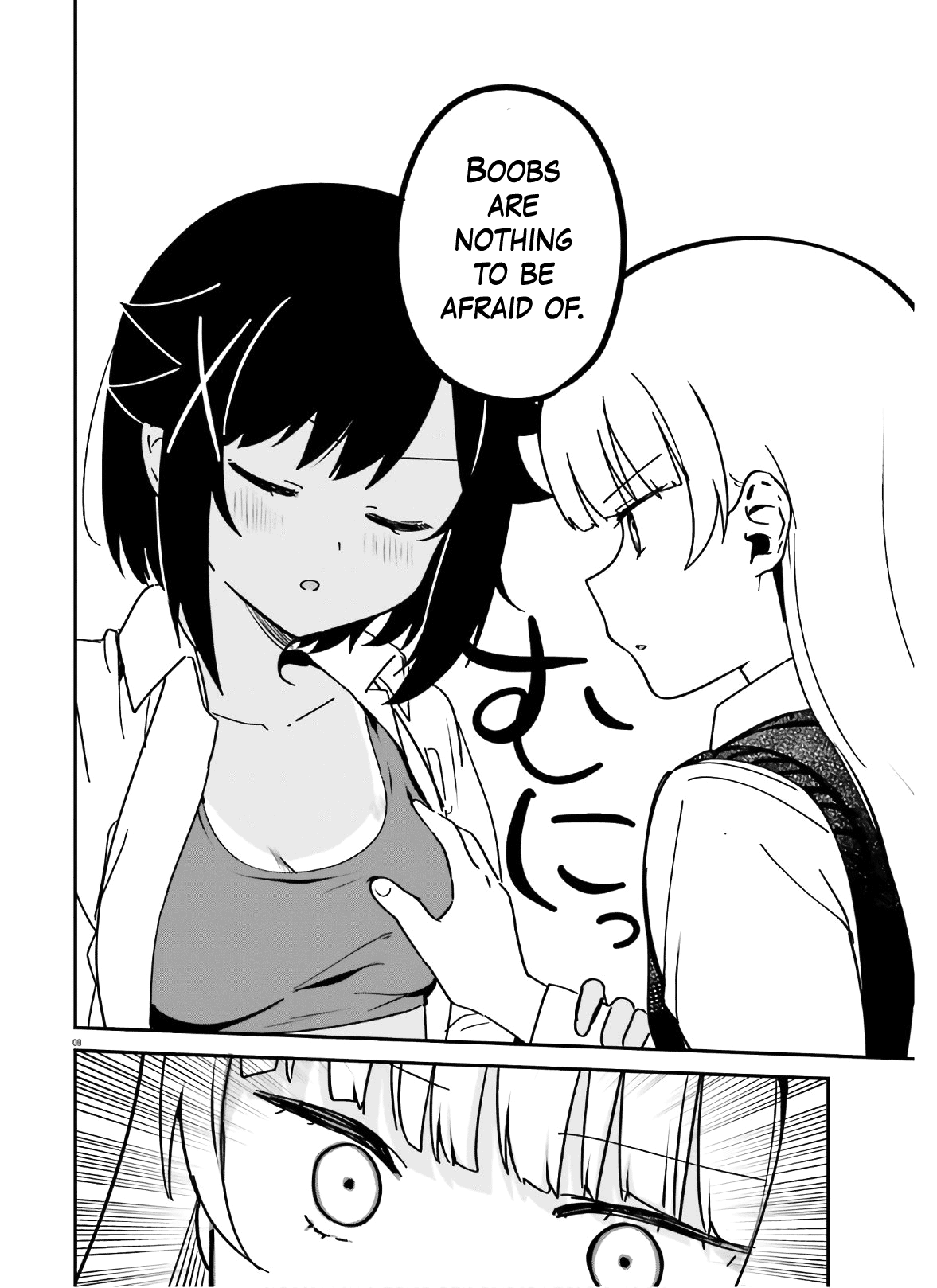 So Yatsude would be more like "Ey im walkin ere"? That's cool.

Haaaah! That's the accent they end up with in my head, sounding like a yokel never worked for me. You can make em sound however you like in your head! I'm just stoked there's people out there translating this stuff

KangaNoodles
A Monster Wants to Eat Me discussion 01 Dec 00:25
Quote

Mai looked worried when Ai went full attack mode.... maybe there was a small part of her left not yet corrupted? Well too late now.... They look better as a fox spirit anyway

That felt like the end of an arc, the whole point was pretty much to cut ties with the middle man by doing an espionage mission and passing the info onto the company they're making the deal with. Couldn't have been done without Black doing the espionage mish and bleeding info from her old mate who was part of the middle man company, he was planning to get the joint venture contract to be cancelled due to greed for doing so. White elaborating on this plan devised by Black to outs the middle man, has ties to a lady on the joint venture company side to pass the info acquired by Black about "shonky biz from the middle man" onto. Sneaky! I love it! It's like they did nothing by the end of it but prevail like fuck! they do make a good team and they know it, but they both too tsun to be thankful to each other.

This is a pretty shitty summary, but anyone who doesn't follow the story so far might get the gist of what's going down with this shitty explanation and a re-read of the manga (I went back and read chapter 1 to 4 just to understand wtf is happening... I think I get it)

KangaNoodles
Who Decided That Blues Had To Be Cool!? discussion 28 Nov 09:52
Quote

This mangaka doing magical girl hates her gig type shit? I'm so fucking down for this...