I’m rather inclined to agree

inko-sensei is a self insert character... tatsubon just wants to draw hard-boiled manga, but was pushed into doing yuri. they just want someone like nikaidou to beat up their editor, and bullies irl.

Here's hoping this scuffle brings Tadokoro back to the light side (so to speak) in drawing hardboiled manga.

I realized when reading the newest chapter that this is likely the EXACT reason for this whole set up. She's going to see her girlfriend act like a badass, get inspired and make a new hard boiled manga. Her new series will be a hit, and it'll prove the stupid editor wrong. I'm 100% calling it, this event isn't just a "random occurrence" like some are claiming. It's entirely set up for manga inspiration. Still I hate the attempted rape, and I wish the author could have found another method for hard boiled inspiration.

You called it. It's exactly so.

half way there. editor, you're next!

So last chapter seemed out of nowhere, and now it all comes together. I can get behind this.

Well, too bad there's no blood, at least the broken bone will do the job, no need to worry, they won't feel it tomorrow

Jeez I didn't realize how many comments there were on here...

john wick read chapter 62, and decided to retrain as a scented candle artisan.

They are rage, brutal, without mercy.

You will be worse.

Rip and tear, until it is done

Just wondering, did the translation for the serialized version (which is ALSO a webcomic) stop due to being pretty much the same as the twitter version?

For all you who didn't like the whole "heroic saving from rape" check out megami no hanabira!

One of the most underrated sonohanabira fanfics ever! It ends with a risa & miya midquel tease 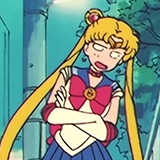 You can only get charged if you get caught. 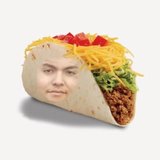 Nothing wrong with that.

Just wondering, did the translation for the serialized version (which is ALSO a webcomic) stop due to being pretty much the same as the twitter version?

Ah yes, the Power of Friendship

You can only get charged if you get caught.

"You don't know the power of the baka side."

Now that those hooligans are dead, can we get back to these two idiots , flirting?

You mean get back to the scheduled murder of one Evil Editor (™) in a certain manga company?

For anyone interested, here's an interview with Tatsubon by Lilyka.
https://www.lilykamanga.com/post/meet-the-artist-episode-4-tatsubon

They are rage, brutal, without mercy.

You will be worse.

Rip and tear, until it is done

In the first age, in the first battle, when the shadows first lengthened, one stood. Burned by the embers of Armageddon, his soul blistered by the fires of Hell and tainted beyond ascension, he chose the path of perpetual torment. In his ravenous hatred he found no peace; and with boiling blood he scoured the Umbral Plains seeking vengeance against the dark lords who had wronged him. He wore the crown of the Night Sentinels, and those that tasted the bite of his sword named him... the Doom Slayer.