I want to put that teacher in my handbag. Then I'd carry her around all day, and open the handbag sometimes to look at her. 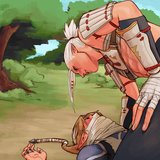 The only thing that scares Kokeshi is her memory card filling up. 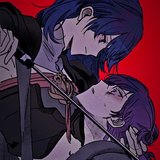 If you're looking for the Gay inThree Hopes: A NEW CHALLENGER APPROACHES!

Join the Cult of Kokeshi. We have cookies. And lube!

ArcaJ
The Guy She Was Interested in Wasn't a Guy At All discussion 13 Jun 19:24
Quote

I want some love triangle

How about, Aya is torn between "Work" Mitsuki and "School" Mitsuki. She hasn't put together that they'rethe same person, yet. Plus, everyone in class is shipping them already.

Imagine Mituski feeling that she has to compete with herself for Aya.

ArcaJ
Our Yuri Started With Me Getting Rejected in a Dream discussion 13 Jun 18:21
Quote

I'm beginning to think her "friend" wouldn't reject her confession.

there are somany "Plain girl x Gyaru" stories lately. Should this haveits own tag?

ArcaJ
Something Only Known as a Concept discussion 08 Jun 11:15
Quote

Her pervy powers allow her to sneak up on a Mary-San. Thisis an Avengers-level threat!

I understand why Yvonne is doing this, but it still hurts to see. Hurt her now, or eventually, murder her. Not much of a choice.

Hanako-san is a bit different from the legneds. I prefer this one. ^_^

I'm starting to get used to Kokeshi's pervy sense of humor. Am I becoming strange?

ArcaJ
How a Coincidence on Friday Blew Away My Exhaustion. discussion 04 Jun 12:27
Quote

Going by her tanline pattern, Yuki must be in a sports club, like swimming. Perhaps they met at the pool.

I feel like there should have been a downtime chapter between the last chapter and the final chapter. Going from Madoromi to timeskip we're married and living together epilogue felt really sudden.
It's strange. In any other manga it feels like that Madoromi would have been paired with someone else either through the manga or after the last chapter where she "reached her character development" so now she can grow and yet here that was the end of it all, she remained alone, with her character arc being "Learn that you are a piece of shit and that such an attitude will never get you anywhere in life".

I agree. It feels like there could have been a few more chapters, maybe even an entire extra volume. Still good overall though.

I'm going to sound old for a moment:

Isn't it nice that we're talikng about aYuri manga ending,where they could have wrappedthingsup with a few more chapters.

Instead of staring at an ending with one, or both, leads dead, suddenly straight, or stuck in a loveless marriage?

How far we have come. I also like the angle of a fujyoshi falling in love with a fan artist. Then,that artist realizing her ambition and getting her manga published and serialized. I lovedthat Misumi doesn;t just put up with Ai's extreme fangirl behavior, it part of why she loves her.

ArcaJ
The Secret of the Ever-Cool Senpai discussion 04 Jun 11:54
Quote

"There's a ghost behind Senpai, and she's my type!"

When you meet a girl who opens your can, just to protect your manicure...
MARRY HER!!!!!!!

ArcaJ
Our Date That One Night discussion 31 May 11:19
Quote

I haven't really gazed at the stars in years. Our family has some land in the country (just a couple acres with nothing on it). We should go out one night and try it.

Also, Hoshino NEEDS to wear that mascot costume on their next date. ^_^ 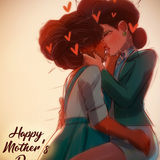 Two of my favorite Moms (who are NOT dead) 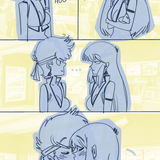 Funny part is, they would totally do that. Especially in the Dirty Pair Flash reboot.