I think Tasuku meant to compliment him, and help calm him down, but neglected the severity of the situation. A big misunderstanding. 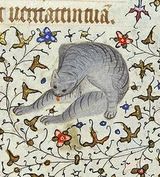 These characters are 11 and, what, 15? You can't expect adult-level critical thinking and impulse control at that age. Both of these kids are unsure of themselves and behaving in a self-centered way... it's not a recipe for likeable characters, but it is pretty realistic.

Anyway, I'm also liking this more than I thought I would. The art is fantastic; I love the scenes where we go into the character's mindscape.

Is Anonymous a ghost/supernatural in any way, or is that just an effect of Tasuku's point of view? Right now I'm leaning toward the second interpretation, the author might just want to leave it ambiguous though.

(EDIT: especially since we see similar 'sparkles' coming from Misora as we saw from Anonymous before... I don't know if that means anything, but it's something I noticed when re-reading the current chapter)

Obvious metaphor is obvious, but yeah, I was pissed off that nobody seemed to care about the goldfish. :I

Wasn't the hero the senpai that MC had a crush on, too?

Tchaikovsky goes pretty well with this one, I should say. Pathetique during ch.9 gave me some good goosebumps. Pieces just happened to coincide with my reading speed as well, so when the old man put one playing I did as well.

Great art on this one. I like some noses for a change. 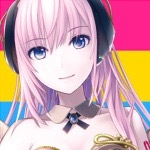 Obvious metaphor is obvious, but yeah, I was pissed off that nobody seemed to care about the goldfish. :I

Wasn't the hero the senpai that MC had a crush on, too?

Nice little callback to the "So, do you like goldfish?" line from earlier.

EDIT: Aaaaand, it kinda looks like senpai has a think for our MC. 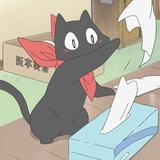 tasuku should've handled it better, but it was forgivable because he is still a high schooler. misora's anger was justified and i totally get that they're literally a prepubescent child, but if someone said those things to me when i was in such a delicate place about my sexual orientation, i don't think i could forgive them, child or not. just reading those pages felt like getting punched in the chest. i don't hate misora and i want to see them develop as a character but wow does that leave such a bad taste in my mouth. either tasuku has suddenly become very secure with his gay identity or he is just a really forgiving person because he seems pretty unaffected by the insults.

anyways the art in this series is fucking amazing and i've been waiting for it to appear on dynasty. when that city hall dude appeared for the first time i immediately recognized him as tsubaki's dad, just from the similarities of their profile view. and the dialogues and visual metaphors are beautiful, reading this series always takes my breath away.

That cityhall guy is exactly the type of people I hate. People who can spout offensive lines when they think they are considerate. People who affect to not mind gays and show the world how tolerant they are, but who gossip anyway. And if their own kids get involved it can only be a mistake and they should be cured. Or they got contaminated by the gay virus. And they would be first in line with the pitchfork.

If someone were to come to them and complain about the lounge and the gays, they wouldn't call them on it. They would ask the lounge people to not make waves, to be more discreet. They'd think they are being considerate you know.

Btw, Tsubaki isn't a sempai who noticed Tasuku. He's a member of the same commitee and in another class. They are in the same year.

yeeesss I'm so glad that this is getting uploaded here

Tasuku is in high-school you know, he is not 30. I think no one is at fault, they experience things hard for people at their age. Its normal for them to get sentimental.

Doesn't mean he wants to be a girl. He just wants to look like one. Look like his sisters. That's another thing that kinda annoyed me, Tasuku trying to fit him in some nice little box with a stamp on it. Misora obviously doesn't know what he wants himself and I think it's fine that way. He'll figure things out in his own time, no need to rush him with some label.

aaand, is nobody seriously gonna mention how mr. crush got all crazy about the goldfish? i was totally blindsided by that. i thought he was going to help out by breaking up the fight. turns out he cares more about the goldfish. made me lol

Really liking this one. The vibe seems similar to some of Shimura Takako's work, in particular Hourou Musuko, unsurprisingly.

Wrote something to try explaining why this is good without giving away secrets:
https://terrenceswiff.wordpress.com/2017/05/17/shimanami-tasogare/

BOY is it damn good, though. 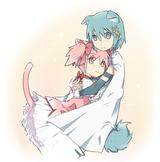 This is really an amazing series... it goes really deep. I love it so much. Just waiting for the next chapter. It talks about sexuality and gender, as well as the idea of wanting to look like a girl but not be one. I appreciated how it talked about LGBTQA+ themes while taking them seriously. The characters were well done and the thoughts that were portrayed in this series really made me think.

Wow, a gay man's romantic feelings treated with sensitivity in a manga. Another magical chapter.

I'm starting to read this, 5 chapters so far... is hard to read but beautiful too

Oooh... an FTM character that doesn't look like a trap. So rare. 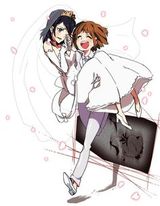 I was a little hesitant to start reading this but man am I glad I did! I think this is the first time I've read a manga about LGBT characters who all feel so realistic.You can really tell that the author is either LGBT themself or has at least done their research, which is pretty damn rare in manga that deal with these kinds of themes.

Lesbian sidecouple would be a good band name. 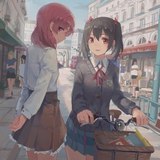 I was a little hesitant to start reading this but man am I glad I did! I think this is the first time I've read a manga about LGBT characters who all feel so realistic.You can really tell that the author is either LGBT themself or has at least done their research, which is pretty damn rare in manga that deal with these kinds of themes.

Yeah, the mangaka is x-gender and asexual.

Thanks for the update. Glad I read it. It's amazing, I love it, from the story and art, everything.