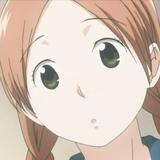 I like the pacing better in this manga, it also feels more romantic, good stuff. 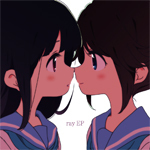 I like this version more because it doesn't have this gimmick about little girl who thinks she’s an alien. That was some artificial LN stuff. Now it feels more romantic and nice.

huh, kinda surprised to the rather mixed reception I've seen this new vertion get, I don't think is that particularly fast paced really, it's basically the second half of the second chapter of the LN, "Future Fishing", but just removing the little blue girl and Shimamura's friends, more than likely for the sake of having the focus only on the two mains for the first chapter, it does lose some context of Shimamura's inner thoughts since those were following her chat with Yashiro but other than that I think it was a pretty nice chapter personally.

Nothing remplaces the original LN, and it's unfourtunate that the 4-koma version only made it at 3 volumes (hopefully it reached a nice point to end) since I also enjoy that one, but I am all for a "regular manga format" version of this story.

I am sucker for a manga with good use of panel composition, and while nothing really "great", I particularly like the use in pages 16, how it looked like they staring each other through the same page but from different panels, 17-18 with the panels foocus on their movement, 33 onhow it follow Shimamura's expression and inner thoughts and the set up-fake out in 34 and 35, I am gonna throw a dart at the dark and guess Yashiro also received mixed opinions over there lol.

As for the tone, I should re-read the first manga to fully confirm, but I feel like this one catches the overall feel of the LN a bit better, or at least the way how I think of it anyway, like all three are Slice of Life, comedy and yuri, I agree that this manga feels more focused on the yuri side while I personally feel the first one was more focus on the comedy side of it, again I should probably re-read it properly, but at least checking chaper 4, it feels that way to me.

I don't really feel their personalities really changed either, Adachi is less awkard but really at this point in the story, without her POV still not shown how much head over heels she is about Shimamura, and without the supporting cast it isn't shown how super awkard she is around other people, so sshe feel around awkard enough for me at this point of the story and Shimamura being less oblivious seems that way thanks to the focus of the chapter on selling the yuri angles, really, the lines that may make her seem less oblivious are also in the LN.

It's a bummer that the enire first chapter got skiped, though who knows it may be done eventually, but I am guessing Moke (assuming they are who made the desicion) wanted to use this chapter to show as many different beats of the main character's relationship in a single chapter to catch the attention of any reader who hasn't read the LN.

(Also, unless Yashiro REALLY didn't matter in the later LN volumes and was really just a crossover character/"early installment weirdness character" I am guessing she will appear eventually and was just excluded for the sake of not taking atention away from the mains)

Anyway, since I 've been procrastinating the last handfull of days and there won't be a Nettaigyo chapter this month, I've been thinking a lot in Adashimamura so I wanted to share my thoughs about the first chapter of this new adaptation, looking foward to following it!

Thanks a lot for all your work in this franchise sneikkimies!

Yeah I find the reception more divided than anticipated, and the only thing I can say in defense to the old one is that I liked Shimamura's original design... But If I had to pick---... well maybe I'll just wait to see at least 2 more chapters to make my final judgement XP but yeah I like this new take. 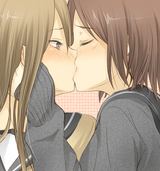 yep I guess I prefer the first one over this. like most people said this one totally felt rushed. I didn't consider it "from a different view" story because the characters feel way different than the ones we know. it's like here Adachi got more direct and didn't feel the awkwardness she had in the original manga(which I liked about her) and Shimamura got a bit shyer here instead of her usual confidence self. well I hope the Anime will be following the first manga instead of this one, but who knows, it's still the first chapter, maybe it will have things that I would prefer more than the original manga.

edit: I still haven't read the LN yet, but I guess a 12 episodes Anime would be a bad choice to adapt a slow burn romance story without getting annoyingly rushed at the end or end without settling the romance(unless it miraculously get 2 cours which I pray for) then I guess the anime will have the same start as this manga.

It has none of the atmosphere that made the first mango such a nice read. And also no qt future alien. Why even read.
And now I'm a lot more skeptical about anime too.

I like this version more because it doesn't have this gimmick about little girl who thinks she’s an alien. That was some artificial LN stuff. Now it feels more romantic and nice.

Yashiro doesn't just think she's an alien, she literally is one

I enjoyed the slower pace, but let’s see how this version turns out. I’ll have to pick up the light novel at some point.

It might skip over things but it's not necessarily a bad thing, manga and LN are different medium after all. Besides the author decided to forget about Yashiro so they can't be a bad person haha.

We're all aware that Yashiro could easily show up in the next chapter, right?

The feel this one gives is completely different from the older one. I kinda liked the peaceful feeling the other gave. Things happened naturally, at a natural pace.

This one is more rushed. Adachi is a lot more clingy and Shimamura a lot more spacey.

But I have a thing in common with this version's Shimamura : dealing with people is a pain and socializing for the sake of socializing is a bother. 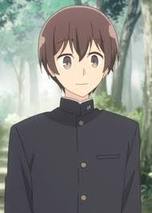 I liked the old one more because it had more buildup, things happened at a more natural pace and the interactions seemed to flow better. Not to mention this cuts ALOT out. Idk im just thinking "the more the marrier" when it comes to content, i dont like the rushed feeling of this one.

Kind of feel conflicted that there is no Yashiro(that's the name, right?) in this one, hmmm

Pretty sure I'm not mixing up anything, since I have worked on all the releases as QC so far. I end up reading each chapter several times when I do that, so you could say I'm pretty familiar.

It's just my personal opinion that Adachi seemed less assertive in the original. I think a lot of the scene changes that were made so far in this new version have trimmed out some of the interaction that had her being awkward or blushy. We'll just have to wait and see what's up with the changes and pacing to see if that trend continues.

Hate it. Other version is better.

If you're still wondering about it, you could try reading the first chapter of the original. Adachi is pretty bumbling in it in my opinion and it doesn't take much for Shimamura to throw her for a loop.

I have to chime in; so far I vastly prefer the original in both art and writing. Going back and re-reading the first chapter of each side by side, it feels like the original gives way more information with less words. In the original, each piece of dialogue serves to demonstrate the subtleties of Adachi and Shimamura's personalities, their relationship, and their setting/motives all at once, whereas in this version it seems as though it's only used to move the plot along or provide somewhat heavy handed exposition and only shows their relationship and character motives at a surface level.

In my opinion, the slower pace and "less pronounced yuri" of the original that some have pointed out allowed me to become more invested in the characters and their interests, and helped make their relationship and attraction feel more genuine, rather than feeling like it's merely the product of being in a yuri story.

That being said, since it is the first chapter of a remake it could be that the beginning is partially written under the assumption that readers are familiar with the original and that the pace and dialogue will acclimate once the story has caught up to its predecessor. I'll just have to wait and see I suppose.

So what does 'Moke version' mean?

Moke is the new illustrator for this new version. 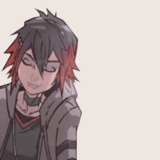 I prefer this version, I couldn't really get into the other version because the art style was too overly "moe" for me, I'm picky like that.

I like this new version based on this chapter so far. It has more romantic undertones granted that it sacrificed some scenes (& characters) but I think it made it up with the character expressions and the non 4-koma format to really dramatise the scenes. Of course it’s all preferential. I liked the earlier version but I love this more fast-paced, more romantic and less random (with the introduction of the little alien, albeit she was cute) version of Adachi & Shimamura.

Thanks to the scanlators! always grateful for new, quality yuri content.

Probably only after Yashiro reveals herself to actually be a blue cyborg named Nebula.