usually when an anime I am enjoying has a manga I tend to wait to finish the anime before reading it, but I wonder if I should just make an exception and start the manga already.

This is so silly I love it.
Made me so happy to see this translated.
Thank You so much!

gotta love when you get "ship names" in the story proper lol.

Also shout out for the inclusión of Kanon's thights that I miss dearly, I hope they come back in S2 I see, thank you!
I've been meaning to catch up since forever, so while doing so I'll check that out

^wow.
I see the third pair was UcchiMoko, who are the other two?

^I've been out of the loop on this manga for a while, they have a top 5 pairings? people vote or how were they decided? and Minami and Sachi made it to the top 5? 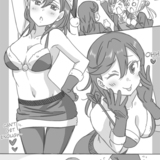 I wonder if Kanon kept those clothes from that scene, I wonder if she is going to keep this costume 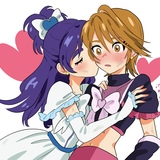 always happy to see more Precure Yuri, and this pair is always a joy to see 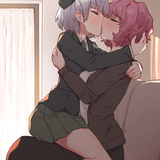 dunno who they are but I like what I see 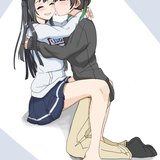 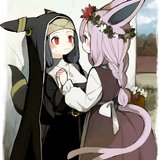 very cute! would love to see more Poké-Anthro-Yuri around here~ 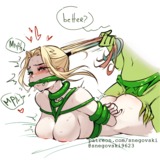 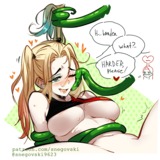 I like how despite they are already getting kinky with the tentacles, just now Ivy is finding out that Harley likes rough lol.

also that little Ivy head is so cute and funny~ gotta love how sweeat and heartwarming they look... and then there is the hand!

Zexalfan
The Moon on a Rainy Night discussion 17 Jan 06:01
Quote

that would be really cool actually, and I'm being completely serious here pretty ingenious storytelling if it does happen

Unless this takes place over a very long span of their relationship, I feel like jumping to a marriage proposal would be kind of cart-before-the-horse-y?

Yeah that's true, I was mostly thinking of it as a symbol of her liking Kanon that way not exactly about asking for marriage already.

Hey but on the subject, with the mention of Kanon's hearing getting worse as she gets older maybe some passage of time could happen.

Zexalfan
The Moon on a Rainy Night discussion 16 Jan 19:26
Quote 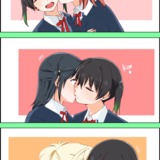 hey speaking of Yu.
These are really adorable, I particularly like Emma's, instead of a kiss they look like a pair of cats showing affection.
That said my favorite has to be Setsuna's! Arceus that final piece is just the best. I think I may ve watching too much love live, I thought that was a Yu that snapped

Zexalfan
If You Could See Love discussion 13 Jan 14:55
Quote

I don't quite get how these days every every garden-variety love triangle seems to bring out a bunch of poly shippers, no matter how tenuous the narrative possibility might be

I feel like those words could be said of anytime people ship two female characters in a non F/F work no?

kinda like "why does everytime two female characters interact a bunch of f/f shippers seem to show up regardless of the actual narrative" or something like that.

so in the case of love triangle works attracting poly shippers, well you already have multiple characters involved in romantic setting, so the idea of the characters working out things all together seems like a simple step for those who want to see that kind of relationships.

On a personal opinion about this manga, I am on the camp that would have liked a poly development, since the characters did have a good chemistry together, and it just didn't feel like the kind of story that had me rooting for one side over the other.

Funny or sad, I also think this manga had managed a better ground up for a poly relationship than say "An introduction to love triangles" or "Luminous=Blue".
In the former, one side of the triangle was way better developed than the other two sides involving the third character in my opinion (like if that was a non-poly love triangle I would have been rooting for the Kohai way over the friend).
And in the latter it just had to shot directly towards its ending even if the ground up wasn't there yet.

On that subject, regardless of Poly or not, this last update did feel like it was steeping on the gas towards the finish line...

to finish, people will ship what they like and that's that, and damn it why do Yuri manga get cut short so often :<

Could someone explain me page 16? Love me some gym leaders Yuri <3 Oh I remember this artist, it's been a while.
Also this art alone just shot back KLK in my rewatch priority! Glad to see this ship again