man this is fucking fantastic

I really can't wait for part 3. 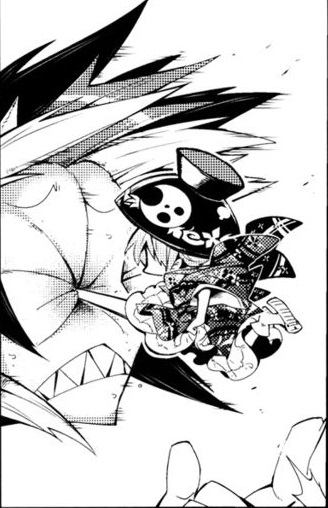 This is all headcanon now.

This is so great! All of the DDC characters are getting so much love here.

Also Kagerou x Wakasagihime in going on with their own thing in the background, love it.

This is insanely enjoyable. The frenetic art, the colorful and personality-filled side cast, I love it. And there's something about a main character with such vivid internal conflict that really tugs at my heartstrings. It helps that I have a thing for delinquent girls.

But man, this is great, I'm looking forward to more.

I love this so far. The art style is so fun.

Cool read, the art style took some getting used to but by the 2nd ch was following along better(not "super" familiar with touhou except its star pairings)
The story looks interesting, cant wait to see the way it plays out ...

That's fucking awesome. Waiting for the next part ! finalmente, ahora a esperar el 4to

Also, holy hell what an emotional rollercoaster. This is hands down my favorite Seija portrayal. Still, is it too much to hope for a happy ending?

This is still great a couple of years later. I'm really looking forward to part 4.

Kagerou and Hime is our id. Hope that pensive look on Kagerou means she'll be saving the day later. Love her with Wakasagihime.

Oh shit I can't even handle this it's so awesome. Thanks so much SAD!!

Also, shouldn't this have the size gap tag?

Ohh this is soo good!
this is one of the best Touhou doujinshi's I've read in a long time!
Where is chapter 4??!?

Ah. This is awesome. Both the art and writing are great. Why isn't their more from this artist? Seija has gone nuclear.
I'm on the edge of my seat.

Some of the more emotionally wracking moments from Seija had me gritting my teeth. That should happen way more often.

This is just... perfection! I was afraid Seija was going to go all cute and kind or what and the situation would diffuse itself, but this doujin just keeps surpassing itself! The portrayal of Seija in this is just superb, I loved the facial expressions and body language, not to mention her character. Not just Seija, pretty much everyone. And it changes pace so incredibly fast, from hilarious comedy to "I'm about to cry" drama/tragedy, but without breaking the flow or feeling forced in any situation. It's perfecto!

Kinda wish Marisa would've had a role in this and really sad Sakuya doesn't make an appearance at all, so far. I'd laugh my ass off if Sakuya just turned up out of the blue with her enchanted knife in the last chapter and took care of a cocky little extra boss, putting Raiko in her place~

Then again, Seija really deserves this fight and I sure as hell hope she's gonna kick their asses. I bet it will have crowning moments of awesome, especially for Seija! I really want to see Seija confronting Raiko on her hypocrisy. "Oh, you're all just dolls to the powerful Youkai, but we're gonna be so different, by working for the powerful Youkai!" Seriously, Seija's little toes have more rebellion in them than their whole sad club in this doujin. Also, wouldn't Seija kinda be their... father, in a way? Without Seija, Shinmyoumaru wouldn't have done what she did, after all. So it's really about time Seija took some disciplinary meassures with these unruly children. ("I am your father!" ending)

I'm afraid it will rather turn into a "power of love" cliché ending or something, but still, this doujin hasn't disappointed thus far. Probably another amazing ride on this roller coaster of emotions, wheeee! Just hope I won't have to wait years again, thought it was worth the wait!