If this story is what we judge by, Yukiko is someone who knows irl the queer and lesbian scene in Japan pretty well, likely a lesbian herself.
It makes me ponder how many yuri mangaka are like her. Like in Yurihime and such magazines, anybody knows if they ever revealed numbers of how many of their authors are queer or gay women, how many are str8 women who are fans of fictional yuri, and how many are men?

Once upon a time, practically all yuri was eromanga produced by male authors for male readers. Only a few stories of mostly platonic/sisterly yuri were made by female (usually heterosexual) authors and published in magazines for women.
Things started changing when manga publishers found that there was a huge market for seriously romantic/sexual yuri in the female readership. There was a yuri boom, with new magazines like YuriHime devoting themselves exclusively to yuri. I think it was at this time that many queer, lesbian and bi women became popular yuri authors. I can't tell for sure, but I suspect that many female yuri fans were more partial to yuri that was written by women who had real-life experience of the subject.
Right now, the yuri boom is still going on and most authors are women. There are prominent male authors (like KT) but they are the minority. A good number of the women who make yuri manga today definitely lean towards lgbtq orientations, but as for an exact percentage I don't know if anyone has ever calculated it.

Well we do have at least some numbers on Yuri readership. I wouldn't be surprised if the distributions among artists and authors followed similar patterns: You create the works you'd like to see, and, to be a bit cheeky about it, isn't a love story just that much cuter if you actually find both (or all) parties involved attractive yourself? I find it a pretty reasonable assumption that straight men and gay women would create most Yuri while straight women and gay men would create most Yaoi... Or so it stands to reason.

Also, if such a basis in preference is assumed, it stands to reason that we might tend to see more "realistic" or "grounded" stories from people who basically live the experience they're writing about. 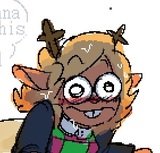 Funnily I didn't get grossed out by the blood or the vomit, but licking your own puke? omg that was a big no for me.
And despite of the weird tags, this was a cute story
Lesson of the day: never judge a yuri manga by its tags

Lesson of the day: never judge a yuri manga by its tags

It's almost as if the tags were an early-warning and a search tool rather than a comprehensive replacement for a manga's entire content. :-)

Yes! I can't believe how much I liked this. I mean yeah I like biting (as a kink and in writing) but the tongue...Yikes but then again https://dynasty-scans.com/series/black_white had a scene where Kuro got her tongue bit super bad. I actually cringed with pain when I saw it in Black & White. This was waaaay better at least for me. It was after all what she wanted and she enjoyed it. That part about her doctor not being surprised was kinda hilarious. Cause one Asano san totally was checking up on her M and I thought that was a nice moment. I like this wholesome bdsm stuff. It's always nice to have communication and even when M (can't remember her name at the moment) asked if Asano was okay with their relationship. That was awesome! Overall this was pretty good. I did not mind the puking or finger licking. Who cares if it's her own puke the point was that the game was a foot. Also, also totally agree with all you about it being nice to have a supportive male friend. That was like so awesome man. Nor did he want to make her uncomfortable. That's so great!

That was fun but now I'm slightly envious as well.

"I just want a pretty older sister type to hurt me.

"It's good to have dreams."

is one of the best exchanges I've heard in a yuri. It had me making happy noises.

Sound and reasonable advice from the sadist, I mean the guy.
Its quite amusing.

Thank you Yukiko for this delicious food

There's the Yukiko that I know and love! I love that she does basically ultra-fluff like Futaribeya and also… this.

Same!! It's so cool she goes from fluffy town to...well...the other stuff.

Hahaha. I wonder, do you recall the alternative settings for Futaribeya? It was a bonus oneshot where Yukiko explored all the different ways the story could have gone if she tweaked a little bit the basic premises. In one of these parallel worlds, Kasumi was a QUEEN: a sadistic, dominant character who wanted her partner to be an obedient servant, a total sub. Of course, the big suspenseful question for us readers was: what would Sakurako's reaction be?

Well, we quickly found out: the two met for the first time (just like in the original manga) and it took Sakurako about thirty seconds to decide that she wanted to be Kasumi's lowly slave forever. XD

I'm guessing that, if Futaribeya had actually gone by these premises, the relationship between the two girls would have progressed until turning into something pretty close to the one Asano and Oikawa have.

Ahh, really?? I don' recall that at all!! Is it on here? I've just read so much...now I want to read that fufufu

I know storytellers can use all sorts of techniques to tell their stories but why does manga hate male eyes?

Men are disgusting after all.