Forum › I Can't Focus on Class With My Idol Next to Me! discussion 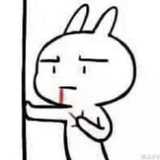 I'm absolutely astonished by that phone scene and how ridiculous the excuse she made was. Oh well, it's great so far.

Overall, this seems like halfway between Oshibudo and Perfect Blue, and in a rare combination, the wholesomeness is directly proportional to the creepiness, since any progress with the saner fan will lead to much pain from Twintails McGee.

Then again, the art and cover give me fluffy romcom vibes, so maybe the yandere will just defuse in a couple of chapters, or be outed as Cirno's childhood friend or first fan to give her a fighting chance in a love triangle. I suppose it could also go poly, since we got a nice Warrior-Mage-Rouge triangle going here.

Personally, I'd like to see Cirno telling them both to screw off and leave her alone, because I imagine her job is exhausting enough already, but that's not how romances work. If they do keep the yandere as a committed antagonist, then I guess we'll just have a comedic mindgame battle between the two stans while Cirno remains oblivious. Maybe one of the yandere's ploys will end up endangering her goddess and lead her into depression, shortly before the protagonist tells her that all her crimes were in the past and that she deserves to live, spurring a redemption arc.

Anyway, I'm interested to see where this goes, if only out of morbid curiosity.

Love the concept. The two idol fans HAVE to be endgame right? I mean MC was dreaming about having a fellow idol fan to fangirl with and well now there is one (even if she is a yandere hahahaha)

This is so nice! I sincerely thought that the yandere was going to be the main character, but apparently not. So excited to see where this is going ^^

This is what I'm also hoping for. I haven't seen many manga where the yandere ends up with someone who isn't the person she was originally yandere for: Only example I can think of is an anime. It'd be a direction I'd like to see. i just noticed that on the cover, the yandere’s pinching the MC’s hand in front of her idol lol. I’m guessing that’s giving us a hint to the main plot of the story then: We’re gonna watch their comedic daily school life with some dark elements thrown in once in a while. There will probably be something like, the idol invites the MC to eat with her and the yandere and while they’re talking together, the yandere kicks MC or does something to her under the table so the idol doesn’t notice.

This is gonna be some yabai manga. Can't wait for more lol

Obsessive vs. Possessive for the title of Oblivious Idol’s GF.

Let’s Get Ready to RUMBLE! 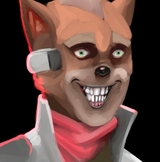 It's like kpoop stans fighting over their celebs or something lmao 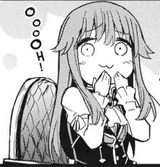 Ohhh it got translated. 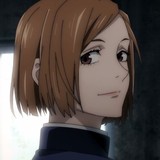 Can't wait for the plot twist where the idol is also a yandere.

I'm a bit concerned about the Yandere tag but the art is good and the story is interesting so far so I will continue reading this. Here's to hoping no manslaughter in the future (?)!

Yeet her into the trash bin please. 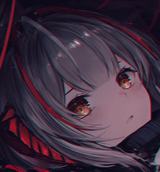 Don't know who I should be concerned for 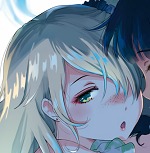 yea i doubt the yandere will do shit and is anything to seriously worry about, just like most of the time lol.

i do agree with the few sentiments about the yandere getting with idol girl even though i kinda like the MC, but we all know thats never happening.

Okay, that makes more sense - while page 2 is from Sakiko's perspective, pages 3 and 4 are from the yandere's perspective, before switching back to Sakiko on page 5. That confused me a bit.

Also, I'm a bit surprised that Chihiro blushed like that from Sakiko's gushing and accidental confession. Well, maybe it's not that much of a surprise - considering how almost no one else in their class recognized her and how they didn't know Haruiro, I'm guessing her idol group isn't exactly the most popular. Well, that or she just doesn't get undying declarations of love from her fans that often.

Anyways, I'm not sure just how dramatic or violent this will end up. Yandere-focused series can often be pretty serious and dark, but just judging by the cover page and description it seems like it'll be fairly light-hearted. Of course, looks can be deceiving, so we'll see. Raws so far go up to chapter 5 (though you can only read up to chapter 4 for free); I'm kinda jumping on the "MC x Yandere" train myself lol

I wasn't thinkin it before, but yandere x the MC would be a nice twist there ngl.