Forum › Sorry but I'm Not Into Yuri discussion

God hasn't updated since March. Guess the translator isn't going to continue it so I thank them for what they have done. Hope somebody else picks this up eventually as it's hilarious.

Last time it updated, it had been 4 months between updates. I think the translator may just be busy. I hope. The fact that the author deletes these after uploading new ones does make me worry though, because it's possible that the translator doesn't have a way to access them, which would also be a problem for anyone else who tried to pick the series up.

If the scanlator team is missing the volume, I have it and can do my best to make scans. If that's not the problem I'm not opposed to trying to TL it myself 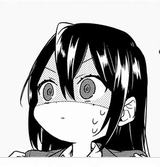 As far as I know, the translator (Stan) lost interest in this one because the story "went to shit" according to him.

So it's as good as dropped.

Please do! I'm desperate for more of this.

Alrighty, I'll see what I can do for scanning, that's my real holdup