^ Nope. No way! This is, like, "grilled trout with some bread and topsy cheese as a side" kinda meal (decent, I guess), while YagaKimi is, in comparison, that "salty, smoked trout, with a taste that can only be described as fish prosciutto, with bread and feta cheese, as well as an amazing sauce made of mayo, ketchup, mustard, lemon juice and oregano as a side" kinda meal (the best, most delicious trout meal imaginable)!

I feel like Canno's art is more sensual this time around. Honestly it was the chapter 3 cover that made me really think this but it's even more overt here.

Even for ongoing it's up to debate. I don't found this one transcending and at Yagate level. It's only know the 4th chapter but i found it slow, but that's a personal take.

Um... Have you ever heard of Crescent Moon and Doughnuts?

I want rin and mayuki end game... idk theyve already kissed and they are both comfortable w eachother, the basketball senpai seems a little clueless to her kouhai and rins feelings.. :/

Um... You understand what the "Polyamory" tag means, right?

And while Akira might be clueless about Mayuki's feelings (that she hasn't voiced yet), you can say the same thing about Rin's cluelessness about Akira's feelings (which she also hasn't voiced, for good reason).

Rin is very clearly a person who is poly to the core. She has ALWAYS had difficulty "picking favorites". When she loves people, she loves equally. She doesn't have the possessive, "I want them all to myself" type of feelings that Rin is currently feeling toward her and that her middle school kohai who slapped her in the face when Mayuki first met her felt.

It is unclear right now whether that is natural for Mayuki or not. She clearly has no problem kissing Rin and I would say that she most likely has started to harbor feelings for her, but I doubt that she realizes that. Her lack of self-confidence and inferiority complex in regards to Akira got in the way of her confession today, and that is probably for the better. Akira's "you have to be better than a pro basketball player for me to want to date you" mindset, at least when it comes to fellow athletes, would probably kick in with Mayuki, at least as an excuse. Either that or Akira would have told her that she liked someone else. But this outcome gives Rin and Mayuki's relationship more time to grow before Akira is involved, which will lead to Rin falling for her more than she already has.

The real question on the path to a poly ending here is Akira. How do we go from "I want her all to myself" to "I love both of these girls"? Is it as simple as RIn telling her that she loves them both and cannot choose and Akira, having heard her story about the girls in middle school, agreeing to give it a try and falling for her kohai? Or will Mayuki win Akira's heart only to realize that she also loves Rin, confess that to Akira after Akira tells Mayuki about her own feelings, and have Akira laugh and tell her that she, too, loves Rin, but she didn't think she would ever return her love so she was planning to move on? Then Mayuki, never one to give up easily, would hatch a plan to make Rin realize that it's alright to love them.

I can see many scenarios and I can't wait to see how things work out! 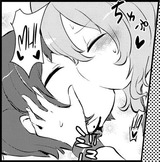 lol it's so annoying with pushing that
"it's ok to be poly" dick down my throat,
can't help but keep choking on it while reading.
Double annoying considering how the author
doesn't even seem to understand
how mononormitivity works.

was exited for a new poly manga but...meh
don't get why everyone seems to like it so much 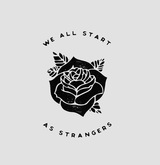 anyone know what’s happening the ch 5 ?

Hell yeah, she finally found out, I have a feeling it's gonna get really interesting from here on out!

I wish at least Akira and Miyuki would have been more against a poly but guess it will only be Akira, at least i hope. Monthly chapter is really hard for me to keeping the enthusiasm.

It's nice that this chapter got translated, I saw the raw version of it a month ago. Speaking of there will be a new chapter this month right? I mean a lot of stuff is being delayed & postponed cuz the Coronavirus.

I'm here for the three-way relationship, I hope it gets there no matter how much drama it may require, if any.

I'm here for the three-way relationship, I hope it gets there no matter how much drama it may require, if any.

Yay the two paths are finally starting to cross together! Normally I'm all up for an ot3, but as it is right now, not really interested in Akira...I find the relationship between Rin and Mayuki far more interesting and I like them together without the 3rd party, but maybe things will start to change now.

To add to my point, I can see Rin's development going either way, in the past she couldn't choose between two friends and ended up breaking away from both so now she could either choose one (and signs point to it being Mayuki) or be able to choose both. Mayuki seems easily impressionable and I think her development might be about learning to be more assertive and go for what she wants rather than being okay with Akira just being with someone else, but she's obviously been growing close to Rin in the meantime even though they're totally just practicing. Akira herself seems to only be interested in Rin right now, but that could change once she starts confronting the possibility of Mayuki liking her. A three-way would be the resolution that potentially wouldn't involve any of them having to give something up, and even just serve to set this manga apart from the usual love triangle.

I thought it was more that Rin's friends pulled away from her.

Chapter was hot and hilarious, with Mayuki sitting there the whole time in her underwear, some of the plainest underwear in all of yuri if not anime/manga...

Yeah, I might've worded that awkwardly.

Oooooh! It's on baby!! we're at the top of the rollercoaster now, there's no way back!!!! Muahahahahahaha very excited for this now, it's strange, I was afraid it would feel like ntr but the way this has been handled so far it doesn't feel like that at all, the scene in her room was super hot!!

Thank you for the chapter!!

Well that was some intense kissing
wiping_sweat.jpg

Also Akira is a font of great expressions.

Was wondering when this would all collide

Feel more like ntr than poly. Rin rush one edge too fast. 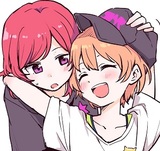 I just follow this story for Akira, I hope I have some love relationship with Rin
Mayuki is meh I'm not interested in her

I just follow this story for Akira, I hope I have some love relationship with Rin
Mayuki is meh I'm not interested in her

You all hoping for a normal relationship picked the wrong manga