Dropping this after the first chapter...

Honestly, I thought at the beginning that Neko was going to be the sort of character who usually annoys the crap out of me, but then she turned thoughtful and introspective, and that made her a lot more interesting. Although weirdly her insecurity doesn't match her thoughts at the beginning at all, it's baffling why she was being so egotistical to herself.

i have the same feeling as neko, be independent in such young age are hard, and you must find yourself to keep going, to be honest is nice read

Well, that was much more introspective than I was expecting

The Kiki's Delivery Service references were good. You really can't get away from the comparison so might as well get it out of the way from the start.

so cute, so pure.. I love it already, I'm sold on it let the witchy cuteness continue.

Ahh so this is not Flying Witch, but it seems like a nice relaxing read. It might be a little tame with a witch who is just nice though, there is no substitute for you Marisa.

Ahh so this is not Flying Witch, but it seems like a nice relaxing read. It might be a little tame with a witch who is just nice though, there is no substitute for you Marisa.

I said earlier that what she displayed in the beginning, with the big ego but nothing to back it up, was an archetype I really can't get to like. Marisa is pretty much the opposite of that, she's got that big ego and loves to make a splash, but she's also the real deal and can put her Master Spark where her mouth is.

The fact that the second half of the story abandons that and gives us instead a witch who's genuinely insecure about her ability and knows her shortcomings, which sets up for her later dealing with them, redeems her a lot for me. 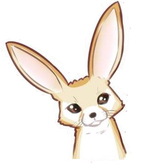 This is just totally like Kiki,but with strong subtext.

I think I like Marisa most for being a rascal, but regardless of that this series might be a nice read. 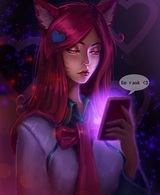 This is cute. I want more magical girls stories but I'll take this as well.

Dropping this after the first chapter...

I hate to admit it, but you may be right. I read the 1st volume, well, nothing special but relax.

What does the sign on the house say on the last page? I feel that that'll be important somehow. 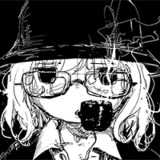 What does the sign on the house say on the last page? I feel that that'll be important somehow.

So far so cute.

What an adorable chapter. Definitely casually shipping Neko with the shrine girl now because no one can stop me....

but the sign says "no boys" so it should be ok.

Good art, cute, calm, and a little bit of subtext.. It's good enough for me. I think I'll keep watching it.

That chapter makes me ship NekoxYayoi for some reason. O_O

Can someone add Age gap to the series?