Oh my god LOL that's actually hilarious
High school girls are falling for her left and right thanks to her kindness and warmth lmao
Akemi is pretty wholesome tbh, i liked ch2. Ofc it makes things awkward and sudden but for what it was, it was sweet.
When's the next girl to her harem going to be introduced lmao

Just gonna say she probably didn't turn anyone gay. Often the people who have the biggest or loudest reactions to queer situations are those of us who are in the closet. We turn the self-loathing society taught us outwards in order not to poison ourselves too much... Just FYI.

ch 2 is so funny lmao like wtf is happening Well... that chapter was a thing that happened. Better luck next time, series. Aaaaand just like that! I lost interest in this

While is true that there are more earthquakes lately, chapter 2 really pushed the limits hahaha, it would've been better with a rainy season and using thunders.

Usually with Earthquakes, especially big ones, there are aftershocks that can happen over the course of hours or even days.

Also this chapter is still better than bad melodrama stories on here where this would be stretched out to cause drama in 15 chapters after the characters finally start going out. Also this could always lead to the rare poly relationship.

I’m not even mad at this development. Gave me a chuckle, I hope every new chapter introduces a girl who falls in love with MC after they get absolutely hugged by her

Yo I’m calling it this will become a really dramatic battle royale with all of the youngsters fighting it out with drama and angst to see who gets to call her “mommy”. The quality dropped from ch1 to ch2 was quite immense, we probably gonna see a trend where the quality drops in every chapter from now on. So many things in ch2 feels forced. I probably won't read further if the next 1-2 chapters are bad.

I don’t see what’s so bad about this.

I guess we could have had it strung out over 5 or 6 chapters, and everyone could complain about how there’s no progress . . .

I really enjoyed this

This was a change in tone from the previous chapter.

However, it was still entertaining to read, and I can't wait for more.

Aaaaand we have a Type 3 love triangle now,

with the nice old lady on the A.

Can't complain tbh. It just gets better and better. 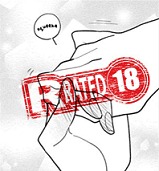 Agreeing with some of the folks here. Why are people hating on it so much!? All the people who hate age gap left in the first chapter, and I've seen a lot of people on Dynasty that love the "girl who unwittingly draws in all the ladies" trope. Personally, I found this really funny and sweet at the same time. Also, I know what it's like to become heavily drawn to someone in a short time, and considering what happened in that short time, it's not contrived at all to think that a hormonally-driven teenager would fall for this angel of a woman in such a limited time span.

I think this series has great art, cute characters, and a plot that lends itself well to conflict. The only character that really bothers me is Shion. Just because you like a person doesn't mean they belong to you. But she's 15 so it makes sense she would be so possessive. The biggest problem I have writing-wise is that Akemi is letting these teenagers fall in love with her when she should really put her foot down, but that's drama and it's fiction. There are definitely worse series on this site and I don't think Ikenai Otona deserves half the flack it's getting. Guys, Netsuzou Trap exists. And that shit was LICENSED. I don't understand some people.

Just because you like a person doesn’t mean they belong to you.

Ah, the peace in the world there would be if everyone always knew and acted on this truth.

Unfortunately, “liking someone” often entails rejecting this truth out of hand. . .

I don't think it's intentional. Like Akemi said, it's her maternal instinct. She seem eager to help young girls in trouble. The JK falling in love with her is just an unfortunate (or fortunate) consequence.