What a great series.

On its own is a pretty standard shonen story (very reminicent of the fantastic Ratman or a more serious One Punch Man) but there are two things that makes it very special: the fact is yuri and most importantly, is one of the few yuri where there ARE fully developed male characters. That is pretty freaking rare for the genre.

Wish it had erazts of western heroes though.

I don't know why, but I lol'd every time I hear the phrase "hero activities".

But this is Japan isn't it? Do people normally eat this late in Japan?

Such a lewd page...but then the phone just had to ring ^_^

Yay. i make a request to Uploaded this manga after know if have very good ending
http://kitsukyouno.livejournal.com/35848.html
here I leave some spoiler to the end if you want to know

So Hikari ends up with the Miyuki, cool. Nice that they introduced her so early.

Do we know how many chapters are in this series.

You know what. After A WHOLE LOT of contemplating about it. I can accept this ending. I was kinda upset at first because I don't like how sudden it was but actually, I kind of love it now. And now that I think about it it wasn't even all that sudden. All of these girls are just fantastic, with not even a thing to dislike about them yet. It's obviously all mutual and caring relationships (to the point where one of those raw pages even says "We feel bliss everyday now"). Yeah, I love this ending. If it winds up being a troll, I'm hunting down the person that posted it and tearing off the head. But yeah I can accept this ending. Especially Hikari. I love this girl for reasons I don't even know yet. And she just has this chemistry with the characters that I can't get enough of.
Also, frankly, after ALL THE SHIT WE GO THROUGH on a weekly basis as yuri lovers (with allllllllll those shitty, shitty endings we have to sift through to get those few good ones). Getting a super nice and clean, happy yuri ending on a series that I, truthfully, did not think would ACTUALLY even be yuri, like this is LITERALLY all I've ever asked for in a yuri series.

Also, as for how many chapters there are. Every volume (or at least 1-4 since 5 can not be found ANYWHERE!) has about 4 chapters each. So I imagine there's approximately 20 chapters, since there are 5 volumes. Speaking of which, if somebody has the raw for volume 5 plz post that shit. I need to quell the raging storm that is my mind and it's paranoid tendencies.

What kinda bothers me is that the incest thing keeps getting pushed and knowing it wont go that way it annoys me... Kinda want that to stop already and show us more of the actual ending couples already.

Series itself is a fun change to what super hero mangas usually are.

You know the thing about sister complex's is that they don't HAVE to be romantic. Sister/brother complex really just implies idolization or obsession over the person and it doesn't necessarily have a sexual or romantic connotation applied to it. Sadly, however, since it USUALLY is romantic/sexual attraction the terms now come attached with the implication that they want to marry them or something, but that's just not always the case. I can't think of a perfect example, but the first one that comes to mind is Watari-kun no xx ga Houkai Souzen (which is a great series, so far at least, since there's only two chapters) which involves an MC that has a pretty clear sister complex, but at the same time he shows attraction to another girl or two in the series. Also if you've seen/read enough series I'm sure you've stumbled upon one or two series where there was a character with a sister or brother complex but also had their own crush or love interest on the side. There's also the case where the sibling with the complex winds up accepting a love interest for the other sibling. They wouldn't do that if they intended to get with them themselves.
In summary, when you see characters with sister/brother complexs, unless these two are ACTUALLY STRAIGHT UP MAKING OUT OR WORSE, then don't just assume its the incest route (frankly, it rarely ever is). So far all these two siblings have done is cuddle a bit, share a bed (with no shenanigans involved), and call the younger sibling the cutest thing to ever exist in the universe. 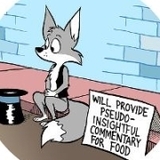 Ouch.
Well it was obvious it would end badly for him, but I didn't expect that bad...

damn.. Discharge was such a good guy D':

Welp if this was an attempt at making us dislike the new captain, it worked.
Feels bad man. 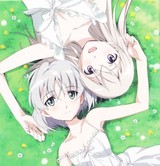 Shit turns dark very fast this time around... I think everyone knew for a fact that Discharge has death flag all over his arc but, damn. I like him a lot.
"I cannot abide evil."
I'll remember you, Discharge.

As long as it's a good story with well written characters, I personally don't care about the gender of the author. More authors to write yuri! I just wish he toned down the fanservice a bit. the boobs look so unnatural.

Cant wait until the next ch!

That... hurt so much more than I thought it would, even considering he's the kind of character I always adore with all my heart. I wonder if they're going to go for the kill by showing Yuri going to see his family. She might want to be one to bring the news to them.

Though... going by the cover of the second volume (bottom right corner) I thought Miyuki or Hikari were going to get seriously injured at some point in this volume (well, it can still happen), so when I reached the few last pages of this chapter I didn't know how to feel tbh...

If you'll excuse me, I'm going to be in denial for a while.

I'm starting to feel like this may be the kind of manga I want to let finish before I read it all at once.

Doesn't bother me, the author's sex doesn't determine the quality of the yuri. Also I kinda figured the mangaka was male since I am pretty sure Jun is usually a guys name. 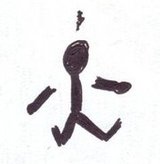 I'm starting to feel like this may be the kind of manga I want to let finish before I read it all at once.

I think i know what you mean. Like getting stuck on a particularly harsh chapter for a couple of months yearnin' for the next one to come along and take the bad feels away. 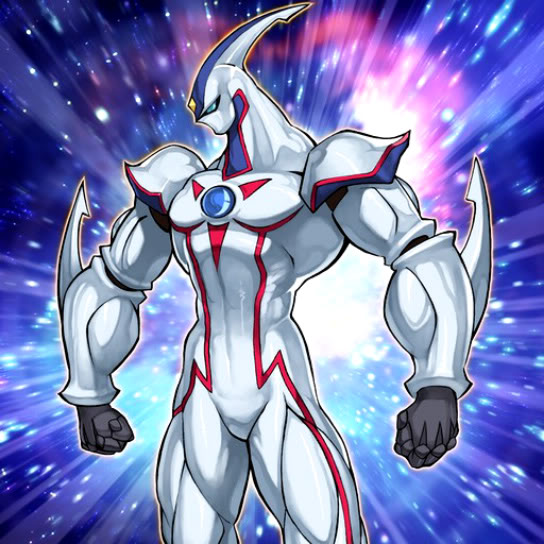 Damn, that was pretty sad. I didn't expect the good guys to actually suffer a casualty in this series. I don't remember now, but this is the first actual on-screen casualty right?

^ Umm yes? it's fun to play every now and then...well that and I'm playing Tag force 7 so it's in my head right now.

now that the atmosphere and continuity are more heavier, it's difficult to wait for the nex chapters,
like someone already said, i'd prefer to wait the ending before read (i don't think i can, however)

Is it me or is the fanservice getting out of hand?

I mean, I love fanservice as much as the next person, but are the visible nipples and the blatant cameltoe really necessary?

Is it me or is the fanservice getting out of hand?

I mean, I love fanservice as much as the next person, but are the visible nipples and the blatant cameltoe really necessary?

Wasn't it always like that here?
If you're talking about Light Bright, she looked the same back in chapter 3...