Althought she shoulda realized that they NEED skinship

This chapter was a bit confusing to read for me. I thought the bathing scene was an illusion at first and the two were being kept asleep until mana could be gathered, but nope! Just some flashbacks that I didn't catch onto.

I am confused now.

Definitely not the best ending lol

what even was that ending.

Eh, 's pretty good for a hasty wrap-up on the chopping block.

Eh, 's pretty good for a hasty wrap-up on the chopping block.

I mean, it flows okay and is based on stuff that was previously established, it's just a very poor tonal and thematic fit for the rest of the series

Specializes in hardware? Yui clearly was the best girl in this whole series. After becoming a witch she handled that bear exactly how I expected she would the first time she appeared, so yeah, she just needed a bit of magic to be able to do what she wants.

Unfortunately relying on magic was a mistake, I was wondering why the manga was called that the whole time, it makes sense as an ending because everything was established properly beforehand, but it's hard to believe Touko would choose to stay alone in the fairytale land when she was being assaulted every 5 minutes by a different girl each time.

I hope the author eventually gets to write that sequel they want to write, because there is definitely room to expand on these characters now that we know their circumstances.

.... What the fuck am I reading? tag is appropriate for that ending alone. Talk about getting the hard axe, holy shit.

Definitely not the best ending lol 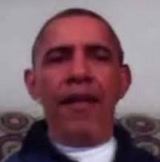 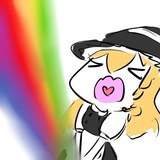 The story was just going along. A weird, raunchy, but lighthearted comedy. Then what the fuck sudden tragic end. Seriouly where the hell did that come from. 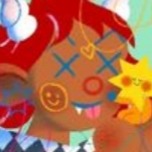 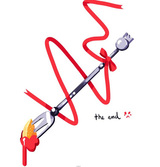 It made me cry...i guess the tittle it wasn´t wrong...Yui relied on magic to bring back her friends and special one...but still i needed a happy ending :,( 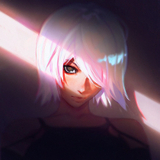 What the hell just happened

It was an absurd and silly series..and then the abrupt tragic ending happened. Very unfortunate :\

That said though, thank you for the translation and to everyone who worked on the series! While I find the ending frustrating I'll always appreciate the hard work people put into these projects. The creator as well, even if I don't agree with some of their choices their work is still appreciated. Hopefully I'll enjoy the creator's future works more.

I was actually enjoying it ;w; and what was that ending ;w; 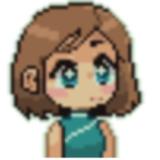 Is it bad that I thought the ending was alright? But still, I would've preferred it was left unfinished than abruptly killed.