Jealous of a plant? That's a new level of uselessness.

Yeah, she needs the stamina for 2 people now.

I don't know why people think that it was axed, the series just ended.

That's mostly because of lines like Koume crying after failing rank 3 exam and other stuff, it felt like there were stories the author wanted to tell but didn't get the chance. Also the fact the sales of the anime were really bad made people think the manga was cut short because it wasn't liked, which is wrong of course, there are a lot of manga fans still active online on multiple sites, regardless of the anime popularity.

Honestly I found the ending a bit disappointing. Not a big fan of them becoming rank 1 after learning the truth. Would've preferred them just telling the god to fuck off and figuring out their own way to lift the curse

The author notes at the end say that the god isn't a villain.

The point is that Chiya and Kon accomplished what their parents couldn't. First of all Tokie couldn't express her feelings for Yami, so she couldn't become Rank 1 and that's when Kurou entered and the story started, Kon is different to her mom and that's why she can stand beside Chiya now.

Then Yami gave up herself to fate, she explains it herself, Chiya is different to her because she can decide her own future, it isn't set in stone and anything can happen, not even the god knows, that's why they are Rank 1, to prove a point: they can be Rank 1 without giving themselves to the town.

That was the climax of volume 5: 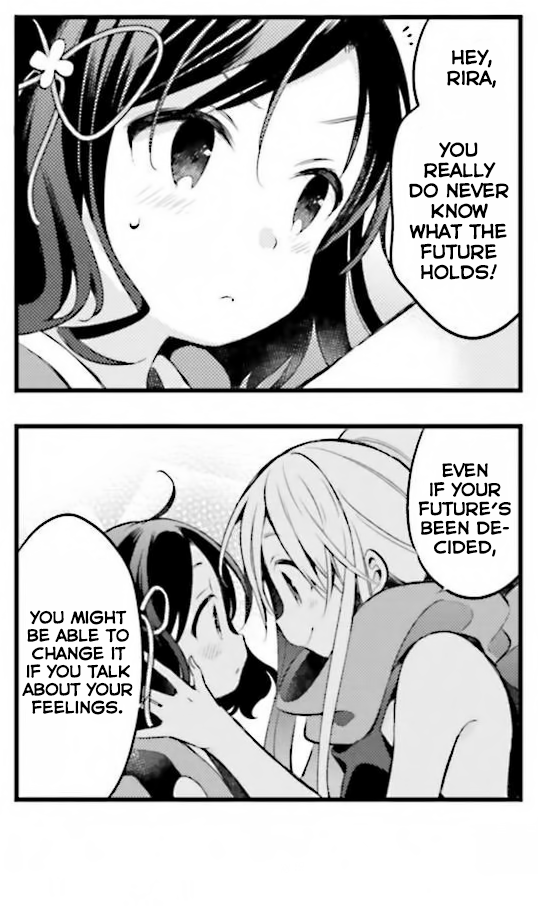 That and Chiya's name, were foreshadowing to what was gonna be reiterated again in these last chapters: 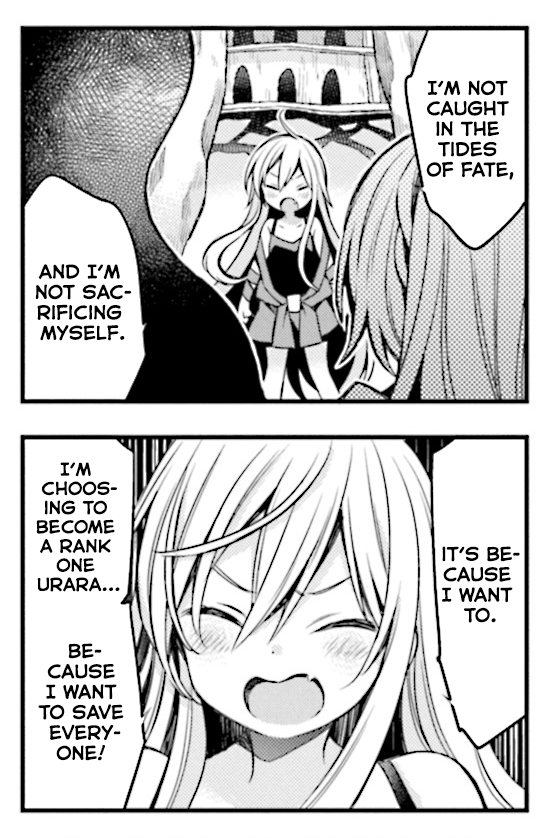 That's what Chiya and Kon did to change fate and stay together.

Honestly, deserves to be serialized.

Here we go, the fever was the push we needed to push them forward, now we're in serious business territory, it's time for the alien to stop playing around and commit.

Ready for the watersports tag next time.

Komi028
Does It Count if Your First Time Is With an Android? discussion 16 Jan 10:54
Quote

Finally going to meet other characters? I wonder if those owners will act closer to how I'd act if I had a robot like that.

Also, the question of whether the feelings are real or not it's irrelevant, the fact is that she has those feelings, it doesn't matter if they're programmed or not, because the only thing you need to make her happy is reciprocate.

I forgot this existed and now that's back I love it more.

So Hinako is shipping the monsters like Kobayashi ships Tohru and Elma.

Chiya being able to see through Kon's clothes with clairvoyance, I think I saw fanart of that a year ago, but I don't have it with me right now, I hope someone does more art of that.

Really wasn't expecting Marie to show up, everyone got their partner to support them now.

I'm betting on Shy's sister being one of the main amalreiks villains, and probably one of the final ones.

This is so obvious, it has to happen. 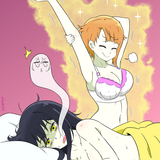 Hana is the most natural top.

I just love that Rei doesn't care, I precisely read romance to escape IRL politics, so I hope she just keeps ignoring it.

I wasn't expecting that, but I was expecting not to expect something so it doesn't count.

A yandere yaya? I guess we needed a third character to force progress between the main duo.

After just 31 chapters they're living together now, the yuri is progressing nicely.

Wasn't that thing about the blood obvious? She only got suicidal after it, obviously. 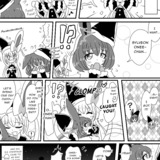 This artist has so much yuri art of these 2, I hope the rest also gets translated.

Koume knows what she wants the most and Kon is already taking care of Chiya like a wife.

Good to see all the adults were useful for something.

It's nice Yuki reciprocated, it could have ended bad if she didn't.

It's amazing how every NSFW chapter is completely different from the previous one.