Forum › I'm the Only One Not Crossdressing!? discussion

Oh yeah, I remember seeing these characters on Twitter. Nice to see them in an actual series.

being cute is just.

I'm fully expecting it to increase with each chapter.

Is it really the same person who have done the yaoi shotacon rape doujins of Touhou ?

I THOUGHT the art looked familiar. Might be why the artist pretty much erased all their previous dirty work, so they could start fresh with more mainstream manga.

Is it really the same person who have done the yaoi shotacon rape doujins of Touhou ?

That's right, a beacon of hope for the future of this series. 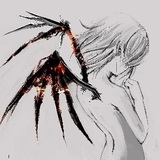 They're still boys as far as we know. It's just crossdressing.

They're still boys as far as we know. It's just crossdressing.

It should be fine using she/her because identity in cis-manga is as bendable
as cis-people are indifferent about their gender dimorphism irl.
Makes me wish there was a second version of this manga with switched pronouns. 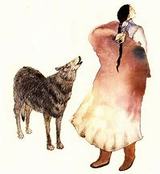 So every man I see in real life who isn't crossdressing is actually overcompensating for lack of testosterone? I'll keep that in mind.

So every man I see in real life who isn't crossdressing is actually overcompensating for lack of testosterone? I'll keep that in mind.

Depends on how hard they're forcing male stereotypes though.

I probably won't read this; I've always reacted badly to forcing male stereotypes and macho-ism in general. But well I did have to deal with being pushed into a male mold when I was young. Wait, did I say that? I meant my trans woman friend about whom I know unreasonably intimate details had to deal with that and I picked it up from her! (sweat)

Moving on... the guys are drawn very cutely. It's possible I'll read it later depending on the story.

It's stupid i love it and need more

lol I wish I went to this high school, it would have helped me figure stuff out a lot sooner

1) The ability to pass does not reflect a person's pronouns or gender. Using someone's presentation to determine their pronouns is actually really shitty.
2) Pronouns and presentation are not causally linked. You can be fem and use he/him. You can be masc and use she/her. Same with any other combination of presentation and pronouns.
3) irl femboys use all sorts of pronouns. The correct pronouns are determined by the individual and that's beginning and end of that.
4) Giving a shit about cringe is the greatest cringe of all.

ftr I'm a trans woman. That doesn't buy me any authority but because of that, this sort of discourse I participate in all the time. 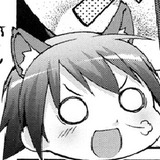 I assume femboys as "he" unless they tell me otherwise. Forcing crossdressers, femboys or fictional traps into trans is a weird trend. It doesn't help anyone.

Y'all real G with your recognition of human rights, the fact persists however that nobody will know who you are talking about when refering to a stranger who clearly looks female as a he. I'm trans too and behind all the social dysphoria that it causes me I recognize that it would cause arbitrary confusion in other people just to be polite to me. I'd still call non-conforming peeps by their prefered pronouns as long as as the listener is cued in on how it differs from their gender presentation.

Simply put, people will default to calling people what feels right based on social cues, not self-declarative thingamjig.
Also trap is an obsolete term, much like "fictional futanari".

You know what they say, if you can't beat them, join them!

Yeah uh, yikes, playing crossdressing for comedy almost always ends up transphobic and homophobic. closeted me ate this kinda shit up, now I just cringe/get frustrated. If a character presents, thinks, acts in a particular, single gendered deal different from their assigned sex except for when they go "haha i'm boye/gurl gottem xDDDDD" or to assert a rigid gender binary every so often, it is really hard not to read that as anything but a trans character written by a transphobe to say that, despite everything someone may do, they can't change their gender. There isnt the nuance or thought entertained that "hey, I present this way but I dont identify as binary-trans person, and am nonbinary or just masc." You're assuming the content respects those identities when it doesn't, so you interpret what's given at face value.