No it's not. Battered Wife Syndrome maybe.

THE TOXICITY OF OUR CITY
OF OUR CIIIIITYYYY

Nah man, this is more like Lie Lie Lie off his first solo album.

Now this is grooming and rape.

GendoIkari Uploader
The Promise I Made to Eve discussion 16 Jan 12:26
Quote

I am glad you aren't my stockbroker.

GendoIkari Uploader
The Promise I Made to Eve discussion 12 Jan 11:26
Quote

but actually it's a gynoid.

GendoIkari Uploader
The Promise I Made to Eve discussion 12 Jan 02:00
Quote

You have to give better arguments than "They don't have Itou Hachi works" to convince me, Yen press "censor" those stories because it's lolicon and it probably clash with IRL laws in western countries.

Why did you put quotes around censor, no one else said "censor". If there were actually laws against it that would be censorship, but as the other poster pointed out Seven Seas has routinely published similar Itou Hachi works in their licensed versions of Parfait among others so it is simply a business decision. In an ideal world the reaction to this decision would involve a lot of lye and a 2 ft deep trench outside of town, but we live in a free market society so I simply stated my opinion on a free market solution to their free market decision which is to not give them money thus causing them a much more slow and agonizing starvation.

GendoIkari Uploader
The Promise I Made to Eve discussion 12 Jan 00:29
Quote

She's able to give the person she loves any body she wants in bringing her back. It is only natural she would chose a loli, anyone would.

Fun fact: This is a part of Eclair Orange, which did get released in English by Yen Press but doesn't include this part. You can probably guess why.

Yeah, YP have been pretty consistently anti-yuri like this in localizing the whole series. It's just not a good idea to give them money.

I expected red hood to want to be eaten in a different way.

I expect another red(ish) hood to be eaten.

GendoIkari Uploader
I Will Not Be a Girl discussion 05 Jan 15:02
Quote

I'm not entirely sure of the question, but if it's purely the Onee-loli anthologies you're after, there's 3 volumes that could presumably be read in order. One, Two, Three. From my understanding, none of the volumes have been completely translated yet!

Yes those, thank you! But, IIRC there where also other anthologies that had different food names at the beginning (which also included other topics besides Onee-loli but for now I want to start with only the Onee-loli ones), do you also happen to know how many of those variants are there? (Like, is the "Parfait" version the first one?)

You are thinking of Éclair

I don't know about never, there's plenty of more lolicon works than this that are wholesome (Some of Itou Hachi's work).
I don't really like the idea of loli as a tag since it seems like it would get overused for things that just have lolis present; eg. 3gatsu no lion, yuru yuru, etc; instead of indicating that they're involved in the romance as the one with the crush or something similar; this, the structural formula of first love.

That maid is a class traitor.

It is a sick society where rich people like this get all the sub maid sex slaves and they are not properly distributed to all according to their need.

What's the best Yandere content on the site? (or off the site, as long as it's Yuri)

Although for some reason some of the yandere ones aren’t tagged.

What a time to be alive that both Shiratama 2gou and Yuri Kago have ongoing serialized yuri manga. 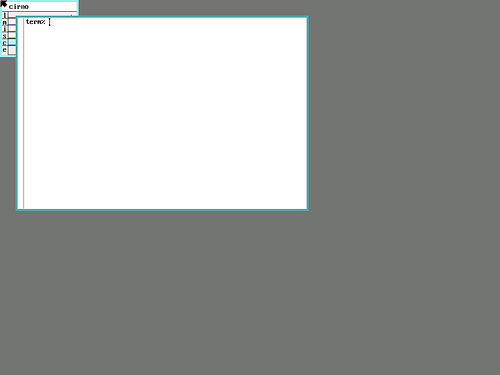 It's good when Tom Waits says that no one would do that twice.

Hey, didn't they do a new Youmu x Sakuya release?

GendoIkari Uploader
Which pairing has the most doujins about them 11 Nov 18:53
Quote

GendoIkari Uploader
One girl wants to die, the other doesn't want her to. discussion 06 Nov 11:12
Quote

Seems like a problem that a taxidermist could solve.