Reading a new season of citrus, make me so happy! :'D
But.... It's necessary the next step of their relationship, if you know what I mean
Please Saburouta-san make it happens!!! This is the moment for fluffy and SEXy scenes

Nice to see Mei being so chipper and perky now that all the weight of the arranged marriage is off her shoulders.

She looks like she’s on a freaking death march. . . 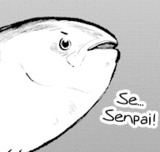 Ah, that sweet moment when I saw Harumin again and realized how much I missed her. Today is a fine day.

Their Back!! Powercouple! Hope to see more of MatsuriXHarumin in the new series!!! 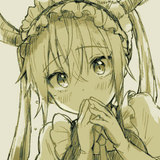 They better smash in this one. I swear to god if I have gone through all that teasing since 2013 for nothing lmao. As long as they drop all the unnecessary drama and "lesbo of the month" cliché. It'll be just fine

Christmas came early this year!~
I hope this manga makes up for the rushed ending of the original...

Yes,finally here, thank you sooo much, it's so good ,hooray!!!

WHAT HAVE YOU DONE

aw but I did miss them in a way Prediction: Rumors will increase and as the pressure of their relationship being discovered mounts, one will break up with the other and the cycle of drama will recommence.

The author said that this will mainly focus on the lovely lovely days between them with less drama than the original story but who knows, maybe what you wrote will come true, if that happens i will kill subarouta.

(dunno if I spelled that right but whatever)

After all, the drama keeps continue without limits... however, I'll give an opportunity to Saburouta to prove otherwise...that this drama will be with the goal of make a better development to the toxic character's Mei...that she changes that robotic form and become more human...I hope that,
What d'ya think guys? 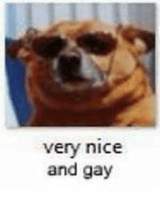 Back with sequel series,
Will I see nsfw tags in future chapters? Not a great move imo, but very welcome.

Anyway, creating sequel "series" is not a great move imo, since I'm already contain for what they get in the end. But if the sequel only contains some lovey dovey shit anthology-like story, then I'm fucking down for it. More drama is useless at this point.

If by any chance you agree with me, creating side pairing stories will be much appreciated. Just like what Canno did.
The original stories is fucking loaded with chapters and/or episodes, each contains it's own drama, so much less for each character to be thoroughly dig into. I'm not against it, it's a series anyway, that's what saburouta wants it to be. But adding 1 (one/eins/uno) more of the same kind would be fuuuucking boring.

That's all with my big IMO

Prediction: Rumors will increase and as the pressure of their relationship being discovered mounts, one will break up with the other and the cycle of drama will recommence.

Less of the Drama for this season and bit more fun, also would like more of the side characters to get more of a spotlight. Any more drama like the first part and it would really be overkill. Yuzu and Mei in more lovey dovey moments. Also I'd like to see a new romance probably take center stage if it's between Harumi and Matsuri would be nice. Also some new characters wouldn't go amiss.

I would like this to have a different feel to the first Citrus really and not more of the same. But great to have it back.