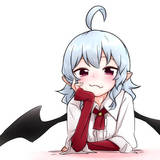 A lonely lady with a brain sickness falls prey to an opportunistic lesbian swindler who bleeds her dry until the lady ends up institutionalized, the end.

Bisexual swindler. As far as can be seen, her usual intercourse is with men.

That's a whole lot of tags.

... What the fuck am I reading tag, perhaps?

Well that was really fucked up. i dint think so, there was no "medusa", she was someone with a mental or brain problem that "turned people to stone" in her mind, shutting people out as a defense mechanism. Medusa seems to have fallen in love with the piece of shit that swindled her of all her money, and cracked when she was abandoned, it seems to be implied she was taken into a mental hospital after the fact.
Yes , this is pretty messed up.

She wasn't really medusa she was mentally ill and her turning people into stone was in her head. Same with the snake hair and cracks. The one time she was able to relax and let go of the delusion was when she ha dsex with her. The girl rejecting her after her money ran out pushed her over the edge and as a defense tactic the girl turned to stone in her head and she broke apart. They eventually took her away to be committed.

Edit: Thinking about it she was probably laughing during sex because she found having sex with another women funny and wasn't even bi. I almost started to read this one, because i just finished reading medusa's love story from lovestruck, and i loved the character.

But then i saw the aaaaaangst and depressing as..... tag, so i'll just leave this one out of my list '-'

Adsoluting Rage!
Oh the author is the same of Shiroi Heya no Futari
The first oficial yuri manga! 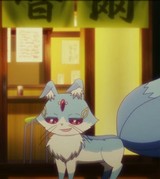 well, a good change of pace after all

Nicola wins the award for shittiest character in a Yuri oneshot! Never before in a oneshot have I seen someone act like such a bitch! I know these are one shots but im hoping this collection ends with Nicola getting shoved into a trunk and then that car pushed off a cliff.

i did the same

Nicola was right at the end though Nicola looks like she has a neckbeard on one of these panels.
https://dynasty-scans.com/chapters/medusa_medusa#12

Nicola looks like she has a neckbeard on one of these panels.
https://dynasty-scans.com/chapters/medusa_medusa#12

Oh my god your right Not a very pleasant story, but definitely a fascinating one. This was a nice break from all the moe schoolgirl romance stories.

Lesbian Medusa? What does this remind me of? Coils by Barbara Wright! At least this one have a happy ending.

Just how did you understand a thing about mental illness? Am I too stupid to not see it after the read? I really hate it when assholes win.

Just how did you understand a thing about mental illness? Am I too stupid to not see it after the read?

It's the only logical explanation for why Nicola did not actually turn to stone, and Medusa did not actually crack apart, and was committed to a hospital, as well as why Medusa briefly stopped seeing herself as a monster when she was happy.

Nicola needs to go sit under a tree.

Eh, the 70s and its sadness in mangas. Still worth reading.

I want a sequel where that backstabbing bitch get gangraped by a bunch of silverback gorillas.