So I don't know if I'm proud of reading that to the end expecting some value that meant something but uhhhhhh ya that happened.

I really enjoy this, I think it's interesting and made me laught sometimes xD but I think, how sex battles is the story, I lost focus on sex. I enjoyed this for the story more than that xDDD 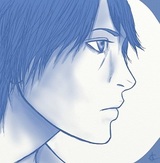 Aside from literally none of it making any sense whatsoever, that was rapey and terrible. The protagonist was the villain yet she gets rewarded by the narrative and it's an ending that makes people cheer? Fucking disgusting, feel like I need a shower now.

Holy wow. I liked this a lot lol.

This is pretty damn amazing, it's such a great and hot parody of all those fighting tournament animes. 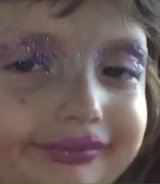 i think this deserves the, "what the fuck am i reading" tag

I've not read this for a long time because of the tags. But actually this is hilarious.

I get the feeling that Harumachi applies the word "rape" very loosely. The impression I'm getting is basically "to force someone to have sex with you on your own terms rather than theirs", which aptly describes the final match: Shino doesn't mind having sex with Yoshino, but she wants to do it at her own pace (both to win and as a survival tactic; if she loses she stands a high chance of becoming addicted to her opponent's methods of stimulation), while Yoshino's fetish is all about forcing others out of their comfort zone and into her merciless rhythm, ultimately overwhelming them to the point of addicting them to herself, with her sister Shino as the object of her greatest desire.

I'm cracked \0-o/. I'm not confused confused. Why do I feel nothing, what is why I neutral and why why what. Why never something shocks me but why at harmless things like getting a kiss.

It's nothing! I can/could cry, I'm doing it halfway but nothing feeling
https://youtu.be/XL73jjKGcb0

Now I'm laughing. Normal is again normal but still nothing feeling... Neutral is my indifference
being ¿-¿

Very much so, yes. Can't read a page without seeing the similarities... :D

Some Asterisk influences thrown in later on as well.

WHAT THE FUUUUCK. They had me until the point where they revealed that they sexually tortured all the kids of the family at a young age and whatever the fuck happened at the end. It could have be fine but it’s so not...