animal ears and monster girls, enough for me to subscribe already. 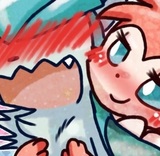 Another series to haunt me with subtext though...

Cute one. Though I do wonder how she's getting money considering the ayakashi don't have any and don't pay rent.

Ayyy, glad to see someone picked this up! It's been one of my "projects I'd like to do, but don't have time" for a while. Incidentally, so far, the series has 3 volumes released, and is still ongoing.

@Chantelune
I don't know if it's in one of these chapters, but in case it is from the later volumes, Mahoro is from a rather wealthy family.

@Ropponmatsu
So is there any kissing in the future?

@lordcruxis
Unfortunately, like the author's previous work, it seems we have to make do with flirting and subtext. :<

@lordcruxis
Unfortunately, like the author's previous work, it seems we have to make do with flirting and subtext. :<

Ugh, It seems the translations for their other work stalled out again after getting picked back up briefly when it was featured on dynasty front page. Kind of a frustrating manga after it kind of glosses over events in a certain chapter.
it kind of sucks if this is going be the same type.

@heimdall
If it makes you feel better, Riko and Haru ends with them still just being friends.

@heimdall
If it makes you feel better, Riko and Haru ends with them still just being friends.

Ya I went through the raws and while I can't read Japanese I got the general idea of what happens. It seems like a let down though I'd still like read the rest someday. I'd also love be able finish Kanamemo or at least find out what is the final outcome for the MC and each of the rest the cast. Not to mention who if any ends up with someone. Don't think I've ever even seen raws for it though.

As far as this goes I'm rather impressed they touched on the whole them interacting with things in the world and people not seeing it and why. I think most things just kind of glance over that kind of thing instead of even attempting to explain it.

Hmm... Mahoro kind of looks familiar. As if I've seen her before.

Shouldn't Kuuko and Nene have at least two tails? 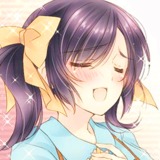 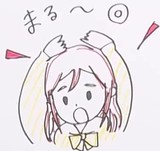 Who knew allergies could be so cute.

This is finally here! On this site! yes! Hahahaha... I really love this... Plus Kitsune-san and Mahoro are really beautiful... I also love how the zashikiwarashi kid cares a lot about Mahoro

Ugh this is so cute x3

Mahoro is going to finally make a human friend with new eavesdropping girl after having some sort of misunderstanding chapter? That's my guess of what'll come next. 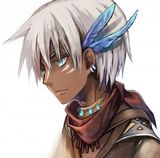 Shouldn't Kuuko and Nene have at least two tails?

It's my understanding that Nekomata and Kitune grow more tails as they age. So it's possible that they're relatively young. That or Hijiki isn't following the traditional settings for youkai.

Yesssss, a human friend! This is so cute. 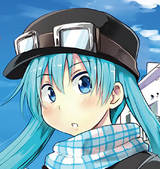