What is it with yuri and scary older brothers? 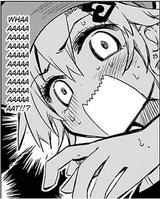 Art's improved quite a bit. Interesting that this story has an albino in it. Not something I come across often.

Yet another arranged marriage? Awesome. Though she is telling the truth, she doesn't have a boyfriend.

I have no idea what i was reading about .. First some Rich lady, Then another girl's story pop up?
Not sure if this is supposed to lead up to something or not..Or if i'm missing something here

"I'll just write about this girl and...boooring! NEXT! 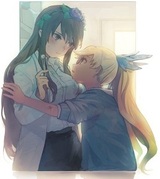 Nii-chan did a good thing

They mentioned in the first chapter that she'd originally went to a private rich-girl school. 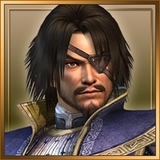 Was the first chapter (the one where they first meet) intentionally lacking text? Or was I supposed to have something on to figure out what's going on?

I mean I understood what was happening without the text, but was just curious.

What is it with yuri and scary older brothers?

It's either scary older brothers/family members, clingy or overprotective siblings, or siblings that want a relationship with the MC.

It's like any other Anime/manga series. You gotta have a cliche/trope.

Was the first chapter (the one where they first meet) intentionally lacking text? Or was I supposed to have something on to figure out what's going on? 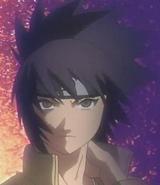 That moment when you have big brother .....you never have guy friends at all

That moment when you have big brother .....you never have guy friends at all

I have 2 older brothers and had guy friends :P 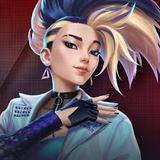 Can't day I understood anything.

Or that anything happened here. 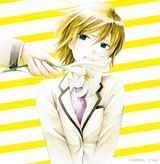 Such a good friends, thanks to them we could skip a lot of drama...

This method of storytelling reminds me of when I was in middle school trying to write my own stories that rushed things to the point where they just left the reader confused.

Or at least that's how I feel at least. This author definitely seems like they don't take the time to lay things out in a way that makes people have more connection to the characters. I could understand if it was a one-shot that usually tends to move things along quickly because it's just one, but this is more like baby's first comic attempt. Skips between scenes don't flow, and make it confusing as to when time progressed. Something like that is especially important in a visual art format because readers are depending on your ability to draw scenes instead of describe them. This chapter was just a rush of things that happened too suddenly without breaks. It isn't a race to the end!!

I mean, maybe it's just me. Or maybe I'm too critical. I'm sure I'll still keep reading it anyway because I can't resist the yuri but meh, personal opinion I suppose.

Regardless, thanks for the continued translation!!

15Y+ shows that the author knows how to drag out the drama, I think they just simply chosen not to do it with this series.

15Y+ shows that the author knows how to drag out the drama, I think they just simply chosen not to do it with this series.

But the drama in that series is so predictable it's not much better, and the pacing is just as confusing but manages to get away with it somewhat because 90% of the story takes place in like two(?) apartments (because I can't even hardly tell where they are half the time I'm not sure).. it actually JUST started getting interesting with the latest chapter actually introducing some intriguing back story, it'd be nice if it lasts. I would prefer a little more conflict in this series as opposed to barely any at all.

I mean, if it's not obvious, I've become a bit jaded about the same cliches in manga/comics over the years. I've seen stories similar to this one but told better, so in fact adding some conflict makes it more interesting and engaging. I should be happy the two got together(?) but instead it just has me feeling like.. well is that it?

This is just me rambling at this point but I'd just like to see more from this author, it's obvious they like their stories but they rush things far too much. If they slowed down and took the time to go into depth it's be much more interesting. 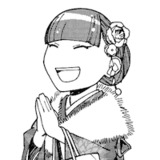 aaaannnnnd I think I'll stop reading this one. I just don't have the patience for this author any more. 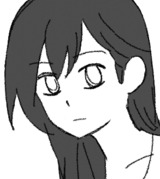 The cover page is cute

Just to be fair. Snow & Sunflower WAS her first manga (longer manga). 15y+ was next.

I think you are being a bit cynical , about this author Dayo. Based on ^ its quite obvious the author attempted to lengthen the story by filling in every hole in 15+, compared to this manga which rushed through things forcing the reader to assume things, or as if we just tbh missed "part 2" chapters. But its still an attempt at improvement and that shows something.

But this manga's plot while not absolutely unique is intriguing, while you can say the stuff happening here is cliche, that's being presumptuous. As people have said we can assume there will be the same plot of arranged marriage we see in normal romance, but A) It hasn't happened and you assuming the plot will be cliche doesn't make it cliche, stop taking your anger out of an undeserving author. B) This isn't cliche in Yuri, and maybe I've missed the arranged marriage manga's but I've read most manga's posted for the past 2 years. Also if this manga improves as it progresses I don't think that initial skips would be bad at all rarely do we see manga's focus on the romance especially in Yuri, most of the manga's effort is spent on becoming a couple (Think Lily Love, Always Human (good webtoon go read it) Say I love you (Norm Romance but gets the point across)), and if we were to see a manga built on the romance overcoming the internal and external problems it'd be a masterpiece. But in all honesty I don't see that happening I'm just being optimistic.

And for 15+ yes it slow but its not predictable, and if you think it is I'd love to see your foresight in words because as far as we've seen the only thing for sure is that they will become a couple.

It's kinda too smooth. totally passive shy girl and ojou-sama all self-confidently coming onto her blahblahblah (
isnt it boring?

Will that continue ? I really love this manga :(