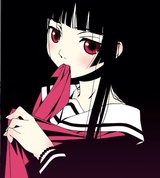 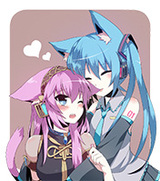 wait... no. thats how it ends?? nooo please more. its so tragic but alluring

Wow, one of the first scanlated yuri ever (I think)! Too bad it's a tragedy...

I just can't seem to feel the yuri vibe from this, especially ch. 17

I think this story was meh. Overdramatic and overtragic.

well ok then... I cry really easily... But I didn't cry with this story.... Says enough

This would have to be one of the few series where the anime is better than the manga.

A well thought out story. Numerous intrigues, love triangles, and double motives merit a second read for detail. Sinobu-san certainly embodies these with her surprising and fascinating character development, which earns her the place of most well-conceived persona. 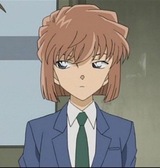 the anime is literally like a soap opera lol 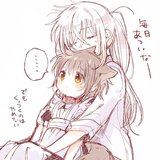 I have watched the anime such long time ago and it is one of my favorites(Lady Oscar from same author is such a masterpiece too)! Saint-Just and Nanako forever! My Oniisama E manga had just arrived at home in Japanese i am so excited to learn japanese and read it! I am so happy that i bought the big version manga ^^

it's yuri but everyone ends up with a guy...i don't like how Mariko ends up with the random dude or that rei dies wtf

Is it okay if I talk about the anime here? I haven't actually read the manga at all, but it feels like a waste to create a new discussion for a single post (about an anime that came out thirty years ago, no less).

My biggest complaint about this series was the fact that it was very melodramatic at times.

And the animation definitely didn't help with this at all... I wasn't actually expecting much more from an anime that came out in 1991... but the *pretty obvious* attempts of the director to reduce the number of frames needed (along with the oftentimes over-the-top voice acting), actually made this funny to watch sometimes. (Though, my tendency to make fun of overly dramatic plotlines might have a little something to do with this...)

There were some strong moments too, though. I particularly liked that scene in episode 29, where Kaoru moved to abolish the Sorority —it was such an intense and exciting moment! And having Rei join in, and seeing Miya-sama's face of utter betrayal was just so fun and satisfying!
(I had to keep the sarcastic Miya-sama out of the spoiler cover).

Also related to this incident was another scene which I (surprisingly) really liked, that being the scene in episode 32, where Fukiko sees a dream, in which all of the academy's girls are coming at her, armed, while she's playing that dramatic piano piece...! And Rei pointing the barrel right at her... And hitting the final shot! Idk, I found this scene cool for some reason.

Since I'm talking about this, I should also mension how great that piano piece was. It fitted the scenes it was played in very well, but it also fitted their relationship: stormy, dramatic, and sorrowful. To which I should add, though, I felt like I never truly understood their relationship. But I'm okay with that.

I also would like to talk about Saint-Juste-sama. First things first. She was a bit unstable. It's a bit ironic how for half the show I was expecting her to die, but then I had kind of forgotten about it by the time we reached the episode where she actually did die. I'd also like to complain about the direction of that scene, because I couldn't help but laugh at how she fell over the edge.... Also, I found it a bit weird how people talked, after her death, about how Rei was free, when she had been chained to her sister that whole time?! She wasn't really free; the only time she had actually been free was those few days right before her death, when she finally found the strength to live her own life.

What I found most curious about this series was how strongly it reflected the idea that girls having romantic feelings towards one anoher is normal in all girls' schools. It's interesting how none of the girls' feelings were seen as real love, even when it was explicitly mentioned that they had fallen in love. Things like Nanako thinking how she, too, would one day fall in love like Kaoru and Henmi, or Fukiko saying that Rei never got the chance to fall in love for real (though this might be an accurate statement...). It is clear that all these romantic feelings were treated as merely temporary and real love would be that towards a man.
These ideas seem so obnoxious to me that it actually kind of sparked my interest to seek more of these type of stories... lol

TL;DR: Umm...the animation/direction was sometimes funny, it was often melodramatic, the piano piece was cool, Miya-sama can go to hell and Saint-Juste-sama...! (*read in Nanako's voice*) was I mean unstable. A tiny bit.
Also, the whole show carried the idea that love between high-school girls isn't actually love, and they will all fall in love and get married with a man some day... Which I actually found intriguing, but I'll probably get back to this matter on another post in the future.