I'm probably the only one who watches MHA here but I just wanted to say that I'm very sad with this arc adaptation, in terms of animation is mostly special effects in static pictures, and flash of lights with rumbling ... And we were thinking that they saved the best for this one episode but no, it was ... less than what we know they can do and they only made it look great for like 15 seconds. And when you think about Kimetsu no Yaiba and Fire Force and how they tried to improve what the manga did (And succeeded) you would think that one of the most popular and successful shonen of the decade, after a year of break and uneventful start of the season(mostly talking) would deliver something good but I guess, the hype was too high.

Z/X Code reunion is not bad but the animation quality drop is just bad.

Bear Girl is getting an anime https://i.imgur.com/7BYAQUI.jpg

Sorry to ask but literally what ?

Uran new loli manga!!!!!
Skeeter rabbit got axed for being yuri not loli!
Young Animals readers don't like yuri i guess.
I hope Uran don't give up on yuri

Blade of the immortal so far really has bad animation most fights has been reduced to just splash screen and that's just it! WHY!!! Dororo can have proper fight animation!! WHY !!

This got axed most likely to make space for Miura new manga Duranki.
Skeeter Rabbit, Bersek, Duranki published in the same magazine. 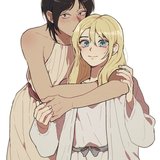 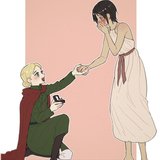 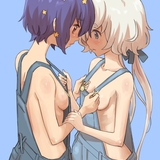 still don't get this ship.

yuri don't sell and get axed.

koneko
A Story About Two JK Getting Along discussion 21 Jul 17:03
Quote

KyoAni is over, they're probably gonna get sued because building lacking emergency exit, fire safety.

Usa use the dirt she has on both Chika and Shii to avoid drama!