I think the bisexual tag should only be used if there's bisexual romance (two girls and one boy/two boys and one girl, for example), not for bisexual characters.

To be honest, you're both right...

That said, after some reflection and going through the comments section in depth, I've begun to think that there is actually a deeper message in this story.

Honestly, it's seems like the main message is about how people can sometimes end up deceiving themselves. The interesting thing is that the "truth" of Mitsuko's orientation is ambiguous/left up to interpretation... which I can understand why that would be upsetting to a lot the readers. But, I think the point was more about the fact that Mitsuko didn't know who or what she wanted to be, which lead the ending in the story happening.

Of course, there's also the issue of how the other women in the office are completely duplicitous in what they're thinking versus what they're saying. Really, there's a part of me that's inclined to think that the "real victim" in this story was Kyouko. I mean, people talk about her behind her back, and in the last panel- based on her reaction- it seems that she actually cared about Mitsuko a lot more than she realized.

Hence, you could say that she's the victim by not being honest with herself and Mitsuko when it mattered most.

If you're starting your day, skip this one and go on to read something sweeter like students yuri.

I got baited shit! I hate reading stuff like this but it happened, thanks a lot dipshit. Seeing the tags I knew something bad is going to happen FUCK!

I think the bisexual tag should only be used if there's bisexual romance (two girls and one boy/two boys and one girl, for example), not for bisexual characters.

I'm not saying it should be used instead of those tags.

Bisexual doesn't either. It simply means someone is attracted to both genders. It doesn't mean they only fuck or date people of both gender at the same time. Someone bi can still be in love triangle with 2 girls or cheat on girl with other girl, or hell, even date 2 girls at the same time, without either knowing about it. You suggest those tags without even understanding what they actually mean. 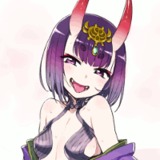 Edit: Actually, after thinking better, I think it's indeed useful to identify that a character is bisexual (IF it affects the story, like this case)

I'm fairly sure that's exactly how this tag is already used in Dynasty...

It's popular in a way. Not a good one though.

This has a misleading cover art. I thought the cheating would stop and the gals would marry, but I was wrong.

CONGRATULATIONS on the wedding!!! A good read to show how messed up people can get because of their insecurities in real life 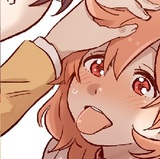 This hurts so damn much that I can't even- sigh

Me after reading this: laughing and crying at the same time. Well, it's a good story as far as giving myself a hard kick in the gut is concerned. I mean, there's no doubt the intent was to give the reader a tough time (or fucking trauma), and it delivered well.

CONGRATULATIONS on the wedding!!! A good read to show how messed up people can get because of their insecurities in real life

I kinda hate all of the characters here just bc how stupid of them are by doing such thing, soooo basically i hate this

Damn I remembered reading this in the past and i was like so mad for a whole day or two, and I stumble to this once again today and read it again and it made me remember that it was this manga that made me so furious and wondered why did it even made in the first place....