Beautiful... That was beautiful...
Thought the art style was gonna bother me, ended up loving after like 3 pages.

That was so cute and fluffeh! I don't even

Waiting for 5 months, half-year, and forever NicoMaki from this cute artist ♥ 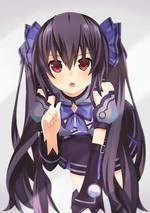 That was... amazing slow clap all I can say really

The art was gorgeous. I mean it. It kept me from getting to the next page way too often.

Too bad this isn't an original doujin but the story was cute too.

i can't understand why so many characters in manga dream to "forcibly" have their way with the person they love so much (like in the last ch.)... isn't better if she's consentient ?

however, this artist can really draw well I don't watch Love Live, but I keep reading NicoMaki doujins for some reason. But yeah it was really sweet! It makes me wonder how different couples make the jump to talking about sex, since so many ladies are taught that sex is shameful and they have to be innocent maidens. I agree with lucamarte in that I wish there was less rape fantasy in manga, but I'm glad it was resolved consensually this time!

niko-maki pair shall conquer the world

Loving the art. And the sweetness. And those two in general. <3 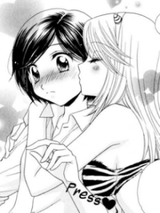 This is just perfect! Added to favorites! :D 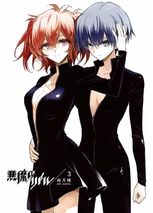 Nice story, good art(though a bit too shoujo-ish) but i love it. Tsundere maki at first but then she became the dominant one. Starting from kissing then holding hand and taking their time to do everything. GJ

I loved how it was build up, no rushing things, everything seemed natural. Great way of develop their relationship, I like also that in this manga Maki is a bit unsteady and not like she just knows how to have her way with Nico without much trouble. (The last obviously influenced by Tomo's doujins though ^^;) 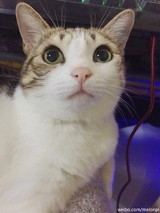 Nice xD
Dang, Almost forgot this site has that main page, I never use it lol (only use the Recently Added)...

The whole rape fantasy (push her down forcefully, have my way with her even with her protests, etc.) side of chapter 4 really bothered me until I realized that what the chapter did was reject the idea. When Maki is fantasizing, it's because that's what she knows of how it's supposed to be, as well as an indication of her reaching the breaking point. But when confronted with a vulnerable Nico with tears in her eyes she stops, realizing that's not what she wants at all. She wants a Nico who's a participant rather than a victim, and is supremely happy when she achieves that.

It's great when you see something that doesn't buy into the idea that sex has to be scary or awful for one party.

This is just perfect! Added to favorites! :D

How do u add stories to your favorites? (Been trying to figure it out for a while...)

Loving the art. And the sweetness. And those two in general. <3