I guess it is... if she's going with her nubile young lover and you assume they're going to make out in the stall. ;-) 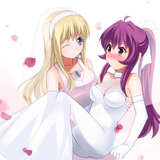 Then, after they have said their vows, Yui pulls a "Graduate" and she and Kyouko run away together?

Something about a tree and an apple, as well as a description of the apple's eventual place of rest seems applicable here.

One of the most mystifying things in this manga is Sayaka's seeming inability to realize that Yuuki feels about her the same way she used to feel (and in fact still feels) about Sumika.

Thank you for the boobs.

I didnt realize shishimaru was so tall lmaooo

Isn't it Pengin who is short?

At this point, Jeanne Mathison and KasexYamada, you are both carrying on accusations and targeting of Lilliwyt that fall under the latter parts of this rule.

For the record: I don't read Lilliwyt's posts. Obviously, I never reply to them either.

And about the banned one, I said what's important already; no need for me to go on.

As Nene likes to say: thanks for all your hard work at moderating the forum!

Am I a person of bad taste if I think this is really amusing? 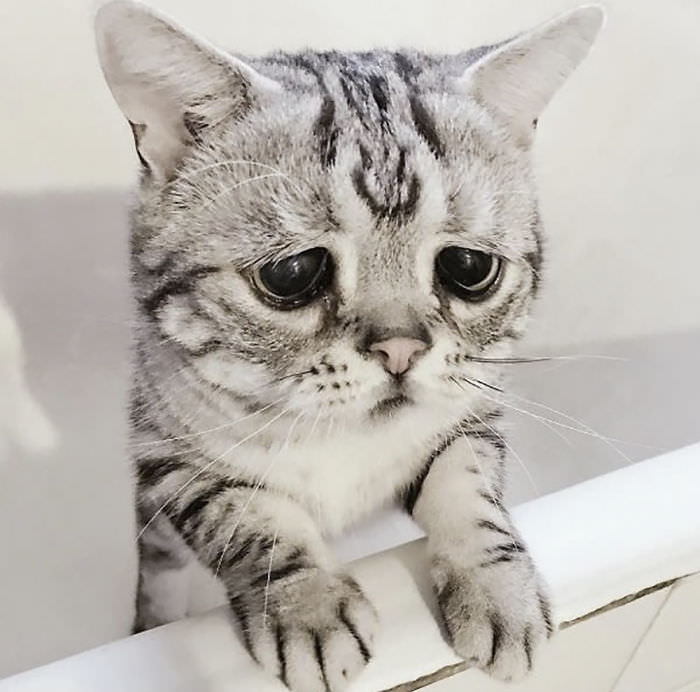 So, after praying, he got an omikuji at the fortune lottery, to find if his wish would come true. When he checked the strip of paper, there was (of course) the kanji for Big Bad Luck... meaning that his wish would not come true!

But, in the American version, the strip of paper had this written on it in big characters:

Am I a person of bad taste if I think this is really amusing?

But, y'know, I'm not really surprised. BugDevil always had fans. I should know: I know his story quite well.

I met him very early. I had just joined. I was elated that I had found a forum for yuri fans; I thought that, in a place where we all liked the same manga, there would be no conflicts nor fighting. I hadn't even posted twenty messages when someone attacked me, in a real jerkass way, over something I had said: it was BugDevil. When I asked wtf was his problem, @Rose explained to me that he was some guy who was rude to everyone and kept being banned but always returned as horrid as before; and @oooeeeaaa (a veteran forum member of 7 years) told me, in much less words, that BugDevil was a TROLL and that I shouldn't talk to him. I agreed to that, and predicted: "If he keeps this up, going vs. the rules and the moderators, he'll dig his own grave anyway." Funny, in hindsight, how right I was.

Anyway, that's how I lost my naive illusions about yuri forums being such lovely peaceful places.

In the following months, I could see that BugDevil was in a downward spiral: picking fights, insulting other writers, disrespecting the moderators, refusing to shut up when told so, being slapped with temporal bans, returning, then starting it again, all in a continual vicious cycle. Most people in the forum were appalled by his behavior, but some ate it up.

This is the thing: you, me and the majority of the forum are thankful for the rules and grateful to the moderators who work hard to enforce them and maintain a nice, enjoyable environment... and gosh knows, with a forum this size, it is some work! But there are those who resent the moderation. Rather than being happy, they are furious when mods intervene to stop a dispute. Rather than thanking them, they would diss them if they dared. They don't, of course, not directly. But they admire someone who dares. That's why BugDevil was their hero: the guy would constantly clash horns with the moderators, take whatever reprimand or punishment came his way, then challenge them again. He did the things they don't dare to do themselves. They swooned at his cheekiness... and were thunderstruck when the little troll was banned for good.

Even now, after half a year, they still can't get over it. They hurt, but they can't do anything. In the end, there's no point in speaking to them: they're fighting for a dead cause. Their posts are, at most, good for a laugh. In BugDevil's war against the system, we are the winners; they are the loser fans of a banned loser.

Let'em do whatever they wanna do, we don't need to care anymore. 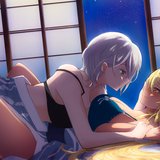 @pogotun: Chilling? It's about to get hot like a furnace in that room!

KasexYamada
Even If It Was Just Once, I Regret It discussion 08 Nov 01:04
Quote

After reading this, I feel healed.

Just in-case it wasn't clear with the title of this thread explicitly mentioning that off-topic discussion is welcome, I would like to reiterate something. Any poster is welcome to post anything they wish here, so long as it doesn't violate any rules. As rule 11 explicitly states, "Users are encouraged to visit the Dynasty Cafe, where you will be able to talk about any subject you like."

So, if I get your meaning right, it's ok to make fun of that banned little troll BugDevil, even if his friends (two, by my count) get hurt?

He would take any viewpoint (even contradicting his previous stances) as long as it made other commenters angry and started a heated debate.

We call that a troll.

I actually remember BugD being on the "those two are a couple and mutually in love" side of the conflict.

I most certainly don't. Guy was like Ratbert debunking the Big Bang.

Ratbert is a character in the Dilbert comic. It is generally accepted that Ratbert is the dumbest, stupidest character in the series. One time, Dilbert tried to explain the Big Bang in simple terms that even a pinhead like Ratbert would understand. It went like this:

Dilbert: "The Big Bang theory says that all the energy in space was originally jammed into a supercompressed speck the size of a tennis ball. Then this extremely dense point exploded, producing matter and propelling it outward to create the ever-expanding universe as we know it now."
Ratbert: "And why, pray tell, would there be a TENNIS BALL, of all things, in outer space?"
Dilbert: "Um... there wasn't."
Ratbert: "Haw haw! Talk about a FATAL FLAW, huh? Haw haw! It sure didn't take long to debunk your idiotic crackpot theory!"

This is more or less how that guy BugD. debated, always. Even if he didn't know the first thing about the matter in discussion, he would pick random words in other posts, juggle them, make a meaningless word salad and send it calling it a reply... and at the same time he'd insult all the other commenters (the ones who really knew about that subject) as bigots and ignorants.

I remember, on one occasion, someone who understood physics kindly explained to him the laws of thermodynamics. He answered with a very offensive message where he called the laws absurd and the person who had explained them to him a fool... and then he loudly claimed and tried to prove that thermodynamics worked in a different way than science had it. Ratbert to a T.

That page doesn't show Yuusuke working at some job. It shows Yuusuke throwing away whatever little money he still had at the champagne room of some sleazy club.

And even the bunny girls can tell that's why Sayaka dumped his ass: because he's a cheater and a squanderer. But he can't figure it. What a moron alright.

Kudos to Kageko for not fainting after fondling Sakurako's breast.

Imo that should be more faintworthy than a peck on the ear.

I've noticed that pretty much every single girl named Akira in manga is ridiculously hot and/or cool? The one from Canno's Polycule series, the one from Taiyaki's (first) mothercon series, the one from the Revue Starlight mobile game, and like twenty others I've probably forgotten. It seems to be a name that guarantees chadness.

It's an unisex name, gender-neutral, you can give it to a girl or a boy.
Because it's both a boy name and a girl name, the trope is that it carries an androgynous quality, especially for a girl. She will almost always be a tomboy or a cool femme, and make other girls go doki-doki in excitement.

For whatever reason, it doesn't work the other way: a boy named Akira most of the time will be a vanilla chara and won't be feminine or anything.

Jun's hairpins are exactly like Kaosu's hairpins. You know, Kaosu from Comic Girls?

It's amusing, as Kaosu is supposed to use dem hairpins like that 'cause she's a klutz and never manages to get them right.