Where does yuri-ism find the raws? And where can i find them online?

They privately scan them themself, and they're not public, so you can't.

Some are, some are not.
Most of this kind doujin can either be found at events like GLFes (which is in next month I think?) and/or comic shops of different kinds. I haven't gone to events much so I buy mine mostly through Comic Zin or Toranoana, which are both physical retail stores with online shops (Not sure if they ship internationally though). i really hope they upload the next chapter soon. i want to know more about these two.

I need part 3 ASAP omg my heart can't take it

I like this manga so hard !!! but my favorite is still Rub & Love :P 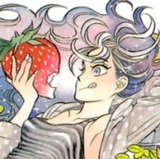 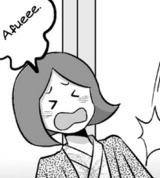 Aaahh the dreaded cliffhanger!!!
But, c'mon, this will end well. Right? There's no way that this not gonna end well. RIGHT!?!?

And I love the shirts!!

From the looks of yuri-ism's tweet we are headed for more gay next chapter (Big Surprise lol). I'm guessing it's Aki's dream, except that she becomes the aggressor.

EDIT: That appears to be from Ch. 7 as it was not in the one they just released. We'll see. it has to come up eventually. 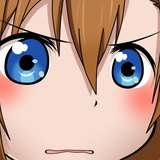 A flag was set.

I was wondering maybe the reason why Aki is dreaming about those things is because Saki has a strong desire to fuck her friend? because something like this happened to me. I have a co worker and we are like best of friends and she claims that we are soulmates then one day she got promoted in our work and I was desiring to buy her a necklace to congratulate her but I couldn't find a perfect necklace for her, then few days after (me still looking for a perfect necklace for her) she enthusiastically told me that she had a dream that someone put a heart shape necklace on her and that's when I got the idea that I should get her a heart shape necklace.
and tbh this is not the first time that this happened, well, we often talk about dreams and such and she always dream about the things that I desire or predicts the things that happened to me. it feels like she has a sixth sense when it comes to me. :/

Sounds like you have a keeper on your hands.

Tree sounds like she's in some cute manga lol.