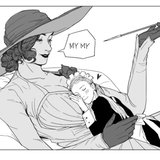 Lady D is pretty amazing. Her outfit is from the 1920s, but her voluptuous figure is likely an homage to the look of the 1940s actress Maye West (who started acting in her 40s and had the curvy figure to match)! 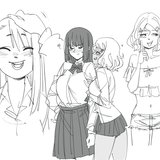 Based on various bits of dialogue from Sakura, it seems like she's a bit of a closet "Fujoshi", she gets yaoi vibes while watching two boys struggling against each other in the Judo Tournament. And ends up becoming something of a low-key gamer/otaku after getting mixed up with the members of the gaming club.

I don't really see her as the type who would be harboring a crush on another girl. After all, we've only ever seen her expressing attraction towards male students- and she seems to be in the middle of initiating sex with her new hookup in the infirmary bed (during the Christmas Eve arc). I think she should be celebrated as a female character for being so open and assertive when it comes to her sexuality and what she wants.

This is a really cute little series, but it's one of those stories where you're not supposed to think too much about the larger implications of it. Honestly, if this wasn't a silly lighthearted comedy, than the whole concept of the Hero using their powers to physically turn guys into girls and/or (far more troubling) change people's sexual orientation...

...Is it building up to this being future Earth?

More a like the shit part of a mexican city

Or Detroit. Jokes aside the subtext is slowly getting less subtext and I'm loving it

There's yuri subtext in the author's other major series. I just wish the rest of it gets translated, because the raws make it seem like the two characters with all the subtext are living together by the end. 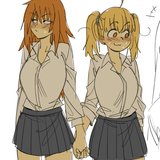 @IresaFan: Other people had the same thought, since they spend so much time together. I think the official bio for Yoshi says something like "she's a person who really likes Gamo-chan".
@shadesan: Yeah, they're pretty great as a couple. They have a lot of chemistry, so it's sort of like they're out on a date of their own while watching Nagatoro and Senpai.

Or, considering what kind of story is this, maybe she just likes X :P

My Incompetent Boss Can't Be This Cute o3o

Man, if that's the case, then Cool Down has been playing the looong game...

Cool Down was just an alias.. Her true name is Slow Burn.

Brilliant! I applaud you! 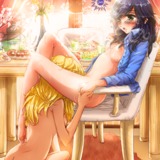 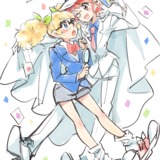 ^TheRaptureKing: No, not at all, you just have good tastes. 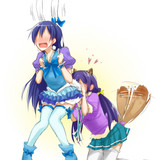 I get that Eli is a fox and Nozomi is a racoon and Kotori is a bird... But when/how did Umi become a rabbit? 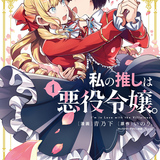 I love how easily flustered Claire is! She tries so hard to be a total tsundere and an alpha bitch... And yet, whenever Rei does her usual "I love you" shtick, she starts radiating serious "bottom" energy. 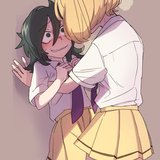 These two are always hilarious together. But man, Tomoko's eyes...

Or, considering what kind of story is this, maybe she just likes X :P

My Incompetent Boss Can't Be This Cute o3o

Man, if that's the case, then Cool Down has been playing the looong game... 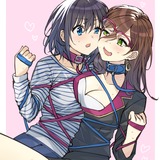 @Itxcs: Seconded! I like the fact that they're such perfect equals, no "top"/"bottom" nonsense.

I have a baaaaaad feeling about this... if they wind up fusing and forming that giant kaiju thing at the start... I think they're gonna need a stronger form to beat them.

Also it looks like Moe is starting to come around to the idea of peace. Maybe she and her mamas will defect like Honey?

I've seen characters like Moe before. She's "the innocent" who comes into the middle of an ongoing situation, who accepts what they're told as gospel (ie, "They wanna hurt my moms, so they're the bad guys!") A similar thing happens in the the transformers show "Beast Wars", where a character in a similar situation comes to the realization that what they've been told is wrong. In Moe's case, she's thinking "I'm supposed to be a hero, but wanting to hurt people =/= hero..."

Moe is driven by a positive moral: protecting the people she cares about. But now that X isn't even trying to hide her dark and ugly side, Moe's struggling with a much more complex conflict than she'd believed. And X's grown so angry and embittered that she's effectively blinded herself to reality, and so attached to her Antonid identity that she's willfully ignorant of the fact that her Generals are clearly capable of feeling and understanding positive emotions. X belittles Melt's relationship with Kyouka and Moe (without any thought of alienating her), while Cool Down and Kyouka are behaving more or less like humans right in front of her.

It's increasingly looking like Melt and Kyouka are reaching a point where they're going to oppose X (if only for Moe). The only real wildcard is Cool Down... I'm beginning to suspect that she's just "playing the fool" to ensure X doesn't view her as a threat. And now, she's finally making her move...? 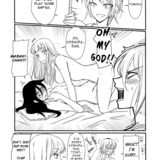 I love the fact that Yoshida was supposed to be this mean delinquent bully, but the fandom turned her into this adorably naiive girl and useless lesbian (though Mako makes up for this).

i am so happy reading this. tadoroko san always put me in a good mood. it's so cute and wholesome. not a bad day can destroy the happiness i feel when i read this

Random, but I'm wondering about your avatar... It looks like Nozomi dressed up like a "Race Queen" (a photo model in a skin-tight racing suit). Is it official LL art?

I'm a little confused about the "idiot couple" tag... I mean, Kageko seems a little oblivious, but I'm sure I remember them kissing and fooling around. Or is it more to do with the fact Sakurako can't flat-out say how she feels, combined with the fact that Kageko somehow doesn't seem to realize that they're in a relationship?

This is completely ridiculous... and I love it!

The mangaka does a cute manga called "Musuko ga Kawaikute Shikataganai Mazoku no Hahaoya". It's finished in japan, but nothing's happening with the translations of the chapters after 138 (there's like 201 chapters in total).

I love the manga, and one of the reasons is because there's a strong low-key super cute yuri dynamic between two of the main characters. I mention this partly, because there's a vocal (I have to assume male) contingent of the fans that hate this, so I love the idea of possibly proving them wrong!

It'd be great if someone could work on finishing the translations...

Do you mean vocal Japanese fans or western fans?

the comments on the site bitching about the hinted future yuri couple are all in English, and the people making the comments (as best I can recall) all have western names. They're a small subset, but they won't let up.

The couple they're getting angry about are a cute young girl (Chiharu, around 19) who's starting college, and a cheery dark-haired onee-san with big breasts and glasses (Meri) who like wearing sweater dresses. Meri is SUPER affectionate with Chiharu, who just smiles whenever she's fussing over or hugging her. Meri also gets real low-key pissed when a girl just walks up and starts groping Chiharu (who's clearly not enjoying it) and takes the girl aside and "sets her straight". 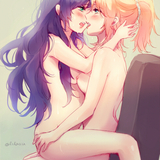 Can we take a moment to talk about how great Nozomi looks with her undone?

I've to really enjoy this author's work. There's something about the art style that makes the characters stand out more than they would in most other doujins I've read.

The mangaka does a cute manga called "Musuko ga Kawaikute Shikataganai Mazoku no Hahaoya". It's finished in japan, but nothing's happening with the translations of the chapters after 138 (there's like 201 chapters in total).

I love the manga, and one of the reasons is because there's a strong low-key super cute yuri dynamic between two of the main characters. I mention this partly, because there's a vocal (I have to assume male) contingent of the fans that hate this, so I love the idea of possibly proving them wrong!

It'd be great if someone could work on finishing the translations...

so ready for a kiri/megu sleepover arc.

Yeah, they're both really cute, I always enjoy a Tomboy/Gal-type pairing!