Viewing a chapter works very similar to the iBooks app, where you can either tap a side or swipe to change pages.

Neat! I can't wait for the release!

It is still rather buggy.
I was testing on iPhone 4s iOs v 5.0.1, for many releases when I turned the page pages I had already read would pop up. I do not know why this happens but it does, as it happened for multiple releases and even when I went back to where it had been it was still there when I returned to the forward section.
Another problem I have is that the chapters do not link together, if I am on chapter 7 it does not go to chapter 8 at the end, instead I have to navigate back to the series page and then go to chapter 8, a feature linking chapters would be nice.
It would be useful if you could log onto Dynasty from the app to use reading lists.
The lack of the Random button leaves the app more lacking than any other feature that it is missing though, as that is what I use most often on the site it is dissapointing for it to not be included in the app.

Do you have any more information about the page turning bug? I mainly use the app on my iPad, and I haven't encountered that at all.

Implementing reading lists is on my list of things to do. Just haven't gotten around to that yet.

For the chapter linking, I am planning to do something like that, but haven't determined specifics yet. My current idea is that there will be an additional page added to a chapter. It will contain various related links, next chapter in the series, the author's page, etc...

Yea, I can put in a random chapter feature. I totally forgot I implemented that on the reader, and slightly surprised people use it a lot.

The page turning bug seems to only happen with larger releases. Mostly Futari things with higher page quality and more pages, for all the recent Shigisawa Kaya releases it has happened. When I am on page 4 of Femme Fatale ch11 it loaded page 2 as the next page, and loaded page 5 after page 21 (but the original pages were where they should have been when I flipped back), and continued from page 5 after that until the end. When I reloaded the chapter it stopped happening, but happened again for the other releases.

Edit: One last feature that it is missing is the Recently Added page, which on the normal reader I use far more often than the main page.

I have an iPhone and would love to test it. Thank you.

http://dl.dropbox.com/u/29017247/Dynasty.zip here is the latest version. It will only work if you have previously given me your UDID number.

A few new things. Implemented sections for some of the browsing view controllers. should make it easier to find somethings. Ability to show recently added chapters (over recently released).

I have an iPod Touch 4th and in a few days I'll purchase a New Ipad. If you still need people to test the app, I would love to do it. Thank you for your work.

There is a serious bug that causes it to crash that I found. If you go to anywhere where there is an unknown listed somewhere, like Groups/??? or authors/??? or any other such place and click on it, it brings you back to the respective menu, but if you click on it again and go to Groups/???/??? or Authors/???/??? the App crashes and sends you back to your home screen.

If you still require testers for the iPhone version (4S running iOS 5.1), then I'd be happy to help.

Love to test
iPad 1st gen and an iPhone 4

There is a serious bug that causes it to crash that I found. If you go to anywhere where there is an unknown listed somewhere, like Groups/??? or authors/??? or any other such place and click on it, it brings you back to the respective menu, but if you click on it again and go to Groups/???/??? or Authors/???/??? the App crashes and sends you back to your home screen.

Fixed that, was actually an issue with the database. Those entries weren't working on the website either.

Testing it!
I didn't have any crashes, but I think it's a must a fullscreen mode, and it's also necessary some tool to adjust the pictures size (to better fit the screen size, to make zoom...). The app has already (or so it seems) and automatic fit to the width of the screen, but sometimes (for example reading Legend of Koizumi) the picture is only a bit taller than the screen size and it would be useful to can zoom out or something like that.
I think you already have the reading list support on your to-do list?
By the way, the app runs very fluently on my ipod 4th :)

Reading lists is on my list, probably next that will get implemented.

Full screen / changing resize strategies is something I would like to do, but I am not sure if it is going to be worth the effort. They both require a lot of design, and have tons of edge cases that needed to be tested/debugged. They are definitely useful features, but will probably relegated to when everything else I want to do is done and I have some extra time. 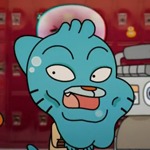 Whenever I try to download Chapter 2 of MariAli, it fails to download. That seems to be the only chapter I've tried to download that I have problems with.

Also on some manga like Maria-sama, Oniisama e... And Mist Magazine an load image error comes up which says "Bad URL"

If you're still looking for iOS testers I'd love to test the app out on my iPhone 4 that's running on iOS 5.0.

If you still need testers, I would be glad to help. 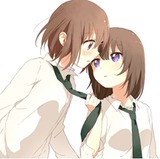 Got an ipod touch running on 5.1 if you need any more testers.

So far, I haven't run into many problems. However, there are a few times where pages seem to repeat themselves.

As stated before, zooming would probably be nice. Mostly for iPhones and iPods as there can be two page spreads with text on them which are almost unreadable even when you go into landscape orientation (or small text on regular pages). But you've already said that it'd be a difficult feature to implement and would probably be saved for later.

(Another consideration is that the bar at the top takes up quite a bit of space on smaller devices like the iPhone/iPod. If possible, you should consider a way to allow us to hide the bar or at least let us scroll the bar off the screen.)

I downloaded the zip file from the link but how can I get the app on my iPod?

A way to hide the bar is covered under what I mentioned before with full screen. How I was able to make the app quickly and relatively good quality was sticking to standard high level elements and functions that are in the SDK (or well maintained libraries). Currently I have been telling the app what to do, not how to do it. I could implement these features, it would just take a non trivial amount of time.

At this point my general feeling is that the app works well enough that these features aren't worth my time to implement. I started this app because, I wanted an app to use for myself on my iPad and I enjoy making stuff like this. I think I succeeded on both those counts, so I am satisfied. If this app was actually going somewhere, it would be different and I would probably invest the time. Like if it was on the App Store, I am not sure it would get approved or if enough people would want it to be worth that effort. Or something I can point at being something I created to future employers, but the subject material on the reader probably isn't appropriate to most employers.

tl;dr App works well enough currently, so probably only bug fixes and small changes in the future. I can still distribute it to ~50 more devices before it would need to go on the App Store, so let me know if you want a copy.

Can you make it display author and group on the chapter name in recently released/added?

Sorry, I don't have any programming knowledge, I can't suggest code implementation :(

This topic has been locked.