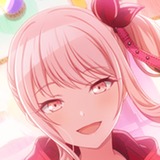 Man I just reread this whole thing and got reminded of the absolute fiasco it is. I finally understood the twin's thing in this reread, and a few other minor details, so I'm glad I went through it all again. I miss Chika so I hope she cheats soon, gets some screen time, probably with ryou 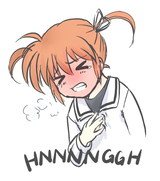 this isn't even really "what the fuck am i reading?" because the author kind of makes it blatantly clear what i'm reading, but more along the lines of .. "should i be reading this? Why am i reading this? why should anyone have to read this?"

Literally me rn. Also, like a very slow trainwreck, you can't look away.

I'm saying this after binging the whole thing btw, Ryou is the biggest winner so far.

Indulge me for a moment as I try to unpack my feelings on this series. It's hard to believe now that it started out with two officeladies trying to figure out their ambiguous relationship and having lovely wholesome dirty sex, what a refreshing change for pace for yuri eromanga.. and then at a certain point it just shifted, started to sink more and more into f'd up situations instead of f'ing hot sex.

Sometimes it seems like it's going to course correct, like: hey, a chapter (23) about twins who are secretly dating the same woman and also sexing eachother up, okay so it's twincest and cheating but nobody's a child, nobody's banging their parents, nobody's getting sexually assaulted, and the sex is hot-- yay!

Of course no course correction was intended, that was just coincidence.. here we have chapter 28, featuring under aged girls pressured into having sex on camera to make blackmail material and bonding over their mutual love of having sex with their moms.

It's kind of like we're slowly discovering this is set in an alternate reality where humans descended from bonobo apes, so all social interactions are worked out by sexual congress, regardless of context, age, or relation. Also everyone's a woman, but that part I'm 100% on board with.

Well anyway, I registered just so I could traumadump about this manga series, but at least it's on-topic. :D I don't mean to sound like I'm shaming anyone for liking this or that, drawings on a page aren't going to ruin the world, and Kurogane Ken should be creating whatever they're passionate about creating regardless of what anyone says.. just had this on my chest for a long time.

Kurogane Kenn is on fire! Thanks as always Goggled Anon for bringing us more of this epic degenerate greatness.

New Comic Hotmilk is out with a new chapter and it looks like we are getting some new links added to the chain!

It's out now. New characters with one connected to the girls from the last two chapters. 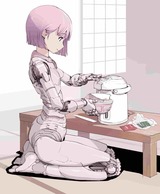 as part of a series that is still named after office ladies, this is obviously absolutely incomprehensible, but as loli yuri eromanga, something that there isn't nearly enough of, this is absolutely peak. SO fucking hot. kurogane is really good at drawing adorable lolis in a way that doesn't seem overly grotesquely inhuman, at least for my tastes. the scenario behind this is also just delightfully degenerate. thank you for the sugary sweet, high quality flilth.