Morgan
There's a Ghost behind that Gyaru discussion 19 Nov 20:06
Quote

Ooo so Yuina gets her powers from her mother's side of her family. I guess that's why she's not tired-depressed like Miko from Mieruko-chan since she can talk about it with her family. Or Re-Kan where the main character, Hibiki, has friends (and a "best" friend who's also a girl wink wink) who knows that she can see ghosts.

Man I love all these "I can see ghosts" comedy anime/mangas. Especially when they're yuri adjacent

What's Re-Kan? As in, the full name, so I can search for it.

That's actually the real name for once ^^

Mari-san woke up the beast

The Beast with Five Fingers.

Humans - killing other races since the beginning of time - at your service!

So, you are here to prove Yuki point, that she was interesting only because she was Catulus, and not for who she actually is.

While I do understand your point of view, I have to disagree. Since Yuki is a congenital catulus, being a catulus is who she really is. All of her friends have only known her as an catulus - and are mostly catulus themselves. So in my opinion by taking the medicine, Yuki no only changes into a person she never was in the first place, she also assumes that all (other) catulus in general are only interesting because they are catulus. Thus implying somewhat, that "normal" humans are better.

Denying a part of your own personality just to fit in with the others is bullshit. And to be fair: the story sets off because Yuki is a catulus. She is insecure, turns into a cat and Ayano has to deliver her clothes back to her thus hitting it off with each other. And I believe that's what Ayano was saying: If she wasn't a catulus - which Ayano has known before - they would be normal classmates and maybe have had a slower start.

I really hope Prof. "messed up" or is just kidding and the medicine is not permanently. otherwise this would turn this really great manga into bullshit right at the end....

It was a lot funnier when she didn’t ask for the money directly...

Did something change? While the story fits, this chapter somehow feels out of pace (feels rushed to me) and the art seems slightly different in places....

So just 7 chapters left? Well, time to invest in some kind of plot....

I'm really getting bored of those shit endings lately.... what a waste of time

All in all I have mixed feelings about this. while the girls are cure, the rushed ending leaves me with a feeling that the whole read was a pointless waste of time. Also: The point of those toy-girls seems to be battling. so why is the one that loses every battle either to beeing weeker or being dumb the one that'll get mass produced? Could have used a few more chapters to deepen the somewhat pointless story.

so, I'm assuming just because Mashiro thought about her "sister" becoming an Bazu-Type Noman, the author will present us a story where the sister-snake has to die in the end? Most likely because of some kind of self imposed compensation for her actions? 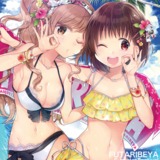 I really liked her better with this hair colour... I srly hope she changes back...

and the next one - sadly no street view this time. seems like google didn't walk into the mall

the second one... can't find a better picture since it either looks different now or maps just used the wrong photos.and according to https://ameblo.jp/1983-0714/entry-12601193329.html they're still in business during corona.

Actually, as we're going through a huge reset of series and backlog uploads, I think it's pretty likely that we'll pick it back up within the next few weeks!

Just asking since dynasty is nearly 30 chapters and 3 years behind: will there be any updates? Or is dynasty not interested anymore?

Huh, so it's an actual place? Neat.

Yeah. Reminds me of Yuru Camp, where all shown places were real camping grounds and restaurants and so on. I‘m exited to see if we get a new „traveling guide“ for this region now. :)

I kinda liked the original version better, going with killing off her childhood friend feels kinda random in comparaison.

yeah... made it to that point and just instantly dropped this shit...

The one I'm searching for is about two girls, that maybe become "deliquents" in their school (dyeing hair) I think. The one thing I remember is that at the end they both graduate and one of the girls gift's the other one a key to her new apartment. Sry I don't remember much of this :/

I'm pretty sure it's this. And the part of with the spare key is in chapter 3.

Sorry, but I don't think that's the one. I think it was a one shot and they didn't have sex. I also think she gift's the key at the graduation ceremony - or slightly after. =/

The one I'm searching for is about two girls, that maybe become "deliquents" in their school (dyeing hair) I think. The one thing I remember is that at the end they both graduate and one of the girls gift's the other one a key to her new apartment. Sry I don't remember much of this :/

Hm... I watched the first episode of the live-action drama today.... I really think it's crap... Ayari doesn't seem shy but more like a creep and psycho (at least in the beginning) and not much of the light "fluffiness" of the manga is left. Last but not least: although the actresses of the main cast are about 19-20 as far as I know, they seem like 30+ playing little kits.... It's just off-putting for me. I'll wait til someone does the anime version...

So he‘s a farmers who‘s animals turn mad and the soil of his land got currupted to a degree where it can‘t be used anymore. Wildlife in his area has abnormal growth and seems more dangerous while his family get‘s currupted one after another...

One might ask why the heck he won‘t move...