This one by them doesn't seem to work?

It would appear that "Nowhere to Go" and its sequel, "In the Afternoon" were both licensed by DMG. They are listed as licensed on Lililicious' site, and baka-manga credits DMG as the English publisher.

I'm not sure why "Nowhere to Go" wasn't removed like its sequel, but I'm going to guess that was the intention. As such, it's now been removed. Sorry, and thanks. 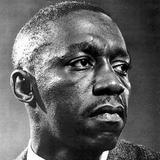 "Nowhere to Go" and its sequel, "In the Afternoon" were both licensed by DMG.

Just to follow up on this, these two stories are included in Konno's yaoi collection Sunday's Child, available digitally in English here. Since none of the promotional material mentions the inclusion of yuri stories, I'm not sure how anyone was expected to find them.

You are a true detective and champion of the people, Gulf Standard. Thank you kindly, I've added that information to her author page.

Er, as someone who hasn't read "Nowhere to Go" before it was removed, what was it about?

Ehhh... Nowhere To Go and In the Afternoon are gone...and when I was gonna re-read it too... sobs

Is Konno Kita still active? No more stories from her? ;;__;;