I'm so glad I waited for 2 years before watching this show. Damn. The story itself is good, Korra herself is such an inspiration, and yes, Korrasami's relationship growth throughout season 3 and 4 is subtle yet sublime!

And oh, goddamn fans took it up a notch

Just blitzed through it. Pretty good. I didn't really notice both of them interact a whole lot so aside from Korra blushing when Asami complimented her once, it was kinda out of thin air to me. But overall pretty awesome.

There is a tumblr post out there somewhere where the author basically went all the way to Dynasty-detail levels of analysis before the show ended proving that Korra and Asami had a budding relationship. I'll try and find it and link it here.

One pretty cool thing I have noticed is that a majority of people are very supportive of this outcome including a large majority of the press.

Now I'm curious about how they would deal with their realtionship if there were post finale comics like in ATLA.

Now I'm curious about how they would deal with their realtionship if there were post finale comics like in ATLA.

There had better be lol. I just finished reading the The Airbender comic volumes and would love to see something of the same for Korra. 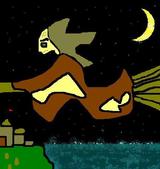 They def. had a good back and forth, but to me the only overtly romantic moment before the end was when Asami complimented Korra's hair and she blushed. I dunno when the writers decided to make them an item, but I would've included more flirtiness between them to make up for the lack of makin' out on screen.

Then you have to meditate more or just let Tumblr folks guide you
http://lokgifsandmusings.tumblr.com/post/106015641518/analyses-round-up-post

Personally, rewatching it with Korrasami endgame in mind, it's easier to see the subtle hints of organic love growth otherwise called natural progression, in contrast to the shove in our throats Makorra het romance if you could call it that.

Meaning, I'm still shackled by society's het norms, urgh, coz I totally didn't let myself believe that it's really yuri.
I've been reading those analyses, browsing gifs, and it feels great since it helps me enjoy more, celebrate and embrace this historical canonization event

Your avatar is exactly how I feel after seeing this and the other kissing one. MOAR!!!!

So, I'm kinda late, but I just got to the end of the 7th season (I watched them all during the holiday season), and afterwards I immediately started searching... to find it's confirmed!

First, I just want to say that I believe I took off any yuri goggles quite a while ago, and definitely didn't have any lesbian or in any way gay interest in the show, especially after how heteronormative it was proven to be after the time skip (following the 1st 3 seasons). As is to be expected from something made for children, I thought a few times already, but kept watching since it was entertaining enough anyway.

I didn't read any articles yet, thus I don't know how clueless I really was, but for me, the idea of Korra and Asami came to mind during the 3rd – 2nd 3rd, titled Change (but it's more fulfilling seeing the 1st 3 "books", too) – season, when they talked in the car about when and which of them had kissed Mako. Because of the complete lack of resentment – despite initial worries on both sides – I started wondering whether they were supposed to aware of that they had just been actually discussing their indirect kisses. Action always cut in, of course, but from then on they spent noticeably much time together, and it felt like the mood kept shifting. From then on I had to remind myself of that nothing should be expected between them in a kids show, and thought that maybe they only wanted to develop Asami's character by putting her next to the protagonist, which I didn't mind either, since she's already been quite great and strong, especially for a non-bender.

The next season was full of ups and downs, at least for me, when it came to what's going on between them. Despite the ending of the 3rd season, Korra left alone, but she had solid reasons for it. Still, the letter. The fact that Asami didn't look for any boyfriend during those years, but then the argument after their reunion. When even Mako asked what was going on between them in the restaurant, that sounded like serious subtext, and that kind of fan-service was the last thing I would've expected from the show. (So if it was just that, I'd consider it annoying now.) Somehow who hugs whom seemed to get differently balanced as well. Anyway, a lot was going on, so they spent little time together and even less just the two of them, as someone always showed up (I remember it being Tenzin most of the time), the Remembrances episode not being an exception. Getting closer to the end, despite the lack of goggles, I couldn't help thinking about how (more of) the development of their relationship could've been woven into all those events with very little extensions.* While watching the last episode, I was just hoping no one – obviously Mako being the primary candidate – gets pushed onto either of them, and even if not more than that, but they may remain wonderful friends who spend time together, instead of with their romantic interests. I thought it wouldn't be out of the ordinary by then – considering how well they clearly got along – if they'd dance together. Then that didn't happen, instead something better did, as finally no one showed up, and after their personal talk, their departure didn't give the impression of mere friends at all. In fact it practically begged to continue with a kiss. Then I started to search for any thoughts about it, and after finding that, I started writing this post, because I couldn't contain my happiness.

* Asami could've told her father she's dating the Avatar by when he was let out, and that could've been a funny conversation without Korra not (yet) present, the question being whether it's an infant boy or "that" woman.

I'd like to point out to folks who missed it originally but, The Legend of Korra is available from Book1 episode 1 to the finale in Book 4 episode 13. This is all on Nickelodeon's website.
Enjoy!
http://www.nick.com/legend-of-korra/episodes/

Official artwork of Korra and Asami has been released. Figured some here would like to see it.