this is just ch1

I have ascended to heaven

Satou did nothing wrong. Satou x Shio for life. 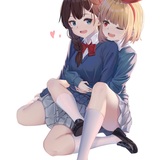 Glad to see stuff from this anime

YotoHime
What Was I Just Thinking? discussion 13 Oct 06:32
Quote

what do you have against smoking ?

I find it disgusting and it takes away from a character's value. This is just my opinion of course.

Wow. I mean, I’m not a fan of smoking either, but this seems a bit extreme to me, especially in regards to fictional characters. Not sure exactly how it “takes away from a character’s value” to have a bad habit/vice like that. There are a lot worse things that (fictional) character could be doing instead to “devalue” themselves.

To be fair though, as you said, that’s just your opinion, and that’s totally fine. I guess I’m just confused cuz I just can’t really see where you’re coming from with all this.

It's quite a personal thing, so I don't expect many to relate. Smoking is plenty common in my immediate and extended family, and I've lost multiple family members to lung-related disease. Almost everyone around me smokes, save myself, my mom, and a couple of my friends. I was lucky enough (lol) to have asthma that's triggered by smoke, which gave me a valid excuse to tell people to stop smoking in the house. I've grown to be disgusted by smoking and smokers, and find it extremely hard to continue reading a series with a smoker mc/prominent side character. I have a similar aversion to alcoholic characters, but to a lesser degree. I can't really explain why I specifically hate this type of "devaluing" over other, more severe types, but it is what it is

YotoHime
What Was I Just Thinking? discussion 13 Oct 04:52
Quote

what do you have against smoking ?

I find it disgusting and it takes away from a character's value. This is just my opinion of course.

YotoHime
What Was I Just Thinking? discussion 13 Oct 02:54
Quote 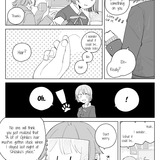 ShizuKasu is always a delight to see 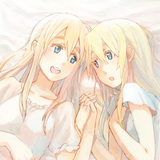 I like Mugi x Azusa, with Nodoka being paired with Yui 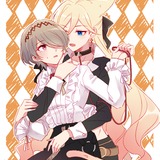 Happy to see this here

Nothing disgusts me more than cheaters. Easiest way to throw away any dignity you had as a human. 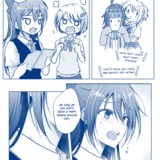 I'm sure Ai will take the initiative to teach Rina

I told you, I'm not a lesbian

Y’all need to upgrade your Yuri Goggles™ if you can’t see any yuri in this.

Would’ve liked this a thousand times more if the age gap was more like 5-8 years rather than the 10+ I assume it is, but this is still nice.

Some people here make me wonder: have they never heard of open relationships? Sexual freedom?

I swear, there are yuri fans who are more intractable on monogamy that Protestant fundies.

Freedom of speech much ? Freedom of opinion much ? Maybe they heard of it but doesn't like it. You know peoples aren't forced to like everything. Some peoples like Yuri without open relation. No need to be mad atthem.

Really surprised by the amount of people that think one has to accept promiscuity and open relationships in this thread. Feel free to do whatever you want, I couldn't care less, but others can have their own opinions on the subject.

Call me a prude, but I find both degenerate and uncivilized. That doesn't mean I'm x-phobic and it doesn't mean that I'll go up and harass anyone for their relationships or life views.

And unfortunately another manga with the promiscuous bisexual trope. This one was short so I actually read through it, but I often find myself going to the comments first when a post is tagged with "bisexual" to avoid this exact type of doujin.

Nothing can take the place that YohaRiri has in my heart.