Tomoko keeps a Snickers on her at all times to fend off her many ravenous stalkers.

We might have switched from Heisei to Reiwa, but the tradition of ending a romance series right when it actually gets good continues.

There really shouldn't be anything surprising about a culture that highly values cuteness to cause men to want to be cute as well.

Where the hell did I say that nature was somehow superior? Stop saying that I wrote that commitment is "not natural".

Committed relationships are a cultural thing, not a natural one.

For all your supposedly open mind, you people are so... conservative.

Committed relationships are a cultural thing, not a natural one.

It's not about the artistic depiction like fluids or ahegaos, it's about the character motivation. One of the characters is doing underage compensated dating prostitution and doesn't expect a woman, then goes and forces herself on her friend and tries to tell herself that it's not cheating while clearly looking remorseful and conflicted instead of happy and untroubled; said friend then gets BLACKMAILED into having sex with someone else. There's tons of cheesy "you say you hate it, but your body is being honest"/"she did that to me, but why do I feel so good...?" type of lines, because "it can't be rape if they enjoyed it!" logic, aka porn logic 101.

Committed relationships are a cultural thing, but you know what else is cultural? Consensual relationships, instead of in nature where one sex just forces themselves onto the other (or attracts them with... beautiful colors, objects, dances, etc. but never a winning personality) and then leaves the pregnant mate to give birth by themselves. Not everything in nature is superior to what we've artificially created.

Kpop stanning is an automatic disqualification.

It's nice to finally see this on here.

Apparently you're the only person on this site to use Mangadex. No clue what stone age the rest are living in.

I used to think that Yukiko's "There's nobody who wants to cry" was unusual for her, but now it all makes sense. 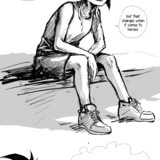 Why does that link redirect to a 2010 tweet by a business fair?

The fact that the first two characters shown having a connection weren't the actual couple makes this one of the best written yuri stories of all time, hilariously enough.

Put your hands together, if you want to clap
As we take you through this monkey rap!
HUH!

He's the leader of the bunch, you know him well
He's finally back to kick some tail!

His coconut gun can fire in spurts
If he shoots ya, it's gonna hurt!
He's bigger! Faster! And stronger, too!
He's the first member of the DK crew!
Huh!

I don't plan on following this series, but I am morbidly curious about that Stop That example of the Love Triangle Classifications. Someone got an actual name I can follow?

I like how "Is My Hobby Weird" is specifically referenced in this.

This? Where was this referenced specifically here? Also what's the "Stop That" example of Love Triangle Classifications? Am I missing something here or are you posting in the wrong thread or what? 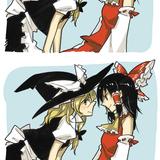 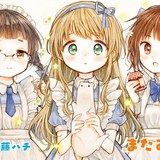 Itou Hachi making art for this series is both extremely surprising and totally predictable at the same time.

Is it just a universal constant that every Japanese artist has made Touhou smut in their past that looks nothing like their current artstyle or direction?

Did Match walk through gamma radiation or something? She's seemingly incapable of drawing a single page without trying to make it the most intense page she's ever made with so much... just wasted energy. It's like a telenova written by a second-rate shonen author on speed.

Why were their mouths never opened when they were talking?

I just noticed this chapter that the shadow on their necks makes it look like their heads are floating.

Why would you curse us with this forbidden knowledge? 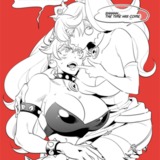 Can't believe this is what Saida Nika drew for her once-a-year yuri...

This is something I’ve been wanting for sooooooooo long!!!

On one hand I feel you, but you literally could not have waited for more than a few days because this entire concept has only existed for like a week.

Aren't we all just space-filler jellyfish, blowing in the wind? 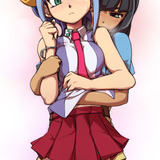 Just like in the anime, no one can tell them apart.