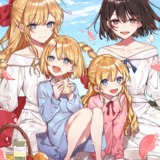 In terms of spoilers, this is the cover for the third light novel volume. So, it's pretty hard to avoid. I thought it was really cute that Noelle studies how to be romantic with Lumine. 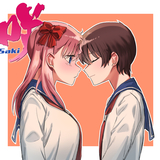 I have not kept up with this franchise at all. Seemed like a lot of yuri fanservice that was never going to deliver. 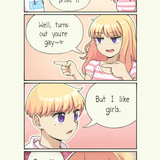 ^^ What is this Raik person even talking about? It seems so disconnected; like they're responding to a conversation that hasn't actually happened.

ckretaznmayden
Who Decided That Blues Had To Be Cool!? discussion 28 Apr 02:48
Quote

Now this is a tokusatsu series I can get behind. I just love that Bourbon's trainer is voiced by Kiryu. So good. Also, Rice is so cute.

ckretaznmayden
Exiled From My Old Party For Being A Woman, Me And A Legendary Witch Formed The Ultimate Tag Team discussion 20 Apr 04:27
Quote

but this was also written by a man that just wanted to make a fun yuri story about fighting the system.

In any case, I remembered reading the light novel a few months ago. Basically the story was written in reaction to the whole scandal where Tokyo Medical University rejected women applicants because they didn't want women doctors. Kaeruda also mentioned something about the high heels protest that was going on at the time.

I kind of wanted to write a review or an analysis of the novels, but I never really had quite enough to write about. Suffice to say, the criticism of the sexism that exists in the society is placed on "a few bad apples, but overall the system is fine", which was kind of frustrating… It's really similar to Persona 5 in that respect.

For any ship-doubters, I invite you to rewatch s1e10

I mean, the entire first season paired them up together. Second season is when they started just focusing on fanservice like Rocky beating Apollo Creed.

So, we'll get the other half for Nozomi's birthday. That's fun.

Takatou is such a bro for switching with the bloodied pants.

See ya. Don't come back.

We love to see it.

Pretty surprised to see that genre come up manga at all. For people who don't know what omegaverse is, here's a good summation and also a screwed up court case: https://youtu.be/zhWWcWtAUoY

ckretaznmayden
If You Could See Love discussion 11 Mar 13:08
Quote Is this … the baby lesbian who wants to fight everyone? 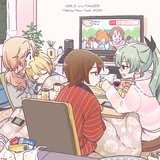 The meme is called "immersed in special feeling" or something like that.

ckretaznmayden
My Best Friend's Engagement was Annulled. I Need To Do My Best To Stop It! ...But I Was The Reason Behind It... discussion 14 Dec 17:10
Quote

…Is this a common scenario in otome games? I've never played these games, but a lot of these isekai villainess stories have the same exact scenario playing out. 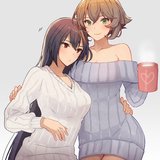 Ah yes, one of my weaknesses: Sweater dresses. Don't really know about this series, but I was surprised to not see a generic male protagonist in the previews. 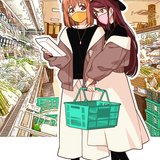 @Amersion_ Yu kissed Ayumu, whose lipgloss rubbed off on Yu. For those outside of the know, the original form of Scathach recently got a bunnysuit costume. So Medb is trying to ride OG Scathach with her icecold demeanor instead of Scadi.

Ooh, I'm pretty interested in a queer relationship sequel focused on the bandmate and sibling. 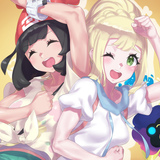 This is the moment in the video that people are referring to: https://youtu.be/BoZ0Zwab6Oc?t=67