Dardes
Like the Two of Us Always Do discussion 18 Feb 21:21
Quote

I was mostly lost over which girl is which and left curious whether the dildo's real or not. The amount of fluids was over the top.
Buut.. It wasn't that bad imo. Mainly it didn't have element that I dislike: big breasts, so I'm satisfied :]
Meh :D

@commentator : It is said that in the beginning she's a wind instrument player and that she's skilled in it
http://dynasty-scans.com/chapters/koigokoro_metronome#17

I gotta say, i love this manga :3
Keep up the good work translators, scanslators and everyone <3
Thank you very much for your work bows.

The woman's attitude is just plainly terrible.. I'm gonna call her Ms. Grey, she doesn't even say "please" when ordering that coffee and lacks the elegancy Mr. Grey has, she doesn't deserve anything imo.

Geez louise people it's not that difficuy to grasp!!

The money was representative of her nasty past, of her time spent selling her body for money, a time which she is ashamed of and doesn't want to be reminded of anymore. So to cleanse herself of her guilt of it, she throws all her dirty money away, allowing her to start a fresh life with her new love and move on from it. If she relied on that money anymore, whether for food or for gifts or for dates or ANYTHING, then she would still feel the guilt.

If the money was from killing people or mafia and other similar "dirty" jobs like that, then I wouldn't mind her, throwing the money. But since her body got "soiled" by havin' so many sex partners, then I agree with other people, saying that since she worked hard for the money then she should've just keep them. For dire situations or anything.

But ya, manga's like that, it won't change no matter what we do. Everyone has their opinion and basically there's no meaning in it xD Wanted to share, thanks, bye xD

AshuraX can't quote you sadly.. but to asnwer your question, yeah, Sachan is Sakurako and Himako is Himawari. You can google Omuro Nadeshiko, Sakurako's older sister for the nickname

Koneko, your picture and simple text was the best combination ever :D Made my day :'D 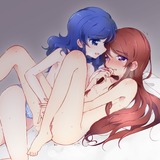 There are some moments, not many of 'em but all the doujins are quite enough i must say xD Personally i'm glad i watched it for the sake of Aoi, Ichigo and Ran :3 The first season's the best

I would really recommend watching the nime if you can bear long annoying transformation scenes and naive talks
Has good music and it really, really makes the shipping better <3

This one should be Masturbiting since she does it to herself. 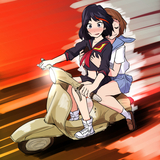 I'm reading yuri manga for soo long and watching anime as well, i figured out that mangaka somehow make more manga about the pair that seems less shipped in the anime. For example: If they kiss in anime then there's no need for doujinshi.
I could be wrong doe, might be scanslators not looking for these ships, dunno

I'm just glad it ended that way .__. The MC was soo terrible.
I like to imagine that Anna later gave birth and the child had Izuru's soul (forgot how she was named before, if it was ever mentioned) and was happy :3

I ship them so much, so effing much ><

I ship the MC and Myuu-chan :3

I don't get why Raichi had to crossdress, i mean.. it's Ichigo's brother, BROTHER! D:

Am I the only one who is unable to read it because of the art? 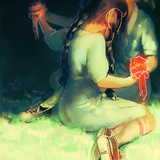 Azusa was really really pretty in the ending of that K-on movie ^^ (Just finished it a while ago, marathoned K-on) 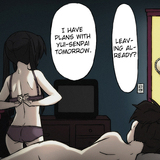 Doesn't really say that Azu is dating Yui in this one doe ._. Maybe we should remove the Yui x Azu tag?

What was that scar-ish thing in last page on Skinki's cheek? Is it scar?-? Stitches maybe?
Edit: Does that mean Shinki's a doll?

I dunno about you, but Kanna on the credit page looks like she has big balls and is sitting on her own balls. That kinda creeps me out tbh... ._.

Nanami's faces in 3rd chapter were slightly scary, but thanks to that i can totally see Nanami as seme. Since Nanami is smaller and younger than Touko, i really like the image.

Why the heck are the robots in manga named like cities in Czech Republic? ._. ... Praha, Liberec

Might be a tribute of sorts to R.U.R., the Czech story that originally coined the word robot.

True. I'm actually from Czech rebublic and i've read the play, but i would never guess that they would actually put the names and everything like this. Thanks for the idea, i didn't think of that :)