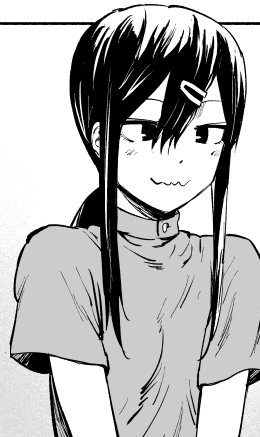 polyamory time with those three plz

SillieHonka
One of Those Manga Where a Girl Goes "Oh No, I'm Gonna Be Late☆" With Bread in Her Mouth discussion 19 Sep 14:11
Quote

Who Knew Destroying Despotic Monarchs With My Mecha-Pilot Girlfriend Could Be So Embarrassing!?!?

And I intend to stay very far away from labels and communities of people who think they are special snowflakes.

terrorism is a matter of perspective. long live the gay

SillieHonka
One of Those Manga Where a Girl Goes "Oh No, I'm Gonna Be Late☆" With Bread in Her Mouth discussion 17 Sep 03:52
Quote

Still being baity for the time being, thats the status quo unfortunately, since the chapter titles for this volume inspire much less confidence than the titles for the last volume.

Is this just the japanese adaptation of the netflix show?
Netflix: poorly adapts anime/manga
Anime/Manga: No u (but better?)

the concept of both is still kind of sketchy

SillieHonka
Sorry but I'm Not Into Yuri discussion 11 Sep 15:22
Quote

Sorry, But I'm Not Into Non-Con

All cops are bastard vampires.

The recent chapters are still he/him or else just say Mogu-chan.

Is this manga an accurate representation of non-binary people?

No, Mogu is never referred to with gender neutral pronouns or makes any claim that he/they prefers the "he" that is used throughout, though considering how they feel about masculinity would pretty likely use something neutral and speak up on the matter as everyone using "him" around them (mogul's boyfriend included) obviates it a lot.

God everything about this sucks. Constant misgendering, the predatory stereotype with the lesbian side couple, the posturing as progressive, and then the family drama torture porn in the latest chapters that is hard to take seriously when mogu has been misgendered the whole time by their partner. It maybe was gonna do something clever with Mai being like "all this girlyboy stuff hasn't helped me has it?" and had her grasp how it complicated her deal, but that thread ran cold. Pissed at this one not willing to stick its neck out for it's own main character and instead beat them down.

Bioessentialism is some terf shit

SillieHonka
A Girl Like A Pilgrim discussion 31 Aug 23:15
Quote

What the hell kind of zankyou no terror bullshit is about to happen?

SillieHonka
The Two of Them Are Pretty Much Like This discussion 30 Aug 21:35
Quote

Someone, please, anyone, photoshop the Jojo to be continued on the bottom there.

It could even work for the end of this chapter too.

SillieHonka
A Manga About a Hero who Pulled Out the Holy Sword and Became a Girl discussion 27 Aug 08:30
Quote

Nikaidou likes having it both ways based on other chapters, Tadokoro, too.

SillieHonka
I'm the Only One Not Crossdressing!? discussion 22 Aug 01:05
Quote

I've never denied that this isn't relatable to GNC gay men, but that can be true at the same time as it being transphobic.

SillieHonka
I'm the Only One Not Crossdressing!? discussion 22 Aug 00:49
Quote

You dismiss my experience (I am nonbinary), I dismiss yours, right? Re zero is one example in a long list of media where that is the case, and I stated as such. Nothing in the manga says "I am GNC gay guy/teenager", I can only extrapolate from years of this type of content that made me feel shitty/I used to beat myself up with in the ol gender closet where the manga (h-manga or not) asserts that no matter what you do to look like your gender, if you've got a dick or there's the authorial injection of "I'm a boy though" the media communicates that gender is an impossible barrier to cross.These characters are still bound by masculinity. Do you not see how that hurts for someone who still gets treated as a guy when they aren't that. Good for fuckin you if your experiences aren't shit on by the subculture, I wish mine weren't, I wish things were better represented, but in not gonna naively pretend that this author is actually woke for some highly implausible reason and wants to portray the nuance of gender identity vs gender expression. The language and portrayal just doesn't match that at all, and if anything is absurd here, it's that ideation. It's not comedy surrounding gnc people, its comedy BECAUSE there are GNC people, it's literally the premise.

SillieHonka
I'm the Only One Not Crossdressing!? discussion 21 Aug 21:56
Quote

Ok cool keep letting transphobic shit stew and proliferate in its classic, insidious way. Just uncritically consume media without realizing or acknowledging that it is harmful to other people. Live in fantasyland where nothing is of consequence, sure.

SillieHonka
I'm the Only One Not Crossdressing!? discussion 21 Aug 16:23
Quote

It has only fallen out of favor with a small portion of the western fanbase, see how r/animemes mods were doxxed and swatted over the ban of the word. Hell, it was controversial when it was banned here. Otokonoko is just as porn-y and fetishistic as sh*male as tons of otokonoko stuff gets labeled as yaoi regardless of what that character identifies as.

SillieHonka
I'm the Only One Not Crossdressing!? discussion 21 Aug 15:49
Quote

Tr*p and otokonoko which essentially is sh*male. Dont be dense.

SillieHonka
I'm the Only One Not Crossdressing!? discussion 21 Aug 14:24
Quote

We're using femboy particularly because the actual words used by fans/creators of this media both in english and Japanese are slurs. Like it should be painfully obvious.

SillieHonka
I'm the Only One Not Crossdressing!? discussion 21 Aug 14:20
Quote

Tomboy gets used IRL in the west to be invalidating, but it's not at all the case in manga, where it's a popular archetype of romance/harem anime.

If you cant understand how often an author injects their beliefs about people into their works especially when it's been proven about the topic at hand with Re:zero, which makes some of the same jokes, then I dont think you have a leg to stand on here. It isnt a leap at all, the whole history of crossdressing jp media has been super transphobic and this series so far has learned into that.