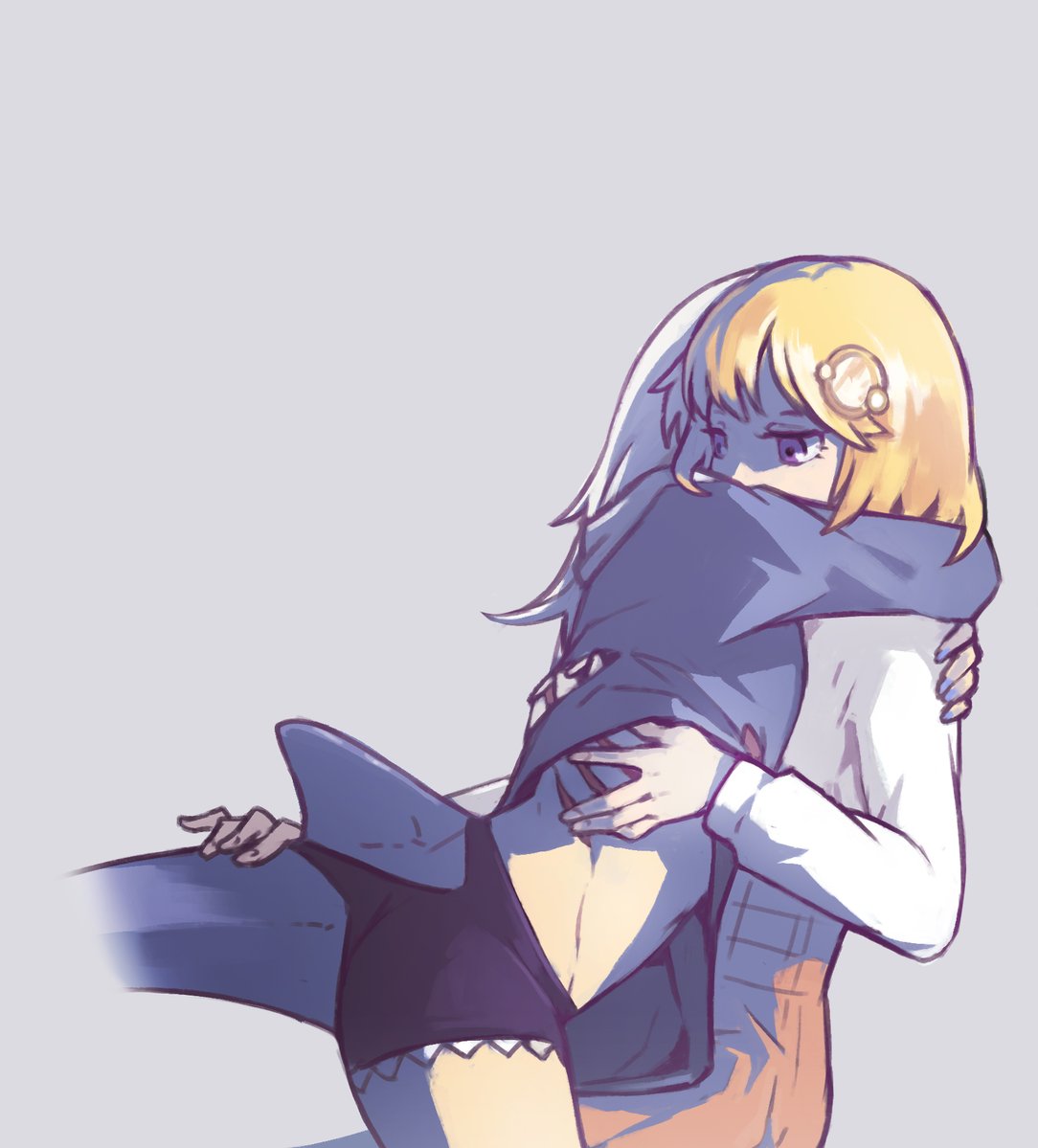 Ooh, neat. I'd love to see a full body drawing of this take on Gura's design.

Idk, doesn't look like she's touching them in any unpleasant way.

This looks like it's going to go from a wholesome hug to some kink sex really quickly.

The actual soft gas-exchange tissue might be. Which is why it's protected by gill arches and operculum (gill covers, the flaps on the outside) - reminder that they're openings on the sides of the throat where food passes through too, and for many fish "food" equates whole other fish.
Evolution handled such details long ago.

Just to nerd excessively over the anatomy, though, it doesn't really make much sense for the gills to be located there. When you get down to it land-vertebrate lungs are ultimately derived from the swim bladders of the ancient bony fish that started experimenting with this "dry-land" business all those millions of years ago, and several extant fish species today use theirs primarily as a lung analog too (for example to survive getting trapped in isolated oxygen-poor pools after rainy seasons).

ahhhh gura gills is on her ribs? I would expect her gills to be behind her ears

I wonder if Gura actually has gills or not, I always assumed she didn't

^^that's some Waterworld nonsense yo. Fo' reals, the only even remotely logical and plausible place for the things is the sides of the neck for the same reasons real vertebrates have them there too. (Putting aside the fact that there's no way to meet the oxygen requirements of anything like human physique and metabolism with the surface area available there...)

I wonder if Gura actually has gills or not, I always assumed she didn't

She's said a couple times on stream that she does

And I figure a humanoid's gills would be pretty sensitive like other orifices on the human body, so some light stroking might be pleasurable.

^I suppose the nose would make a good point of comparison - the protective outer covering is no more sensitive than any skin, while the inside is all mucous membranes and whatnot and quite sensitive indeed. ('Course the very function of gills involves constant passage of water plus whatever particulate matters now may happen be floating in it through them so high tactile sensitivity there would be pretty counterproductive and distracting...) Sticking your finger in there is not generally considered a terribly erotic experience tho, and in the configuration depicted here they'd be opening directly into her lungs which sounds all kinds of y a b a i to me...

People talking about the gills being painful during sex or not. I'm surprised nobody is bringing up the show "The Boys". I'll provide a spoiler warning for the first season, and a Trigger warning for sexual assault. There's a character in said series, he has really disgusting side gills (nothing like these), and there's a scene where a woman rapes him while painfully digging her fingers into said gills/inside of them. It's an extremely painful experience for him. It's one of the most disturbing and disgusting scenes I've seen in media. Though that entire series is disgusting and disturbed.

However maybe there's a situation between Ame and Gura where it could be tender, if done right. Guess it ultimately depends on the writer.

I just like how Ame is petting the base of Gura's tail.

^that raises the question, does she have the characteristic dermal denticles (and duly sandpaper skin texture), and if so how widely? (Curio detail - historically the roughness and toughness made shark- and rayskin popular covering materials for sword hilts and other weapon grips.)