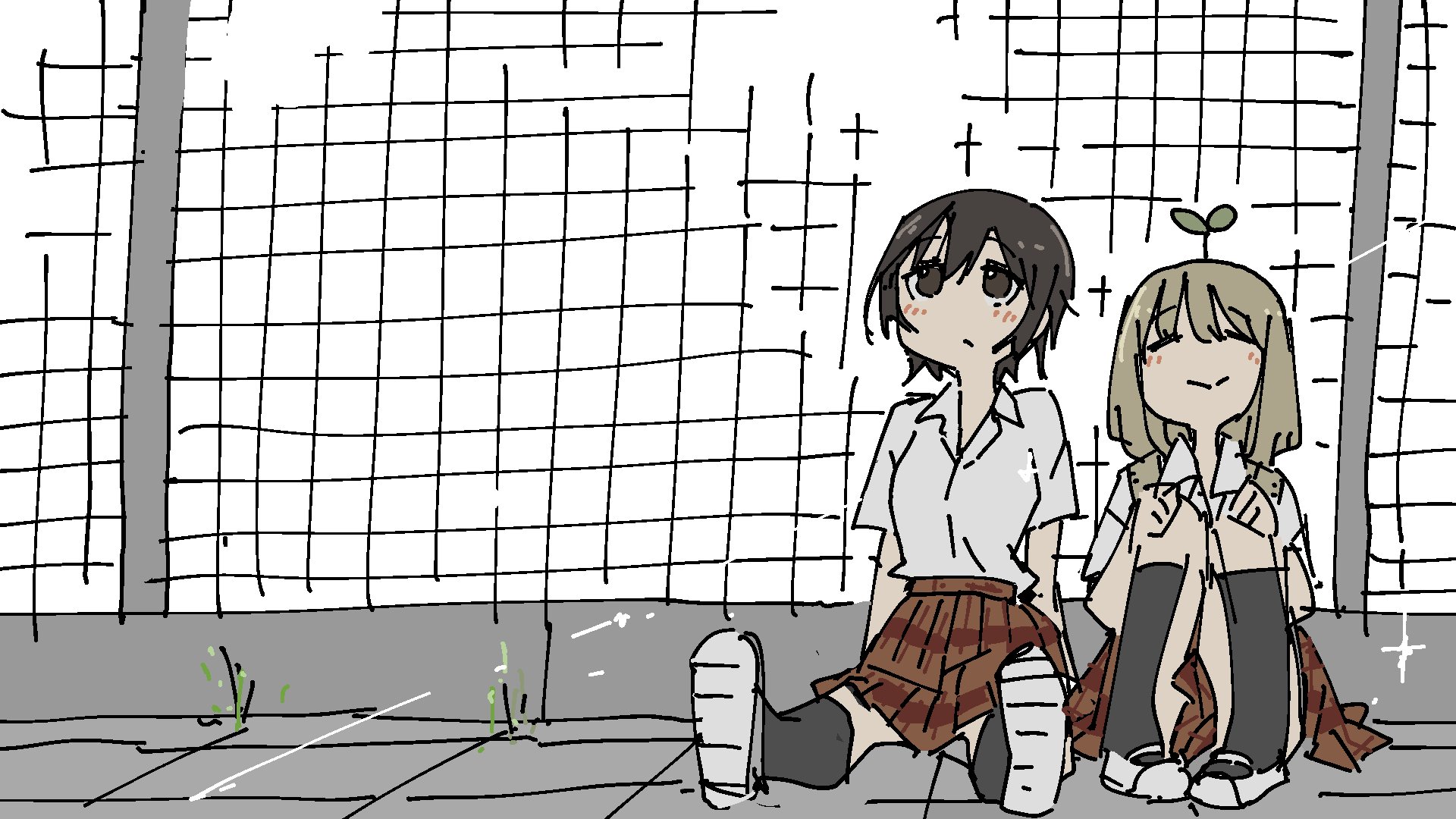 this is ridiculously cute, awwwwwwww

@Vankomycin: I don't think anything is "up". Maybe she's lost in thought but she looks content. Also it's probably because of Tsukumizu's art style, his/her art is often melancholy. Their Touhou one-shot "Flan wants to die" is a good example of this. I also love their series 'Girls Last Tour', I've only read the manga up to where the anime finished so far, but it's a bit melancholic while also being about very adorable friendship in a strange post-apocalyptic world. They're on a journey in this lonely bizarre world where they barely encounter anyone else, but they have each other and get to experience a bunch of new things together.

Also I should note, there's two main characters in Girl's Last Tour, one is a often bit gloomy looking while the other is usually cheery and energetic. So I think Tsukumizu might be reflecting some of that dynamic in this art.

I'd categorize that expression on Kase-san as "dazed"

@FluffyCow I loved Girls Last Tour even if it could have done with more actual yuri elements. I'll have to check out the manga! It's nice to see this kind of work from the artist!

@TeruMoko The Girls' Last Tour manga is definitely worth reading, yeah. And the author has drawn yuri doujins of it. It's a wonderful series, sort of like a blend between YKK and BLAME. It'll crush your heart.