Rio
Daughter/Unemployed type, strong against Pair-of-Wives type, weak against pretty much everything else in this world.
Nature
Jolly
Abilities
Supreme Misfortune
She's always, somehow, does everything but things that will benefit herself, making her relatable as fuck. She could also confuse doubters amongst readers that this will become an angst/drama focused work.
Known Moves
NTR Pretend, Ambiguous Dark Past
LET ME IN!!(online), LET ME IN!!(friends)

I can't wait for English translation so I start reading Italian translation, and...
TORADORA BUT GAY!! PEAK TSUNDERE PERFORMANCE!! HELL YESH!! I can already imagine Kugimiya Rie voicing Claire xD
I'll save my full bliss when the English translation come out. I really looking forward to it!

virtt
Our Yuri Started With Me Getting Rejected in a Dream discussion 15 Oct 21:19
Quote

I think this has gone beyond “wingwomen” to “lesbian relationship curators.”

whistle "You hold the hand too hard!"

I don't think people are "siding" with her, exactly. At least, my problem with this scene is that I think Shimamura is acting out-of-character. It's some good hurting otherwise.

I don't think Shima is out of character, honestly. She's the only one that I felt has little to no connection to the reader. She's portrayed as this "oneechan" type of girl, kind of caring but a bit sus. She rarely gives her piece of mind. Or maybe I'm a dumbass because I don't read the LN.

4 PAGE SHIMAMURA BEATDOWN!! WRYY!!
Well... if I had a friend like that, I too would tell em off by saying calm yourself down first and we'll talk later. Shima's response was really unjustified though.

I'm honestly surprised to see so many people side with Adachi having a full blown meltdown over Shimamura hanging out with an other friend. Honestly through the entire story, Adachi possesiveness and the entire one sidedness of their relationship creep me out.

Not siding with Ada. It's about being a decent fucking person by not telling people that are clearly having a mental breakdown "a pain". Not to mention it was Adachi's lowest point. There's a lot of reasons to not care about a mf, but there's no reason to be an asshole.

That "I am inevitable!" pose with marriage ring
chukii~

If there's one thing I have learned from this forum, it's that no matter how clear cut smth is, no matter how unambiguous and small a look, a word or a gesture may be, there's always someone who can write a whole thesis deconstructing it to the tiniest detail xD for better or worse

Isn't that just the whole internet?

Risui's depiction of Meiling are so refreshing! Kinda sad that she has become somewhat gag character in other works. She's the front line of Koumakan, there's no way she's weak, both physically and intellectually. So glad to see her finally drowning in pussies. 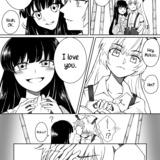 in my own canon, Mokou simply inherited her father's taste on woman

virtt
Our Yuri Started With Me Getting Rejected in a Dream discussion 10 Aug 07:18
Quote

Ritsu awoken her lesbanon chakra at the gayheadpat incident which ultimately leads her to accept her build .

I would go full conspiracy theorist to prove that these bitches, are undeniably, unironically, systematically, gay.

Such a lewd bottom.

I love you so much.

virtt
Our Yuri Started With Me Getting Rejected in a Dream discussion 13 Jul 21:11
Quote

what does first base mean.

I had to look this up but apparently:

First base: Kissing/making out
Second base: Hands below the belt aka Fingering/Handjobs
Third base: Mouth below the belt aka Cunnilingus/Fellatio
Fourth base: Going "all the way", typically referring to penetration. whatever that means in a yuri context, considering both previous bases are already "proper" sex imo

Just a random fact:
In my country sleeping on a table is a no no because the only people that sleeps on the table is a dead one, having their last bath taken care by their family/member of the community. Sleeping on one means that you will invite some misfortune onto yourself or someone that is close to you. Or you know, you simply want to die.

Okay, but this whole thing with the detergent that was supposedly oh so clever and "omigod Satsuki fell for the president's trap again", seemed so stupid? I guess it falls In the same category as all these unrealistic deaths/saves we've seen before, but this was literally on the same level as the kid's traps in Home Alone. I mean, for real now?

Too bad my internal battery has gone fried up. I'm forever dead inside. Girls cuddling is what powers me up, fortunately.

virtt
The Story of a Villainess Seducing the Heroine discussion 26 Jun 00:29
Quote

Thought of this immediately 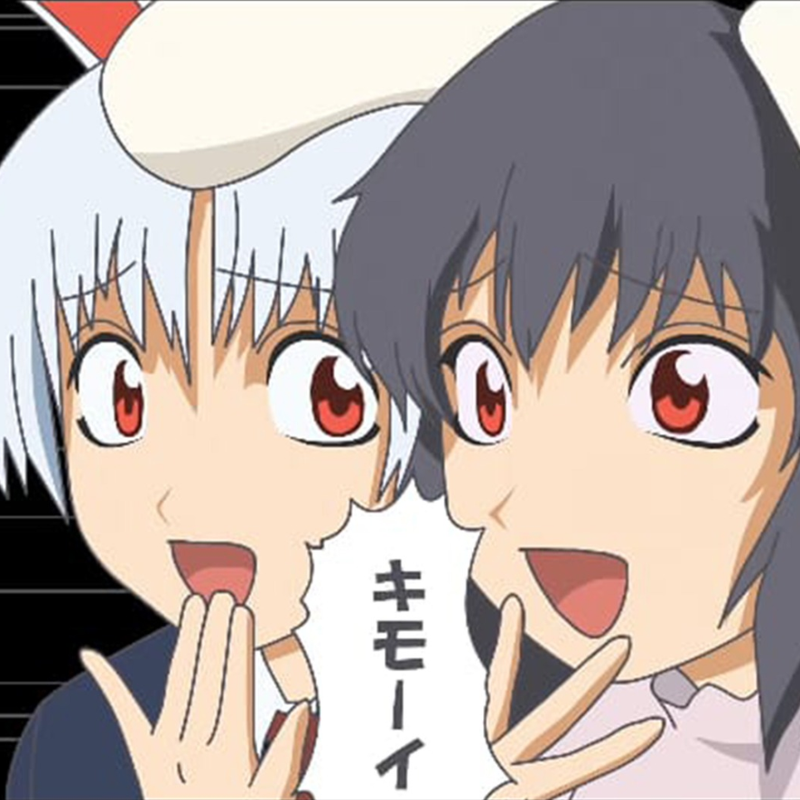 Oh man we're getting closer to that mental breakdown from adachi

Comments with a menacing aura. It's definitely a significant point in the novel. I'm curious how they'll draw the absolute wall of text Adachi spews at Shimamura

Isn't it like seven pages long? Could probably dedicate a whole manga volume to it.

I don't read LNs but 7 PAGES!? What even is that, Cioccolata beatdown?

The background behind the panels switching a lot. I hope its not some cryptic storytelling or a premonition of oncoming tragedy/plot twist...

With that aside, Kurumi getting gayer from each chapters feeds me life force <3 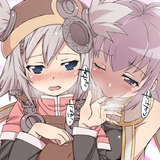 Just got back from replaying Swordcraft. Currently at boat "kiss promise" scene. They're both awkwardly staring at each other... I can't... it's sooo cuuuuutee! I swear to God Pratty is in denial.
Swordcraft Story Remastered Atlus please!!

virtt
Our Yuri Started With Me Getting Rejected in a Dream discussion 25 May 22:26
Quote

virtt
Take Responsibility For My Stomach! discussion 16 May 22:59
Quote

It has to be said.

"With a great stomach, comes a great responsibility"

Really love the combi of these two. Always thought that because Mokou's dad loved Kaguya, the whole situation is a not-so-subtle "like father like son(girl)" exchange. While Kaguya's feeling is unknown, Mokou is canonically despise Kaguya for what she's done to her family (but I like to think that she still love her (≧▽≦)). They fight a shit ton lot but everybody knows that they're head over heels over each other. Just like my parents lol

Watch this 3rd year turning her juniors gay IN SECONDS with this simple trick!!! You wouldn't believe number 9!!!

Is this shallow manga finally dead, for real this time? God I hope so.

Who hurt you my dude? :/ Chill
It's really sad to see toxicity in this community.
Hope u have better days <3

People not liking the same things as you isn't toxic. Chill. Also, not a dude.

Toxic is shitting on something unconstructively just because you don't like it. Your original post was fairly inflammatory and amounts to no more than "I don't like thing and everyone needs to know!" Don't make posts like that.

To be honest, I do get what they meant by shallow. This whole series is about a roundabout ways to find solace from hardships. Fujishiro and Izumi got dumped, Kurokawa and Iroha comforts them while having (a kind of) ulterior motives. They're the same cut from the same cloth, and on FujiKuro side, it's ragged from it being stretched beyond belief. While I'm not undermining inferiority complex and or traumatic events that people have, in this case Kurokawa, it's still feels like a drag from the main focus by introducing a (God forbid spit) guy into the mix. Hell even their name felt shallow. "Kuro"kawa and Fuji"shiro" deeep

But the gae stuff was pretty cute so ISSA MASTAPIECE 10/10 MANGA OF THE YEAR BAY BEE!!!!

Edit: they replied while im pondering what meme should i use at the end of my post goddamnit