Karretch
A Crossdresser Who Thought They Hadn’t Been Found Out discussion 13 Nov 07:24
Quote

I think the main character is trans. she looks 100% a boy when he/she (or they are) is a kid. This also means most likely, they have good family support, letting them live as a boy...

I think you may have a few things confused. Hiroshi, the cute one that the blond is falling for, has been always a boy. The twist is that the narrator, the real MC, is the tall handsome dark haired one and the true crossdresser. In the photo from their childhoods, Kai (Umi) is the one on the right, the long haired, dress wearing girl and Hiroshi is the shaved-bald crying boy.

Unless this is some weird form of sarcasm. okay is this like a documented thing that happens? Because I haven’t seen it mentioned anywhere before other than here (I spent a while looking as well), but it is literally exactly what happened to me at some point. Surely there must be something on the internet about this?

It's not specifically a trans thing, but high levels of stress causes hives and fevers.

I wonder if the mermaid mother subplot is going to be finished or if it was all just an analogy for Segawa's loneliness.

I have questions, though. If humans can turn into beastmen, and "you're born one or the other", does this mean they can mate and have viable offspring? If yes, then why was it an "inter-SPECIES" war if, supposing all prior is true, they aren't different species? Unless, also supposing mating is viable, this is just a situation of magical hijinks in classical fantasy.

Also, why is it that it's always "pure humans" vs literally any and every other animal under the sun grouped as one "tribe" of beast-people?

Does the author assist anyone? The art is familiar but Dynasty has nothing else from them.

(Ch. 52) I"m curious what 'snu snu' is translated from. I know what the EN term is referring to, but how was it written in JP?

Same, I came here to ask that exact question.

Karretch
The Skirt Sings at the Landing discussion 22 Sep 20:29
Quote

Maybe it's just a cultural thing, but if Michiru doesn't want to be thought of as cute, why doesn't she do things to make herself not seem cute? Hair length, for one. Mannerisms can be learned/changed. From what we've been told she doesn't go along with it for any specific reason or maybe I missed it, so why not just out and say as such? I guess she just needs to learn to assert herself more, and this leader role in dancing is just the first step.

I haven't seen in the credit page the chibi mini scene in that foggy field for a couple of chapters and while I do miss those, I think it would make me cry way more if they were present.

I forget if it was in the forum or in a credits page, but the person who drew the chibis left the project so they haven't been and won't be there any more.

A little triggered because she said "the sun and a star" but okay.

LMAO with the bots

To be fair, while yes the Sun is a star, there's a VAST difference in the kind of light we perceive from them. And Utaho doesn't shine so much as sparkle, like a star in the darkness, fitting with her thematics.

Are we supposed to know these two? They just come out of nowhere and state the MC's as their targets as if we should know why?

So, the concept is, if I understand correctly, that the world reruns each day until some unknown thing determines the day came out how they wanted it to, and Ayaka who has perfect memory has broken the system somehow by remembering the days that never existed. Either Michiru is a time travelling witch doing this, perhaps to get some outcome with Ayaka or some unknown goal, or she's privy to more information and somehow also exists outside the system.

Hasn't all this shit been going over like a one day period or something?

Also, wouldn't they have like closed the school if there was a really major storm on approach?

Plus, there have another magic drama where somehow Satsuki didn't get electrocute too after go and made a contact with the child right after she got lightning.

Do you not understand how lightning works? It's not an active current like a power line, there's no residual charge. Ions build up in the ground, then reach towards the sky and release all at once. There's no risk of Satsuki getting shocked.

A number of people here are really expecting this to be some ghost or hallucination, but really with the type of story this seems to be it's probably more that she's just in Haruki's imagination, something she's given herself to help her through the stages of grief. And I can imagine that's going to be what this is about, and it will end with her accepting Sakura's death.

"This here is for you to die again (Haruki coming to terms with Sakura's death and accepting it) and for me to live once again (Haruki moving on with the memory of Sakura in her heart. or something. Wording it is hard)."

I imagine it as though the grief has her in a rut. She's pacing the same circle, over and over. This Sakura, the Sakura that "came back to life" through the journal, is her pulling herself out of that rut, only in the end to understand that Sakura would not have wanted her to simply waste away after her death in a perpetual state of grievance and despair. I can already see the "Thank you, Sakura. I'll be fine from now on" at the end. But that doesn't mean I'm not going to enjoy the ride in the meantime.

It's going to be bittersweet, but I bet it'll be fulfilling.

Want to bring this comment back up since after reading chapter 2 this is exactly how I feel. Haru's doing all this, but imagining that Sakura is here with her, to give herself something to do besides waste away. She's remembering Sakura's warmth, but at the same time running the mental exercises of "how would a dead person feel coming back after time gone" like with the streaming service.

The store trip is an indulgence in pretend, the ghost that can't interact with anything, despite "cooking" for Haru, she doesn't need a toothbrush, because Haru knows she isn't there, looping back to Haru doing this all herself. It's part of the fantasy.

Hrm, born blonde and with pale skin sensitive to light, she might have a form of hypomelanism, close but not quite albinism. Two tone hair to "fit in" but also rebel at the same time.

Hrm, that lip scar might not be so hard to hide.

is it me or the artstyle reminds me of one manga where the story is about a school girl that was isekaid and has to bear demon lords many kids(more the 12 guess) and the twist is they don't use penetration the girl's tummy will just instantly have a baby inside plus they grow up so fucking fast.

Someone on page one already said as much, yes.

I love how Sensei still had the rings by the end.

It's Xmas in July!

Btw, between Satuski and Prez, Id take prez side. But both are extremes, making this argument a bit unreasonable.
Id take his side simply because his moral code has more potential.

I side more with Satsuki, a life is a life. No matter how vile a person is they have a right to live and murdering them in cold blood (either via Jigsaw style traps or execution) makes us just as bad or even potentially worse as we’re inflicting the same thing or worse onto someone as a twisted punishment.
And because I know someone will point this out (not you specifically, but there are always people who try) self-defence is acceptable because you are actively defending yourself from a hostile aggressor(s), whereas what the school president is doing is cold blooded murder in retaliation to a lesser crime.
Basically the Victorian ethos of “men are not hanged for stealing horses, but so that horses may not be stolen”. I:E let’s inflict cruelty on those we don’t understand or wish to so they’ll obey/leave us alone.

Amen. The prez has many loose screws, he is not someone to side with.

Tsuzuki's a good bean. She saw Kashiwai's feelings after asking the question, saw the affection and conflict both together, then realized Kashiwai needed to process things after the hectic day they had instead of being pulled into a situation that could upset her more. Now that the other series has been introduced, we can safely say this isn't Aya and Mitsuki but Akira and Utako.

Karretch
My Female Friend Comes Home to Me Every Now and Again discussion 23 Jun 19:54
Quote

I like the panels highlighting fashion in this manga. The clothing designs are strong and well-suited for each personality, though it may strain credibility that every one of these college students has this much breadth in their wardrobe.

The old spirit was so minimalist that I felt something was off from the start. A spirit inspiring perseverance and mindful presence in nature is interesting, but she's still a liar. Guess that's her form of entertainment.

At this point it would’ve been easier to tell Elsa about the villainess system than break both of your hearts with this lie.

Tell Elsa what? That she hears voices that tell her to hurt others and she does as they say? 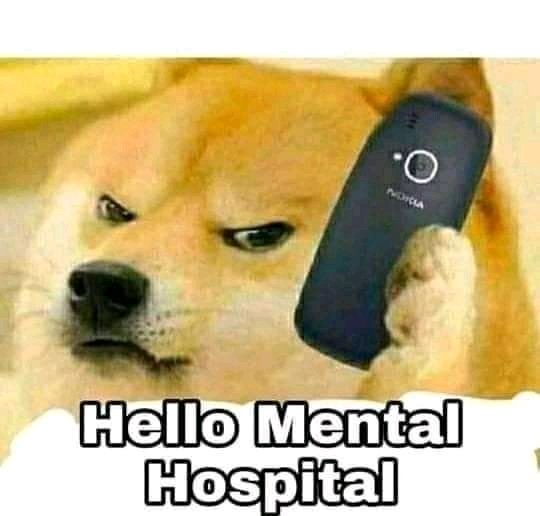 Would there even be mental hospitals at their time which is like set in a medieval setting I presume?

With the carriages, the clothes, and school setting (despite being game), I'd hazard it's late Gregorian/Early Victorian, and sanitoriums were very much a thing. Take your crazies (whether actually crazy or not), and huck them all in one place and forget about them.

Karretch
Our Date That One Night discussion 31 May 20:03
Quote

Due to the resolution, can/has anyone translated the mirrored Latin on page 18?