It's evolved to very normal now.

This isn't your average every day normal

This is... Advanced Normal

Ok, that manga have now officially thought me something new. I have no idea that "onani" came from a Biblical character. I didn't even know that character existed, much less associating it to a Japanese word.

Which is nonsense. Onan's sin was that god directly told him to get his sister in law pregnant, and he was like "nah fam", which god reacted to in his usual extremely reasonable and mature fashion by murdering him dead.

What, no-one's going to say it? Fine, I'll do what must be done: 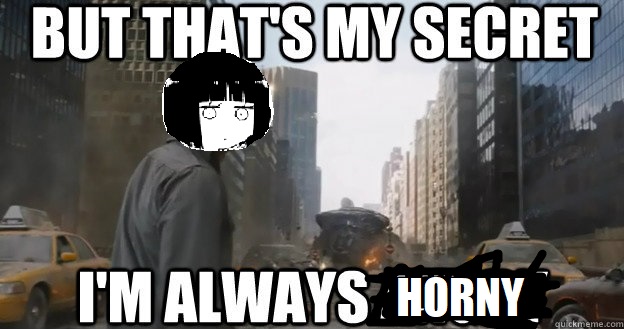 Yeah, this one didn't really land for me. There wasn't enough to show that they were childhood friends or that they were reconnecting after years of separation; you could substitute any number of different backgrounds and have them fit with little issue. Unfortunately, without that extra depth or emotional component, it's just the same two panels repeating, over and over again, in service of a joke that can't land without a twist that they don't have.

The twist is that she's a Pokémon and that's literally all she can say.

The only thing I can see myself shipping Hiiragi with is loneliness.

Thinking the school nurse was Kei's sister though, wut.

Yeah. What do you think this is, a Mochi Au Lait work?

Hey
The Gradual Changes In The Room Of a Lousy Neet Who Fell In Love For The First Time discussion 10 Sep 11:32
Quote

Not everything is about being trans

Not everything is about you.

Man, it's just the worst when you take a big gulp of Sports, and then you cough and it goes up your nose.

Hey
I Tried Getting Back at My Sadist Girlfriend Who Hurt Her Hand and Can't Fight Back. discussion 17 Aug 19:00
Quote

that tomboy girl straight up looks like a guy

"Does the androgyny have to be so...androgynous?"

Are the Boyscouts a culturally relevant thing in Japan? Because the three-finger salute and the "do a good deed every day" bit are both Boyscout things in America.

Hey
I Tried Getting Back at My Sadist Girlfriend Who Hurt Her Hand and Can't Fight Back. discussion 17 Aug 13:39
Quote

I wonder what this one's about...

Also, y'all are missing that Ookuma, whether bi, lesbian or single-target, is clearly a furry:

How can you send a picture? Teach me please

In an amecomi, Kisaki would don spandex and use her powers to fight crime.

In a manga, she works at a shop using her extra limbs to better multitask, and then meets a cute coworker and finds yuri love.

This is why I adore manga.

So we're pretending shonen manga don't exist today, are we?

Looking forward to Lots of Tree-Hugging

Also, y'all are missing that Ookuma, whether bi, lesbian or single-target, is clearly a furry:

Why did Muppo touch his eyes after working with peppers

The same reason I did: we're both big dumbs.

They sure figured out pretty fast how lesbian sex works

Well, dumb teens have managed to figure out sex since the dawn of time. Sex is one of those "easy to learn, difficult to master" type of things.

One can do both. 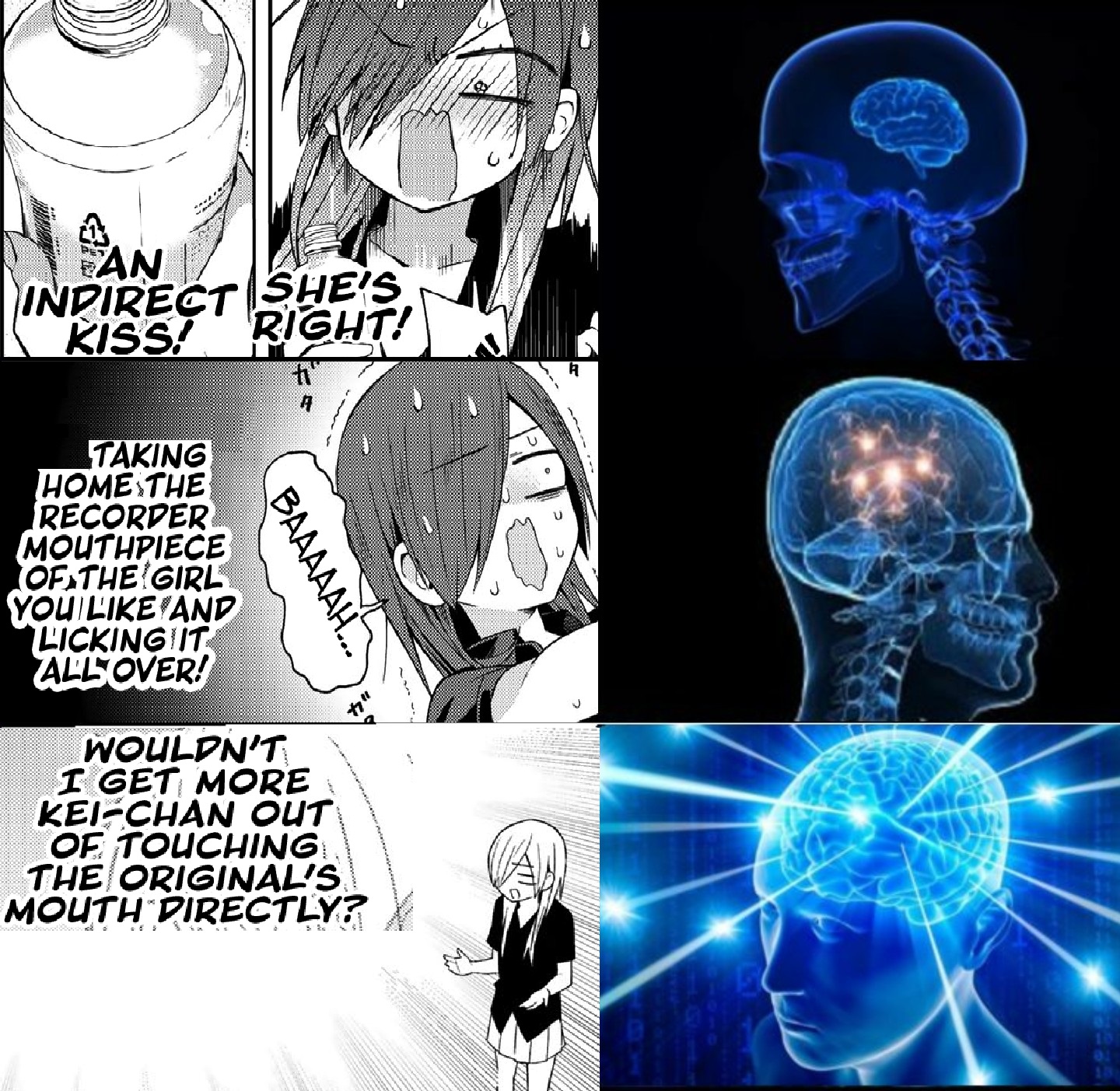 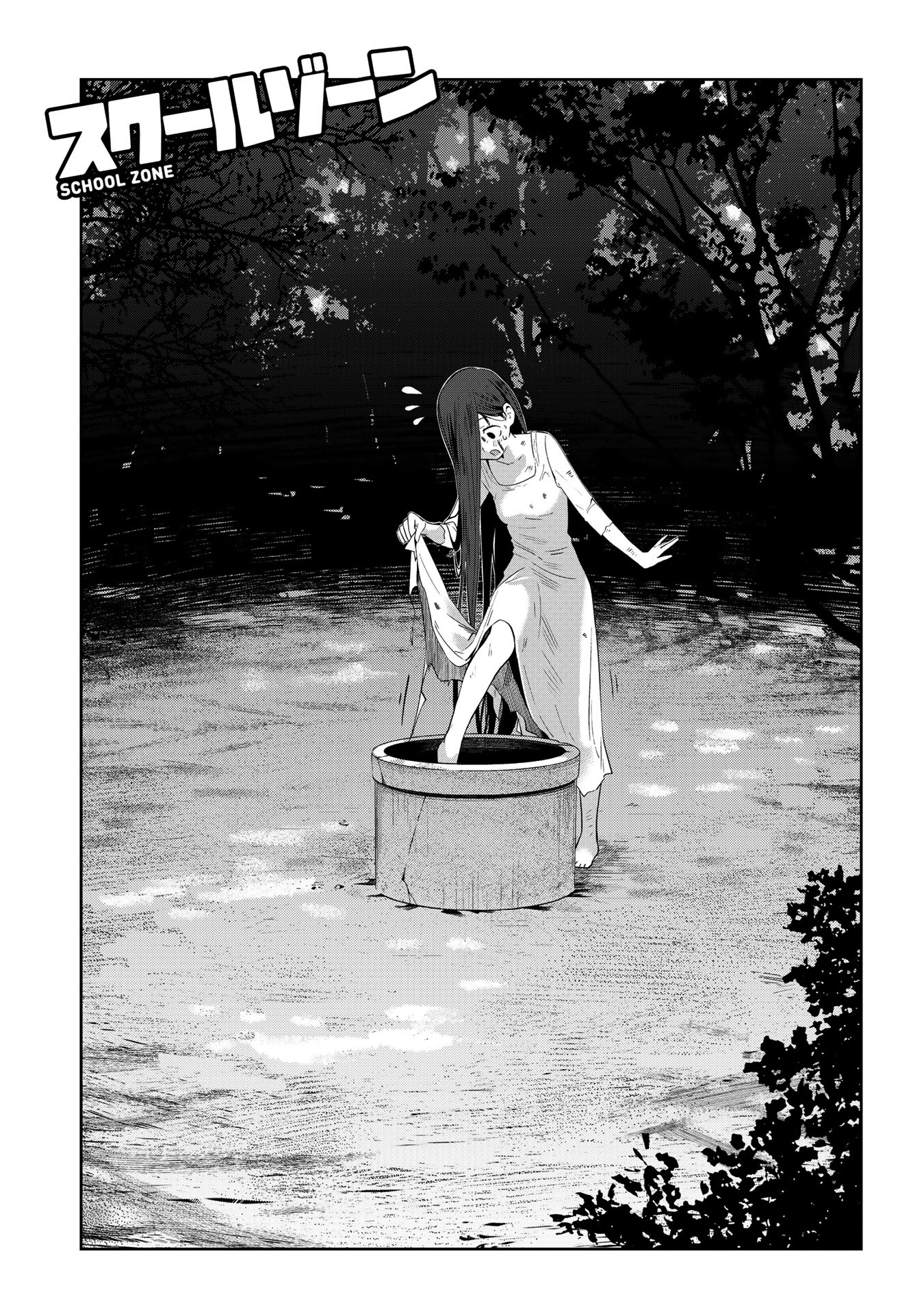 It's over now, you can open your eyes.

How would a girl crossdress anyway? There isn't really a lot of "masculine-gender-locked" clothing anymore. A suit or tuxedo (with a suit jacket, not a blazer) comes to mind, maybe a shirt, everything else, meanung most everyday clothing men wear, is unisex. Unlike skirts and dresses, which are (with very few exceptions) locked to the feminine. Blouses are basically just shirts adapted to female anatomy, so I'm not even sure if we should distinguish them from shirts, and tight-fitting t-shirts (similar to girly-shirts) have found their place in masculine fashion as well.

At this point it probably comes down almost entirely to intent. It would have to be something like a girl adopting a style of dress for the express purpose of passing as male, while still identifying as female. Or being a drag king I guess.

Of course, this is relative to culture. If you're in, say, Saudi Arabia, there's still clothing that is 100% masculine coded.