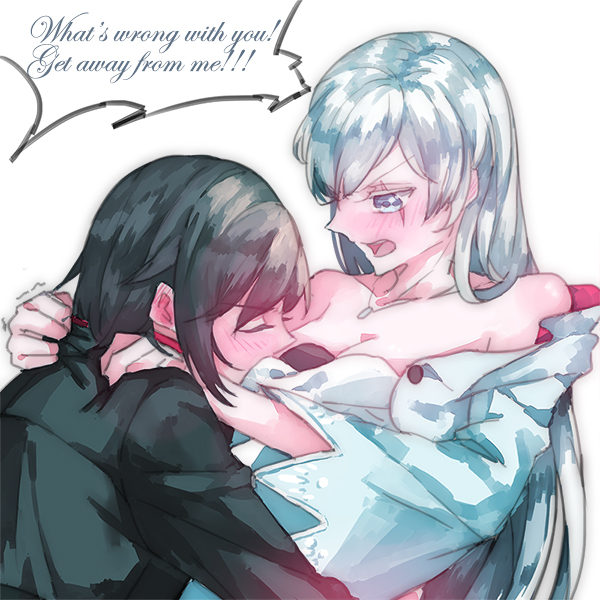 Oi, that's a bit harsh. Although seeing as they're already at that stage, it begs the question of how Ruby got that far if Weiss was so against it.

She's playing hard to get ;)

Look, her right hand is shaking !
IT'S TSUNDERE LEVEL 9999

Ah, looks like Ruby's getting frustrated
I can't blame her XD

Weiss: I have no idea what's going on
Yang: explain the games rule
Ruby: face on table cries basically Weiss win in three moves
Weiss: Muahahahahahaha
Yang: TRAP ACTIVATED Your army is now whipped out
Weiss: cries I hate this game of emotion we play
Ruby: hug Weiss cries be strong Weiss we'll get through this somehow
Weiss: shut up don't touch me hugs back
The picture remind me of this episode lol xD