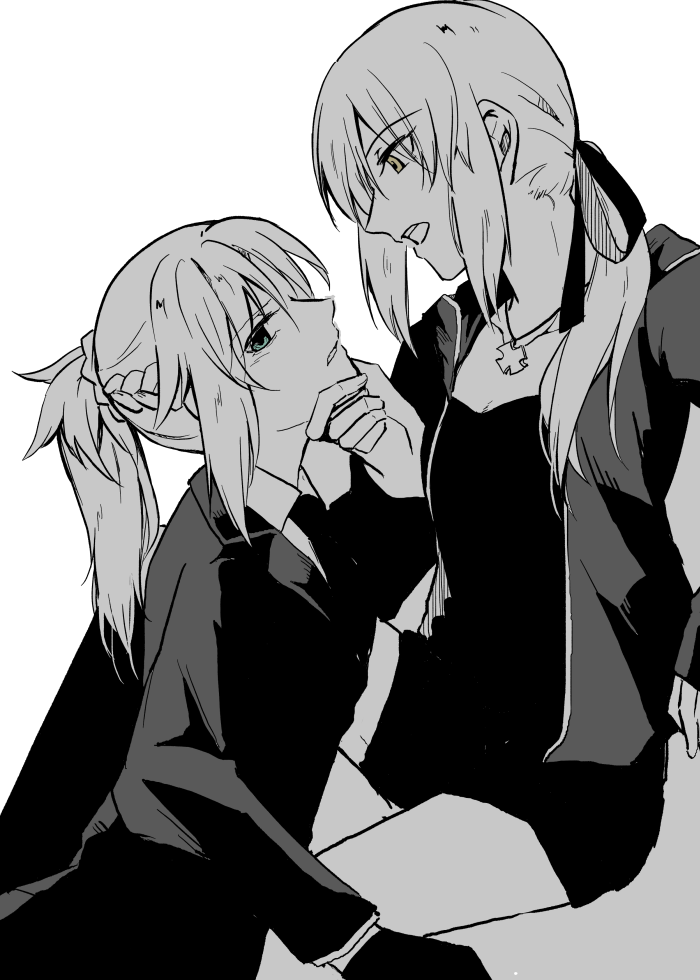 Is this considered in…?

Is it really incest? They're both copies of the same person

Mordred is a homunculus baby thing made by Morgan using sperm from Artoria during that unfortunate time Merlin literally gave her the D, not in the way you might usually think.

Salter is just Artoria being infected by grail mud.

They are actually different people.

Yes this is Incest. Artoria is Mordred's parent, just in a very round about way. They're two completely separate ​characters with their own agency, and a large piece of Mordred's character revolves around how much she wants her "dad's" approval, which is Artoria. Mordred doesn't like her mom (Morgan), this plays into how Semiramis reminds Mordred of Morgan, and she immediately doesn't like Semiramis because of it.

Kind of on a similar note but with less of a family dynamic, Conner Kent is a lab made clone of Clark Kent, but is entirely a different person and he's a unique character with agency entirely separate from Superman. In a way he's basically the offspring of Superman since he was made from his DNA. That's basically the gist of "clone" characters like these, they're just round about "kids" made from DNA that didn't go through a more standard process of a sperm impregnating an egg, along with a more traditional means of birth.

As for Saber Alter, she's not a clone and is still Artoria but a different version of her for various reasons. So Mordred would still be fucking a version of her "dad" here and that counts as incest I think. I might be forgetting a couple details, but yes it's all complicated and confusing haha